"This isn't where the internet was supposed to take us" 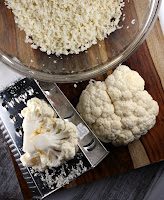 Every so often a study or article comes out which confirms what everyone sane already always knew: men and women are, in fact, different.  No, men aren't innately superior, nor are women (despite 9 out of 10 comedians looking for a cheap applause line), just different.  Only an idiot or an academic could come up with something so completely lacking in real world support as the idea that gender is a "social construction."
The latest big study is about how men and women see things differently.  No, I don't mean a dirty room or a pretty girl, I mean how our eyes work.  Sarah Glynn writes at Medical News Today:

Scientists learned that the color vision of men was shifted, after they asked the volunteers to describe colors shown to them across the visual spectrum. It also became clear that male subjects needed a slightly longer wavelength to experience the same hue as the female subjects.
It was not as easy for men to discriminate between colors as it was for women, meaning that the males had a broader ranger in the center of the spectrum.
...
The investigators found, by varying how quickly the bars alternated or how close together they were, that at moderate rates of image change, volunteers lost sensitivity for bars that were close together, and gained sensitivity when the bars were farther apart.
Both males and females had a harder time resolving the images over all bar widths when the image change was faster. However, men had an easier time resolving more rapidly changing images that were closer together than the women.

In other words, women see color and detail more clearly, and men see movement and change more quickly.  Not surprising stuff, really, its another small part what makes men better at hunting and killing while women are better at tending and caring.  And as always, there are varieties, this is just the overall average of people studied.

Yet it was another article about the website Pinterest that really cracked me up.  I saw it at James Lileks' Bleat site, in which a feminist moans that the picture and link sharing site is destroying feminism.  See, Pinterest is a chick site.  Its much more popular with women than men (almost a 2:1 margin), by a large margin.  Pinterest has over 23 million users, and 20% of women who use the internet are Pinterest fans.
And that's horrible, according to feminists.  Why?  Because women are posting chick stuff on there instead of just generic gender-neutral stuff.  Amy Odell at Buzzfeed complains:

Pinterest is mocked as "the Mormon housewife's bookmarking service of choice" and derided as horribly old fashioned, feminine, and regressive.  Ms Odell is horrified that women prefer sharing recipes, diet ideas, pretty clothes, and so on over feminist sites that reject these typical, traditional female interests.
Its like the horrified reaction to Martha Stewart.  Feminists and young single women thought she was Satan incarnate for showing how to use pine cones to tell when your plants need watering and what to use for an adorable table centerpiece.  They hated, hated, hated her, and probably still do although she's not as popular as she once was.
Lileks suggests that maybe these women talk about recipes and go to Pandragon to hear about how evil men are and how secretly they're all rapists barely constrained by law and society.  I expect probably not.  My guess is that the hairy-legged man haters at sites like Jezebel are quite in the minority of American women.  The membership of NOW can almost fill a schoolbus these days, as feminism has lost its power and interest among women.
Its not that women don't care about feminism, its that modern feminism left women behind.  They succeeded, beyond their wildest dreams, and had a choice between folding up shop and finding new outrages to justify money, headlines, and power.  They chose the latter, but most women shrugged and moved on.
The truth is, women, when given a chance to do and choose the stuff they like tend to choose girly stuff.  There's a reason its called girly to begin with.  I know a mom who, due to some things in her background, hates the idea of looking and acting feminine and tried to raise her two daughters as gender neutral and non feminine as she could.  Result: both love pretty clothes, dolls, and babies.  They pretend to be princesses, they love Tinkerbell, they want long pretty hair.  Almost as if its... natural for women.
And what kind of awful world would it be where men and women had identical interests, abilities, and strengths?  A gray, world where people speak in monotone and everyone has the same things.  A bland, empty, pointless world without interest, variety, challenge, or curiosity.
Yes, those idiotic extra pillows on the couch annoy men.  Yes, we can't work out why you are compelled to redecorate the house every season.  Yes we get tired of rearranging your furniture and waiting for you to choose between your 17 pairs of shoes.  But we'd hate it even more if you didn't.  But please, don't make that cauliflower-crust pizza, for the love of God.
Posted by Christopher R Taylor at 10:29 AM