REVENGE OF THE POPULAR KIDS

"Thank you for calling Initech, how may I direct your call?" 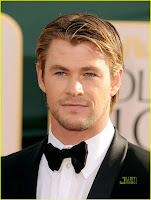 You've probably heard this a million times, even said it yourself: don't worry about being picked on or a nerd in school, those jocks and the popular kids are having the best time they're ever gonna have, they'll end up working for you.
Sometimes, that's true: Bill Gates can buy an entire professional sports team if he wants, and they'll all work for him.  Sometimes its not, and I'd say most of the time it is not.  In fact, if one study is true, the popular kids tend to be more successful in terms of money.Sarah Kliff writes in the Washington Post:


Gabriella Conti, Gerritt Mueller, Andrea Galeotti and Stephen Pudney used data from the Wisconsin Longitudinal Study, a survey of over 10,000 men and women who graduated from a Wisconsin high school in 1957. Researchers have continually followed up with this group, checking in on their social characteristics and career achievements.

they found that 35 years down the road, the more popular students earned 2 percent more than their peers. That’s nearly half — 40 percent — of the wage differential that students accrue from an additional year of education.
If a student moved from the 20th percentile of popular up to the 80th percentile it would yield a salary 10 percent higher — 40 years later. This held true after accounting for a number of separate variables, including family background, school quality, cognitive ability and adult personality traits.
And whether this holds true generally in the population or only specifically for certain groups, it makes sense to me.  If you're good with people, confident, and likable you'll tend to have an easier time with social situations which includes work.  A hard-working little shy mouse might get noticed on merit alone, but a mediocre-working gadfly and beloved figure will always get noticed, and perhaps even credited for more than they deserve.
This isn't really unfair, its just the consequence of having a certain sort of gift.  Smart people tend to know and understand more than less-smart people.  Attractive people tend to have an easier time in social situations and with strangers than less-attractive people.  Strong people have an easier time in physical situations than weaker people.
Overall, being great with others and having the talents and skills to create relationships, put people at ease, and be liked means you will have an easier time in life around others, which will tend to lead to promotions, easier hiring, and so on.  My brother Joel is incredibly good with people, projects strength and confidence, and comes across as easy going, likeable, and comfortable.  That translates into being liked and treated better in groups.
It doesn't matter what goes on inside someone like that, because people aren't telepaths.  They only know the outside, and that's what they go by, what else can they do?  If you're more reserved or shy, you'll have a harder go at making friends and networking.  I've always dealt with that: my friends tend to like Joel better, when we meet strangers, they remember and tend to gravitate toward him.  That's great for him, I'm not jealous - he's my brother and I want him to succeed and be liked.
Now, this doesn't always translate into wealth and comfort, its a matter of degrees.  Being more attractive tends to make it easier to deal with strangers for example, because they tend to like you and want to be liked back, but that doesn't mean they throw themselves at you or shower you with gifts (unless you are insanely attractive like, say, Milla Jojovich or Chris Hemsworth).  Being stronger doesn't mean you have an easy time at getting that football job, it means you have an advantage in that field.
The trick isn't to focus on one area.  Artistic people tend to be considered loftier or more talented based on their artistic skills, but that's just one area they're good at.  Often artistic people are greatly lacking in common sense or logic, lousy with interpersonal skills, or incompetent in physical areas.  Being really great with math is a big advantage in a lot of areas, especially technical fields, but it doesn't make you better at changing a tire or solving a mystery (sorry, Numb3rs).  We all have strengths and weaknesses that we work around.
So instead of focusing on one (monetary earning, hot relationships, popuarity, etc), it seems better to me to focus on overall picture and show how your strengths are your unique gift.  Yes, some people seem insnanely overqualified like Richard Burton or Leonardo DaVinci.  Once every 100 years or so, someone comes along that is ridiculously omnicompetent, and has great ease at everything they attempt, but they're freaks, monstrosities that stand out from the population.
So instead of telling your nerdy chess-club kid he'll end up running a business that popular football star will be a lowly employee in, tell him he's great at what he does and could be even greater if he worked at other things.  Instead of telling your artistic daughter that she'll end up running a fashion design company where those uppity popular mean girls work for her as models, tell her she's gifted and can be so much more if she expands her interests.
Because its probably not even going to be true.  Nerd boy might end up in the IT department at Initech listening to the annoying receptionist chirp about the Mondays while football boy turns into Brett Favre.  If that's all you think about in life, then you'll always be a failure unless you're that one in a million superstar.
Posted by Christopher R Taylor at 11:58 AM

Sadly they both have identical names, but the latter is significantly more accomplished, despite my enjoyment of the actor's work.