CIVILIZATION AND ITS BOUNDARIES

“My iPad 3 doesn’t warm my lap as much as my MacBook Pro.” 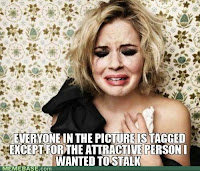 Is there a limit to how civilized a human society can become?  I don't mean that as a joke, its a serious question.  Clearly technology and benefits of a civilization can continue to advance, but the basic main trappings of civilization seem to have an absolute limit.
Civilization is difficult to define, and most dictionaries define civilization by its self.  For example:
The problem here is that they're defining civilization so vaguely that its nearly worthless, they're saying "Civilization is the state of being civilized."
The opposite of civilization - barbarism - is also vaguely defined, essentially saying "not being civilized" which just leads you in circles.  But the state of barbarism helps understand what civilization is. Barbarians have little education, are characterized by violence, tyranny, and cruelty.  Barbarians are primarily tribal, with small groups hating and fearing other groups.  Barbarism has little in the way of artistic expression beyond dance and some decoration, and has very little in the way of construction and production.
Hence, civilization is defined as being in a state where those things are not true.  Civilization would be educated, artistic, peaceful, tolerant, and free.  People in a civilization would be more united and less tribal, more productive and able to build permanent structures and items.
Civilization, then, is a setting in which the violence and insecurity of the past is resolved, leading to safety, comfort, and progress in education, arts, science, philosophy, and so on.  When a civilization ever reaches a point at which that progress ends or starts to reverse, it has reached the limits of civilization.
And in a world of essentially depraved human beings, humans with internal, personal flaws that prevent them from ever being perfected or utopian (in this world, at least), civilization tends to be suicidal.  Any time a culture reaches a point where it need no longer struggle to survive and be free, where its primary concerns move from merely living and facing the future into comfort, ease, happiness, and pleasure, then it starts to break down.  All of the virtues and strengths that created that civilization are no longer needed, and are not just abandoned, but considered negatives, things to avoid, mock, and flee.
Where in the past virtues like fortitude, temperance, and courage were needed to face the challenges of the wilds and barbarism, in a civilized society, they become limits that prevent complete immersion into personal satisfaction.  How can I focus on pleasure and happiness if I exercise restraint and limit my pleasures for the sake of a better future?  How can I be truly in comfort and ease if I have to face difficulties with courage and fortitude?
Further, the very soft, comfortable existence of civilization means that skills and personal traits that best encourage survival are not just unnecessary, but hindrances.  A human being only has so much time and personal ability; we cannot be all things at all times.  So abilities like building a fire, surviving in the wild, hunting, fighting, and knowing how to construct your own shelter and food sources become specialized and in a stylized form.  Few hunters today are hunters for survival, they are hunters for sport.  People don't garden to have enough food to survive the winter, they garden for the pleasure of fresh food.  Nobody learns how to fight for their lives in a civilized nation, they learn to fight for self defense or sport.

Consider the evolution of swordfighting.  When people had to know how to fight with a sword to survive, they used heavier, strong weapons with durable construction of high quality materials.  The gladius of a Roman soldier was a tool, nothing more.  It was not named, it was not venerated, it was just a device used to survive, and defeat one's enemy.  As the world became tamer and safer and swords were less about survival than style, they became more graceful, lighter, and less durable.  Swords started to become heavily decorated objects of art and combat with swords became stylized and regimented, with strict rules for fencing.  Now instead of being a way to live another day, it was a device for personal enjoyment and to make a statement.
Further, the things that were distractions and irrelevant in times of danger and barbarism loom much larger in significance in civilization.  Side issues such as whether girls should be given dolls to play with instead of gender neutral toys, or ailments such as restless leg syndrome were irrelevant in times of danger.  In a civilization they become major issues.  Sites such as "First World Problems" mock these issues with images and quotes, pointing out the absurdity of what is considered a burden or concern in a heavily civilized, wealthy nation.

“I have to get dressed so that I don’t look too lazy when I go out to pay the gardener.”
“I type so fast that my expensive fake nails keep hitting the wrong keys.”
“I want to enjoy my beer in the garden but the wifi doesn’t work out there.”

As these problems loom large, genuine life or death concerns are crowded out, even downplayed.  Unless a genuine disaster or serious threat arise - a hurricane, earthquake, major terror attack, war, etc - what matters most in life is pushed aside for what interferes with my pleasure and happiness.  People are genuinely upset and afraid a television show - Sesame Street - may lose federal dollars at the same time the nation is being crushed under a debt so large it exceeds all of the money the entire nation earns each year.  But when 9/11 happened, "reality" shows like Survivor plunged in popularity as people moved away from voyeurism and petty squabbles in a fantasy show and faced grim reality and real problems of survival.
Civilizations begin to tear themselves apart by downplaying or attacking the virtues that built them to begin with, and elevating and celebrating ridiculous and irrelevant side issues that could only be a concern in a culture with that much wealth and safety to begin with.  Maintaining that wealth, safety, and civilization is considered a burden, drudgery and frustration, at best.  Often, it is attacked as bloodthirsty, a throwback, something people have "evolved past."
We've grown to where we no longer need military or guns at all!  We don't need to be so concerned about protecting ourselves, we live in the 21st century!  Those moral codes and behaviors that allowed us to construct the comfort and the joys we savor are so old fashioned and outdated, we've grown beyond that now.
So even were a civilization able to advance past a certain point, it tends to begin slowing and hindering growth and even self destruct.  But I wonder if there is even any possible increased civilization beyond a certain level.  Can a culture become more civilized after it has reached a given point, or is civilization and barbarism more binary?
What I mean is this: if barbarism is defined by violence, little art, ignorance, tyranny, and fear... is the reversal of all these things not a set point at which you've reached the limits of civilization?  Once you have reversed the violence to peace, the lack of art to great expressions, the tyranny to liberty, the ignorance to education and so on, you've achieved your goal.  You can't get more away from ignorance, you are either ignorant or you are not.  The only expansion can be in the reach, not the expression of civilization, it seems.
So when a nation becomes civilized, it has reached a destination, not a step along a path.  And if that's true, then the efforts to greater civilize a nation are less about true civilization and more about creating  a culture that fits your philosophy.  And that could be perfectly fine, I'd prefer to see a more Christian nation, for example.  But trying to sell it as some great step toward higher civilization is misleading, at best.  All you'd be doing is either giving  a different sort of civilization... or a step back into barbarism, which is what it usually is.  Remember, barbarism is characterized by tyranny, and civilization by liberty.  Taking away liberty is a step back.
It also means that we need at all times to have a bit of that barbarism around to maintain civilization.  I don't mean we need colonies of thugs, I mean we have to maintain and cherish the virtues and ethics that earned us civilization to begin with.  A civilization cannot survive unless it has the momentum and attitudes that built it to begin with.  We protect civilization with the same tools we used to create it.  We maintain civilization with the same skills and approach we used to build it.
And if we abandon those, we inevitably, eventually, surrender civilization to barbarism.  Sometimes it comes very swiftly, sometimes it takes a long time.  Germany decayed into barbarism very quickly in the 20th century.  Rome took centuries.  But it always, without exception, happens unless we are able and ready to fight to keep what our grandparents and their ancestors created.
Posted by Christopher R Taylor at 9:14 AM

"if barbarism is defined by violence, little art, ignorance, tyranny, and fear..." it looks like we are moving in the wrong direction. We too easily confuse technological progress for heightened "civilization".

I would submit that civilization is a social construct that is relatively independent of material technology, but not immune to its impact. It is mainly a moral/ethical achievement of societal beneficence. To me it's the societal equivalent of reaching the pinnacle of Maslow's hierarchy of needs.

But just as with individuals, it isn't always easy to maintain equilibrium at the highest state. Technology disrupts things, outside cultures and natural disasters intrude, and self-actualization is hard work; decadence is a soft pillow. Decadence and decay occurs when you focus too much on the higher levels of attainment and neglect the virtues, characteristics, and skills required to attain and maintain the lower foundational levels. Neglect those and it slides or tumbles into a broken heap.

I'm kind of a student of history, so I'm acutely aware of how precarious civilization is. It is very troubling that so many people have no historical perspective. Things can turn very quickly and get very bad. We entertain ourselves with dystopian films, where civilization plunges into barbarism, but we neglect the civic virtues that will keep this from happening again, maybe, I don't know.