THE HOPE IS GONE

"I don't have a strong opinion" 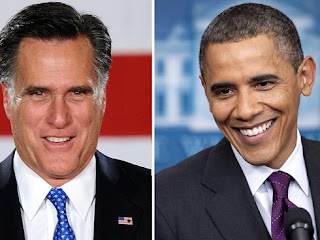 In 2008, candidate Obama was very successful at making voters think he was something fresh, new, and different. He managed to convince people he wasn't just another politician, but would change how things were done in Washington DC.  People were sick of the rancor, the bitterness, the partisan fighting.  They were tired of the overspending, the bickering, and the disconnect with the American people.  It seemed like corporations and special interests had the ear of politicians, not the American people.  It seemed like congressmen represented lobbyists, not voters.
So they gave this new guy a chance, despite his lack of experience and light resume.  And after four years, the verdict is in.  Brian Hughes visited campuses and reported on what he encountered, and it was mostly apathy:


"I totally drank the Obama Kool-Aid" in 2008, Nick Carey, 24, said over a beer at a dive bar downtown. "It's not that I think he's a bad guy. He's just another politician. Things haven't really changed at all."

The Republicans and the Democrats both claim that young people are on their side, but the truth is, most are apolitical and just don't care.  They see little difference between parties in behavior and attitude.  Sure, the policies might be different, but young people see them as equally corrupt, arrogant, in the pocket of special interests, and equally worthless.
For most voters, this would normally mean they vote for the incumbent; better the devil you know, after all.  But for young voters, it generally means not voting at all.  Remember the Obama Girl?  Even at the height of his popularity and after making a special video for him that became very popular, she missed the primary vote in her state - she didn't vote for him at all.  Supposedly she voted for him in the general election. Now she's apparently soured on the president.
The girl who actually wrote and sung the song (the Obama girl was just a model who lipsynched it for the video) still is a huge Obama fan, of course.  But she's 26 and doing well financially.  Most people her age are not.  Back when Obama was elected, things were getting pretty bad.  Now after almost 4 years, they're even worse for young people.  And instead of being different, Obama is more of the same, as far as these young people are concerned.
Again, policy-wise he is quite different from President Bush.  But from their perspective, he's even more tied to corporations, even more working with lobbyists, even more disconnected, arrogant, and even more bitter and divisive.  He's all the things they voted him in to change, bit worse.  And that doesn't cheer young voters at all.
Mitt Romney will never convince any young person he's not more of the same, he's rich.  To many, perhaps most young people, rich=crooked.  Its what they've been told their whole lives by TV, movies, books, magazines, and the internet.  Nobody gets rich without oppressing workers, abusing the environment, cheating tax laws, breaking the rules.  And they've been told Republicans are the party of oppression, bigotry, sexism, hate, homophobia, and regression.  Even if they don't believe that, the narrative still takes hold at some point in your subconscious after so many thousand repetitions.
So there's really no chance for Mitt Romney to present himself as a viable alternative to the system.  Perhaps he isn't an alternative, perhaps he is just another politician, like all the rest.  I'd say its more than probable.  Its unlikely anyone who gets to that level of politics is a reformer, just because the machine wouldn't let them.
But what Mitt Romney can do is present himself as a capable businessman who understands the economy and can get young people jobs, present them with a future, and make a difference in their lives.  Because if both candidates are interchangeable in terms of being politicians, then the young people who do vote are more likely to vote for the one that can help them find a job in this economy, not the one that promises their girlfriend gets free birth control through insurance.
Posted by Christopher R Taylor at 9:54 AM