IT ALL SUCKS TODAY

By pressing down a little key, it plays a special melody
-Kraftwerk, "Pocket Calculator" 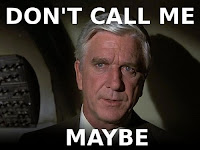 Something I like to do at times is to dig up older music like Kraftwerk and Cat Stevens, stuff from the 70s, and look at comments on Youtube. Youtube's comments are 90% noise and 10% signal, but music is fascinating to me because of what you read about the songs.

Pulling out Kraftwerk, I find people fascinated with how old it is and how it sounds so much like a lot of modern music, but fresher. Fans of modern electronic music find its roots in Kraftwerk, from Dubstep to Techno club tunes. And they're right. Kraftwerk basically invented all that music singlehandedly (and they were pretty much the only guys doing it for a long time, too).

Over and over again I see the same refrain, with little dissent: why can't modern music be this good? What's wrong with today?

In a certain sense, its not fair. In 40 years, we'll only retain the absolute best of today's popular music - assuming any can survive - and not the crap. There was a lot of just trash released in the 70s and few remember it or bring it up. Some of the trash was catchy - like today - but most of it was "earworm" category, memorable because you can't get the obnoxious song out of your head rather than because you savor it. Like a burnt popcorn kernel you eat by accident.

Yet they're right, as I've noted many times before: the overall quantity of good music in the past was higher than it has been for almost 20 years now. And again, that's just wierd. When I was a teenager in the late 70s, nobody in my school listened to music from the 30s and lamented the quality of the tunes on the radio. They savored Van Halen, Dire Straits, Waylon Jennings, The Commodores, and the Talking Heads. Yes there was awful trash then, especially then, as Disco was big, but there was some very fine music. People complained that Disco was horrible but they praised the great stuff coming out, too.

Its just a weird time to be watching popular music. When someone does do a throwback, doing something 'retro' or 'classic' it tends to be a huge hit. In 2003 Barry Manilow had a top 10 album made up of nothing but 50s standards. Barry Manilow. I keep hearing that there are great acts available online, and I find some but what I never hear explained adequately is why these acts don't get traction, but the top downloaded Itunes songs are Maroon 5, Justin Bieber, and Flo Rida.

With all the power people have to get and enjoy good music, why is the absolute crap selling still? Why is it that everyone seems to complain that they hate the modern music being fed us by record companies, but the alternative web-accessible stuff isn't making a dent in this industry? Why is it "Call Me Maybe" is still a top 10 download after almost eight months, and a band like, say Wolf Mother can't get any attention?

It makes me wonder if most of the complaints are actually by old fogies posing as young people are some thing, or that its become sort of a cultural thing to claim this but still young people love the new stuff, secretly. The entire music industry cannot all be driven by 14 year old girls.
Posted by Christopher R Taylor at 10:12 AM

"The entire music industry cannot all be driven by 14 year old girls."

If you add in boys who are emotionally 14 it can.