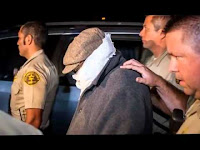 If you want to know what its like to be leaned on by a mega corporation, the fastest and best way to do so is to put up something that is vaguely Disney-like in any sense.  Put up a picture of Mickey Mouse, but slightly modified and count the  minutes before you get a nastygram from a Disney lawyer.  They are tireless, ruthless and always on the lookout.
Its almost a running joke in the art and entertainment community how bad Disney is about this.  They'll sue a 4 year old for a sketch of Pocahontas if they catch her at it.  Its one thing to protect your copyright, but they take this effort to an entirely new level.
And really, if there's ever an image and concept that ought to be public domain, its Mickey Mouse.  The character and the term has become part of western culture, belonging to the general public. Walt Disney has been dead for almost 50 years, and his company still acts like Mickey Mouse is their most valued treasure - and perhaps it is.  But eventually copyrights should run out.
But look at this video and tell me what you see:


This is a kids show on television put out by Hamas, its something for palestinian kids to see and hate Jews.  They are bombarded with this constantly and get little other education so its all they really know.  But look closely at "Farfur" the mouse.  Does he look... familiar?
Yeah, that's Mickey, with a few changes, probably because they couldn't get a real costume.  Its like a Chinese knockoff of Mickey Mouse, Mickee Mouse or something.  But its pretty obvious who it is.  And Disney's response?
Crickets.  No lawsuit, no nastygram, no attempt to deal with this.  That character was active for several months before being interrogated and killed by Jews. Disney's only response was a statement by Disney CEO Rober Iger: "We were appalled by the use of our character to disseminate that kind of message.  I just didn't think it would have any effect... I think it should have been obvious how the company felt about the subject."
In other words: we thought it was bad but did and said nothing about it until pressed by reporters.
And really, that's what the terrorists are trying to get people to respond like.  Its sort of like how the very same people who would stand up and scream at any other violation of free speech, the people who owe their very existence and business to the liberty to speak how you choose and the 1st amendment of the United States Constitution are the ones calling for punishment against the maker of the crappy film Muslim Innocence.  They are practically calling for blasphemy laws.
Why?  Because he made a movie that they're blaming for the embassy attacks.  They need to blame this film maker or the guys who actually did it will be the focus of attention, and that necessarily makes people ask uncomfortable questions about Obama.  So scream about this filmmaker.  Sure, President Obama went around for months bragging over and over again about how he personally killed Osama Bin Laden with only a bent fork but the Muslims don't mind that at all!
The legal principle several are trying to appeal to is the "crying fire in a crowded theater" one, which is a bit dated these days.  Basically its the same concept as saying your right to sing your fist ends at my face: free expression of your rights are restricted by damage caused to the rights of others.  If you do something so provocative and destructive that you cause harm, you aren't engaging in speech protected by the first amendment any longer.
The problem is, as Mary Katherine Ham points out, that's ridiculous.  Basically you're reducing the principle to "violent psycho's veto" so that any lunatic who takes offense at you and does harm negates anyone's freedom of speech.  The "crowded theater" idea requires a reasonable response in a harmful setting, not a lunatic response to an ordinary act.
More applicable here is the "fighting words" principle, which basically states that if I say something to which you would reasonably react with violence, you're not at fault for the resulting fight, as commenter AllenG at Ace of Spades put it.  You're still protected by the first amendment, but the response was not an unreasonable one and I provoked a fight: I started it.
The people actually guilty of the "theater fire" yelling are the Muslim clerics stirring up these mobs.  They provoke their less-than-educated masses into frenzies of murderous and destructive riots on a routine basis, using the slimmest excuse, even ones they know are absolute lies.  It is, they say, no sin to lie in the cause of jihad.  But of course blaming them violates the left's hierarchy of oppression and system of multiculturalist sympathies.  They were only driven there by how mean the White European Christian males were toward them.
Now I'm not going to go into depth here about the ocean of depravity, hate, and attacks on Christianity.  You can open any book club or visit any book store and find scores of books about how Christianity is stupid, how Christians are hypocrites and evil, how Christianity is responsible for every bad thing ever, how Jesus was a woman, how Jesus was gay, how the apostles and Jesus had orgies, on and on.  Its obviously a double standard here on freedom of speech, and its obviously generated by fear.
Muslims are more likely to kill you for what they consider blasphemy than Christians, many many times more likely, even in the worst parts of the world.  And Muslims define blasphemy much more broadly than Christians.  So the left responds in fear as well as out of political calculation: the crocodile may eat you first.
And the terrorists win.  They win by intimidating people and by using their acts of violence to accomplish political change.  The filmmaker "voluntarily" comes in for questioning in the middle of the night surrounded by a dozen cops like a drug lord.  The Department of Justice refuses under oath to state that they will never attempt to criminalize blasphemy against Islam.
And when a culture has as its primary worldview one of relativism and hedonism, if you can threaten peoples' comfort, ease, health, and pleasure then they'll do whatever you want.  Western civilization has neither the backbone to face discomfort for a cause or principle, nor a principle and cause to base it on, except that of what makes us happy in the short term.
So we get atheist reporters calling for freedom of speech to be restricted when it blasphemes against Islam.
Posted by Christopher R Taylor at 11:40 AM