"When you’ve lost Jay Leno, what does it mean?" 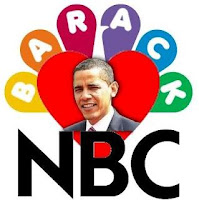 Something odd to me about modern news coverage is that story after story of career-making events and Pulitzer prize-winning opportunities keep coming up but the press just doesn't want to bite.  They've gone from being guys hungry for the scoop and ravenous in their drive to write that story first to being largely disinterested in news that doesn't help their political cause.
Fast & Furious, for example, is a once-in-a-career type story for the right investigative reporter, but they just want nothing to do with it.  And the news has gotten very selective about what they'll cover or even question.  We first saw it when the Obama team told the press "the Jeremiah Wright story is over, lets not bring that up any more" and they complied.  NBC refused to even touch a piece showing Obama talking about how great redistributing wealth would be, claiming they couldn't "verify" it.
And most recently the press heard Obama say some of his campaign ads were wrong and misleading, but not only did they not bother airing that portion, they didn't bother asking him which ads and how they were misleading.
Now, horrible economic news is coming out indicating we are probably already seeing economic contraction and that the previous growth numbers were off by 25% (1.7 downgraded to 1.3).  ABC mentioned it very briefly, CBS did a short report, and NBC totally ignored the story.
Ace at his HQ has had enough.  He wants a boycott:

NBC is in a precarious position as far as exposure to a boycott: Their shows are awful, they're cancelling half the shows they once had high hopes for, one of their semi-draws, The Office, is ending this season (after four bad seasons and creative exhaustion), and they are the most obnoxiously liberal network on TV.
They long have been. They long ago decided their demographic would be the "Smart Urban Set," by which they mean "liberals."
Someone has to pay. Let's make it NBC.

Now, while I am not necessarily opposed to blowing off NBC and its advertisers, I think this is a mistake.  Not because the concept is entirely flawed, but because of who the right is and what we do.
First off, ask yourself: what's the last NBC show you watched?  Sunday Night Football?  I ran down their list of programs and I saw 3 shows of their entire lineup that people might care about: Football, Jimmy Fallon, and 30 Rock.
Now I don't watch anything that NBC puts out, not a show.  But I've seen some old 30 Rock episodes and they were kind of fun.  I hear its lousy these days, just over the hill, and I can't stand Tina Fay, so I don't care if I miss that.  Jimmy Fallon is on way too late at night, and I never watch football anyway.  I think that, other than football, I'm hardly unusual.  I doubt many people are watching much on NBC today.
The truth is, I doubt even one of my readers even watches NBC Nightly News. People who read blogs and follow politics don't tend to get their news from TV; they probably don't even watch much TV to begin with, and if they do, its not the alphabet networks.
The people watching nightly network news are old, they grew up with those as trustworthy reliable sources, they grew up reading newspapers, and they get their news from those places still.  They don't give that up easily because it requires rethinking and learning and the older you get the more resistant and stubborn you are about it.  I'm annoyed Windows had to come out with something after XP; it worked fine.  Those people are the ones who'd have to boycott NBC, and they won't, do not read Ace of Spades, and won't even hear about it.
The thing about the right is that we're not very good at boycotts.  Sure, we make noises about it but for the most part we're already boycotting what annoys us.  We don't get the New York Times.  We don't watch CNN for news.  We don't watch nightly sitcoms very much.  People on the right tend to be more independent and skeptical of movements and activist bandwagons.  We tend to be defensive about business and trust the market to handle things.
What we are good at is "buycotts."  Remember the Chick-Fil-A kerfluffle?  We on the right wouldn't do much about CFA if we didn't care for it, but we will show up in huge hordes to support them with our money and patronage.
So if you really want to make a difference, the trick is not to boycott NBC, you're probably doing so effectively already.  Patronize their competition.  Buy what their advertisers are competing against.  If they have Burger King ads, buy McDonalds.  If they have Chevron ads, buy Texaco.  If they have Pizza Hut ads, buy Domino's.  And let their advertisers know how annoyed you are.  Pour it on, because advertisers definitely listen to that kind of pressure.
But the truth is, these guys are already wiping themselves out with lousy content and crappy news coverage.  Jay Leno recently did a joke about the economy and slammed President Obama in his opening monologue on the Tonight Show:

A new survey out today shows how much time we waste every day in our lives. For example, we waste seven minutes in line every time we go to get coffee, 28 minutes getting through airport security, four years waiting for Obama to do something about the economy. Every year, we waste a lot. We wasted a lot of time.

Leno didn't do that because he is some crazed right winger, he's a lefty.  He didn't do it to raise awareness, he did it because he knew it would resonate with listeners.  That kind of setting and joke isn't cutting edge, its confirmative; it is the setting where you say what people already know, make jokes about things people are already talking about.  And as Rand Simberg points out at Transterrestrial Musings, people know about this because they aren't relying on NBC to tell them about the news.
As the nightly news shows die out in ratings and the alphabet networks starve, they're already being boycotted.  Not by organized groups but by consumers shutting off the TV or changing channels.  Sometimes the market really does work.
Posted by Christopher R Taylor at 1:41 PM

I was on Ace when he posted the BOYCOTT thing and he said Beck was calling for one. And my reaction was... I don't watch NBC. I don't plan to find everything that advertises on NBC and purposesly not buy from them. I don't know if I'd be able to do that 100%. I'm not the only person in my life and I can't stop my family or girlfriend from buying that stuff. And she has buying power over us as a couple too.

And by the way, look how many people posted that they're "boycotting" becuase they don't watch anything on NBC... EXCEPT for this one show they like, or they can boycott unless something they like comes on. That's not a "boycott." That's having no interest, like me.

I guess Beck can get a significant number of people to do it. But NBC only cares so much. They don't pay taxes, they get TARP money anyway. Your taxes go to NBC as is.

And they have crummy ratings. They all do. If they cared, they'd do what ANY other business does. Ever. Always.: Copy success. No one saw FOXNews success and decided to let conservatives on. They would rather GO DOWN THE HOLE. That's how you know they're biased. They'd rather suffer than sacrifice their bias. They behave like no other business. They already suffer.

Then I saw your comment on a Buycott, and I knew you were right. You tackled it from the right angle.

And I don't know if the Chic-Fil-A "buycott" directly did anything. But what it did do was more important: it inspired conservatives. It heartened us to succeed in other arenas. And that's more important. You can't silence ideas, but you can defeat them.

Parks & Rec is a good show. You should check it out. So was and is Community.