"I think that the situation that I find genuinely frightening right now is that you have a ramping up of Biblical language, language from the anti-abortion movement for instance, death panels and this sort of thing, and what it's coalescing into is branding Obama as Hitler, as they have already called him."
-Frank Schaeffer 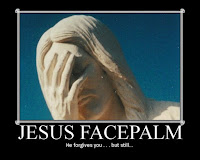 Psalm 109 is one of the kind you don't hear praise bands singing and don't see as a "praise chorus" at your local "contemporary" worship service. It is one that theologians categorize as "imprecatory" because it calls down judgment and fury upon the enemies of God and His people. Its filled with lines about destruction, curses, and misery and doesn't fit well with the keyboard violin sighs and repeated choruses vaguely invoking some higher authority which may be God.

Mike O'Neal is the Speaker of the House for the Kansas state legislature. He forwarded one of those political emails most people wish they could filter into spam, this one about President Obama. The Email says: "At last -- I can honestly voice a Biblical prayer for our president! Look it up -- it is word for word! Let us all bow our heads and pray. Brothers and Sisters, can I get an AMEN? AMEN!!!!!!" And it refers to Psalm 109:8:

Let his days be few;
and let another take his office.

Ha, ha. Now, the left is freaking out about this, claiming he wants the president murdered, that he wants Malia and Sasha to be orphaned, on and on. Meanwhile, O'Neal says he just meant that he wants President Obama out of office as soon as possible.

Now, I don't care for this kind of thing. I share his wishes about a short term of office for Obama, but this is not the only Biblical prayer one can give for the president. Christians are taught to respect those in authority, to pray for their welfare, not to treat them with mockery and contempt. The example we are given over and over again in the Bible by Jesus Christ himself and many others is that you approach those in authority as if God has placed them in authority. Even Pontius Pilate, who was not a kind and good ruler, was treated with deference by Jesus.

A proper prayer for those in authority - even those you do not like - is to pray for them to have wisdom, to govern justly, for them to love mercy and to be humble. It is a prayer for them to do what is right, fight against evil, and to grow in discernment and righteousness. It doesn't matter who they are or what they are like, this prayer applies to them all because they all need it.

Yes, the left's reaction to this is not just absurd but hypocritical. They wished for the same thing and far, far worse - even using scripture at times - against President Bush. Yes, the reaction is theater, their shock and dismay much the same as Captain Renault in the film Casablanca at finding gambling in Rick's place. Yes, they're staging this for political reasons.

But that doesn't make what O'Neal did wise or proper, either. Christians should be known for being loving, joyful, and wise, not snarky and bitter like the rest of the culture. We need to stand out for being different from the sea of mockery and antagonism we're surrounded by.

There was a time when all authorities assumed that they had to treat each other with respect at least when in public, in order to maintain order and preserve general regard for those in authority. It is a principle the military holds by law: you will not run down a fellow officer in front of the men, no matter what a miserable jerk he may be. This can be taken too far, but it is a principle that should be normal, if not compulsory, if for no other reason than it helps preserve culture and civilization. Yes, it used to be too much that way, people almost were afraid of authority. These days its too much the opposite: people hold authority in contempt.

Surely we can find a way to disagree with people in power without needing to reduce them to monsters and objects of derision and mockery, can't we?
Posted by Christopher R Taylor at 8:41 AM

"Surely we can find a way to disagree with people in power without needing to reduce them to monsters and objects of derision and mockery, can't we?"

I agree, CT, but it sure doesn't seem like people on either side are willing to dial down the volume when it comes to elections. I know that, for me, when every election decides the fate of the entire planet it all starts to become a whole lot of white noise.