"Really, if Snoop Dog or Dave Matthews had never drawn a breath on this earth would our musical lexicon be any poorer for it?" 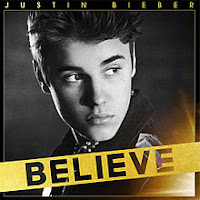 Old music is outselling new acts. Yes, if you look at the charts, you'll see the pop songs by new acts in the top 20. "Call Me Maybe" is number 1 as of this week. And most of the top albums are by newer acts (although I'm not sure how new you can call Linkin Park and Foo Fighters these days. But the Beatles are in there at number 7 with Tomorrow Never Knows.

Yes, tweens are buying Adele and Justin Bieber like crazy, but according to the Boston Herald, older albums are outselling newer ones. Jed Gottlieb writes:

And despite the music industry frantically pushing fresh blockbuster acts, old albums will outsell new ones in 2012 for the first time.

In the first half of 2012, catalog albums — the industry’s term for discs released more than 18 months ago — sold 76.6 million units. New albums tallied 73.9 units. It’s a narrow victory, but the margin will increase slowly, steadily over time. New will never top old again.

Labels and retailers have slashed prices on catalog releases, making them, on average, $5 cheaper than new releases. This has had a dramatic effect. Phil Collins couldn’t be less hip, but last week, when Amazon’s MP3 store cut Collins’ “...Hits” to 99 cents, Mr. Sussudio popped in at No. 6, ahead of such contemporary stars as One Direction, Chris Brown and Maroon 5 on the Billboard 200.

I think a lot of people do like the older music but are not willing to take a chance on buying it until its a lot cheaper. Plus its pretty easy to hear Phil Collins, so the motivation to buy that material is less urgent.

And while I agree that most modern music is derivative over-produced and auto-tuned crap, I think that the main reason people are buying the older material probably is cost. Because 18 months ago it was derivative over-produced and auto-tuned crap too. Justin Bieber wasn't brilliant a year and a half ago. Katy Perry's song about kissing a girl was released in 2008, she hasn't changed her act.

I keep looking and looking at "hot new act" lists and ideas. I looked up the three acts Gottlieb gave as evidence that there's great new stuff coming out (Neko Case, Vampire Weekend, and Arcade Fire) who are "brilliant art" and they remind me of the quality level of an old act past its prime putting out a new album. Not bad, but not as good as their old stuff. I'll listen to Rush's latest stuff, but its nothing like Moving Pictures, for example.
Nobody has put out an album like Rumors, Joshua Tree, or Dark Side of the Moon for more than a decade. You don't get the breathtaking acts that just amaze you with how great every song is in pop music any more and I'm not sure I could even explain why. Popular music hasn't gone through a dry spell like this ever before. There's a reason the Classic Albums series stops at 1996 with what looks like a sad gesture to modern music, Jay Z's Reasonable Doubt.

You can look through all the reasons people give - over production and lack of flexibility with modern recording techniques, record companies betting on what they think are sure things rather than taking chances, innovators gone from the companies and replaced by bean counters, packaging stars rather than artists, and so on - and they don't really explain what's going on. There have been periods where that happened in the past.

When Guns 'n' Roses and Nirvana showed up, music was packed with horrible crap like Poison, Janet Jackson, and Milli Vanilli. The industry was dying from all the same ills that are listed above, but there was another sudden surge of surprising talent and innovation. Grunge, Metallica, and Queensrÿche all slapped the industry in the face and forced them to take note.

Long before that, in the 60s bubblegum crap was dominating the charts, but Yes, Led Zeppelin and Jimi Hendrix kicked the stack of Marshalls over and changed everything. The thing is, even back then you still had acts like The Who and Rolling Stones around. The great was still out there, and in the R&B charts there was amazing, classic music being made. These days R&B seems played out and awful.

Where are these acts now? Supposedly they're out there but they are a lot harder to find. I'm listening to some stuff by Arcane Fire now and its not too bad. The album Suburbs seems pretty good. I suspect most of the good music out there isn't being done by pop acts any more to be honest. There are some great unknown roots acts out there, and some fringe stuff like Widespread Panic are doing good work.

So I wonder if the next Night at the Opera has been made and I just don't recognize it because, frankly, I'm getting old. At 46, pop music really isn't targeted at me. What energizes a 19 year old makes me feel frankly tired. The themes they respond to often make me sneer in bitter cynicism. So maybe the biggest problem with modern music is me.

After all, when Elvis came out, older people were shocked and thought it was awful. Now he's a classic everyone compares modern music to.
Posted by Christopher R Taylor at 8:15 AM