"We are our brother's keepers."
-Ayn Rand, Atlas Shrugged 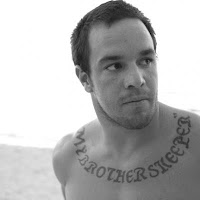 There's a bit of confusion in the Bible about a certain story and a line that especially the Democrats like to keep bringing up. That story is of Cain and Abel, and the line is "my brother's keeper." President Obama likes to use that to promote the federal government taking money away from some people and giving it to others. Dinesh D'Souza seems to think "We are our brother’s keeper" is in the Bible (its not).

D'Souza is paying to help George Obama pay for his son's hospital bills. George Obama is President Barack Hussein Obama's literal brother, living in a shanty in Africa. To my knowledge, President Obama has never sent this man a single penny of help or aid. For a man who likes to refer to keeping one's brother, that seems at best inconsistent.

But let's look at that Bible story a bit more closely. What happened was that Cain became upset at his brother Abel and became so enraged that he invented a new crime: murder. Killing his brother, he fled and the Bible tells how God talks to Cain, gently probing him to tell the truth like we do with children:

Then the Lord said to Cain, “Where is Abel your brother?”

And God said, “What have you done? The voice of your brother’s blood cries out to Me from the ground. So now you are cursed from the earth, which has opened its mouth to receive your brother’s blood from your hand. When you till the ground, it shall no longer yield its strength to you. A fugitive and a vagabond you shall be on the earth.”
-Genesis 4: 9-12

God gave him a chance to tell the truth, and instead Cain gives the line: "Am I my brother's keeper?" It wasn't a statement of ethics, it was a sarcastic remark to God "what, am I supposed to keep track of this guy all the time? You're God, you're supposed to know this stuff." Get that? This isn't a positive affirmation, its a sarcastic defensive snarl.

Guilt makes us do that kind of thing. We try to avoid the truth and turn things around so the person talking to us is the bad guy or wrong somehow. It helps us feel better about ourselves. Note that God does not say "yes, Cain." Cain isn't his brother's keeper. God is.

We aren't to be the ones responsible for keeping others, that's God's job and He does it His way. That isn't to say we aren't to care for anyone else. The Bible pretty clearly through direct law and indirect story and suggestion teaches us that we have a duty to care for the needy around us. We are to especially care for the orphan, the widow, and the poor among us, who we will always have around us.

Jesus goes out of his way to tell us that we must care for our neighbor, who he defines as "whoever you come upon that is in need." Even if its your natural enemy - which the Samaritan was to the Hebrew in those days.

See, the difference between being a keeper of someone and being charitable is key here. President Obama likes the idea of us being our brother's keeper because that entails more than loving assistance, but ownership and cradle to grave control. His scheme involves making sure everyone is constantly cared for without any need for them to take action, kept like a child.

Love means being willing to do something for someone that they may not like but need. A loving parent chastises and punishes a naughty child, an apathetic parent does nothing. Sometimes, someone in need has to be helped to their feet and pushed in the right direction. As Benjamin Franklin put it:

I am for doing good to the poor, but I differ in opinion of the means. I think the best way of doing good to the poor, is not making them easy in poverty, but leading or driving them out of it. In my youth I travelled much, and I observed in different countries, that the more public provisions were made for the poor, the less they provided for themselves, and of course became poorer. And, on the contrary, the less was done for them, the more they did for themselves, and became richer.

Giving a man fish forever makes him a slave. Giving him the ability to fish for himself sets him free. Being your brother's keeper means he's your pet, your slave, your property, perpetually dependent on you for life. Loving your neighbor means helping them be their own man, free and independent.

And I'm sorry President Obama, but while the Bible violently and overwhelmingly condemns failure to help those in need, it never once even hints that we should be forced to give money at gunpoint to redistribute to others equally. The Bible clearly wants us to voluntarily and individually help everyone who needs it, but never, ever supports or condones the concept of redistribution and compulsory assistance through government.

Because charity is about what you do for the sake of doing good - actual altruism - and not about force. If you help people through taxes and redistribution, you're not being charitable in any sense of the word.
Posted by Christopher R Taylor at 9:13 AM