FOOTBALL IN THE SIGHTS

"My job is to inflict pain on my opponent and have him quit."
-Junior Seau 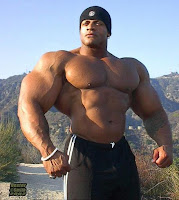 I'm not a football fan. Its frankly not very interesting a game to me and while it has bursts of furious activity, they are spaced out between long periods of nothing whatsoever going on in the game. Baseball for example has less furious activity, but there's almost always something going on, even if to the untrained eye you cannot see it. If you record a football game and reduce it only to the plays, the thing takes about 20 minutes of running time but is on TV for hours.

Still, football is terrifically popular, especially at the college level. According to television viewing, football (at the college and pro levels) is the most popular sport in America, followed by baseball. People love football to a fanatical degree, and it seems an unshakable institution in the country.

At the same time, there are voices of concern over the damage the sport does to the players and what that does to culture. Unlike baseball, football has never faced a big scandal regarding 'performance enhancing' drugs such as steroids or Androstene. People just ignore that particular aspect of a sport with more chemicals pouring through it than a pharmaceutical factory. But that is waiting in the wings as well, particularly as older players are dying from steroid abuse like Lyle Alzado.

But the physical pounding players sustain on the field, that's getting notice. There's a lawsuit against the NFL brought by the families of players who died from brain injuries right now that's getting virtually no attention.

George Will points out the problem in the New York Post:

Football is bigger than ever, in several senses. In 1980, only three NFL players weighed 300 or more pounds. In 2011, according to pro-football-reference.com, there were 352, including three 350-pounders. Thirty-one of the NFL’s 32 offensive lines averaged more than 300.

For all players who play five or more years, life expectancy is less than 60; for linemen it is much less.

Its a sort of power inflation; if you want a slot on the team, you're going to have to be the biggest, most athletic, most powerful, fastest guy on the block. That means teams are fielding monsters pumped up by chemicals and hormones into gargantuan size and strength. After a certain point, pads aren't going to be enough protection.
Human bodies can take a lot of punishment and heal up, but there are limits, and the brain injuries that keep popping up in players show we may have passed them in football. But that's not all. Linemen, who make up the bulk of the team, are trained specifically to hit as hard as possible, and to rely on their helmet to help them hit hard. According to players, they are trained to get contact with their helmet when they hit, and rely on the protection it provides.

New Orleans Saints defensive coordinator Gregg Williams infamously told players he wanted them to permanently injure and remove players from the games. He laid out bounties for opposing players: $1000 for a "cart off" (player temporarily removed from a game, but comes back) and $1500 for a "knock out" (player injured so badly they cannot return to the game). He was caught on tape laying this out, whether he was serious or just using it for motivation isn't sure and is largely irrelevant.

Linemen are taught to hit and kill, to crush their enemies, to be merciless, violent, and brutal. They may not get specific bounties like Williams laid out, but they're all told to destroy their opponent so badly he can't get up and fight back. "One rule they used to tell me: Kill the head and the body’s dead" claims former Browns defensive tackle Gerard Warren. Its an innate part of the game, and it is designed to develop fearless and aggressive play at the line.

The coaches don't want players to actually mangle each other, any more than you want an actor to literally break a leg when they go on stage. What they want is for players to be so amped up and so filled with energy that they stay excited, motivated, and filled with adrenaline the whole game because it is long and tiring. A powerful, motivated line makes the team very difficult to beat. Sure, they aren't exactly weeping when a opposing team's star player is carried off the field, but they don't literally want their line to destroy or kill.

But as Rush Limbaugh notes, people getting hurt and vigorous masculine competition is an anathema to the left. The idea of competition to begin with is ghastly and sub human to the average leftist, and they're horrified by masculine displays of strength and endurance. Why, I bet none of those men even get a manicure!

So as stories like this filter out, the voices of warning and concern raise as well. George Will's column warns that there's no way to actually retain the game of football as people love it the way things are going. If you lessen the hits, protect the players, and change the rules to prevent more injuries, what's left will end up looking more like flag football than the real game. Hard hits and brutal tackles are part of the game's excitement. Take that away and people will yawn.

George Will predicted later on a political talk show that the more people learn about the injuries and dangers in football, the less likely they will let their kids play:

We now, in our hyper-cautious parenting, put crash helmets on children riding tricycles.

How many of these parents are gonna let their children go out and play football once they learn -- again -- the chronic, the cumulative effect of small-brain trauma?

Already I know parents fear letting their kids play any sports, let alone football because of this fear of injury. Soccer is so multicultural and non-American that it tends to get a pass, but even baseball is shunned by some because of injury fears. So far significantly more violent events like mixed martial arts are largely given a pass by the media, probably due to their relative lower popularity and exposure. Of course, some politicians like John McCain still talked about banning it.

But getting rid of football, or at least significantly diminishing its popularity, would be a dream goal for many on the left. It would be a coup to deal with this conspicuously American, spectacularly masculine and violent sport. It would be a blow against competition and brutality in culture, as they see it. And there's no question that opposition to the game exists. The only question is when they will organize a real push to deal with the NFL, not whether.

Football is a dangerous sport, there's no doubt about it. There's a reason no team plays more than 1 game a week, and they get a week off once in a while during the season. Everyone knows that pounding is more than you can take so the players are given time to heal. The medicine that football has working with it is incredible, the conditioning amazing, and the technology that goes into protecting the players is phenomenal. Football as a sport is concerned about these injuries as well.

The NFL wants people to enjoy the sport and for the players to be protected and healthy. That's just a bottom line consideration; if your star gets killed on the field - something that hasn't happened in almost a century - or off the field (this does happen once in a while, particularly at the lower levels such as High School student Ridge Barden last year), then that's going to damage the game and its popularity. Plus, they work with these people, nobody really wants their employees and associates hurt or killed.

Its just hard to see how the game can continue the way it is, especially as players get bigger and more powerful, faster, and stronger.
Posted by Christopher R Taylor at 7:22 AM

Even here in a rural part of one of the reddest most football oriented states you will find, a lot of parents are reconsidering letting their boys play football. George Will is absolutely right: the scientific evidence for the negative and cumulative effects of brain trauma is very compelling, especially in relation to increased risk of alzheimers and dementia. I don't want the law getting involved, but neither do I fault parents for taking this into consideration. I played football and got a lot out of it, but not sure I wouldn't steer my child towards a different sport today.

"Soccer is so multicultural and non-American that it tends to get a pass..."

And it shouldn't, because after football the sport where you are most likely to suffer a concussion is girl's soccer:
http://sports.yahoo.com/blogs/highschool-prep-rally/girls-soccer-not-hockey-second-most-concussions-dr-184921171.html

“Its just hard to see how the game can continue the way it is.”

Contrary to what Rush and Will think, football will continue to be exactly what it is now. American’s accept certain inherent risks associated with everyday life, such as driving and the 40,000 deaths cause by it ever year, as well as recreational (viewing at least) endeavors like football.

The owners and the league are not about to completely change the sport that is so popular, and is a money making machine. They know, contrary to the obligatory “contrition” displayed recently what puts fannies in the seats.. Nor should they change it, nobody is forcing anybody to play the sport.

Look at the injuries, less the concussions, that players since the inception of the NFL, to say nothing of college, have lived with as a part of their choice of making a living.

I happen to think a major motivation of behalf of the players suing for concussion related injuries is nothing more than about money. I’d love to see the financials on the list of players taking part in the lawsuit.

BTW, the NFL has a policy for banned substances, players are suspended on a fairly consistent basis. Though it is rare, which may or mat not mean anything, but leads me to believe it’s a thing of the past. The science of strength and conditioning has improved dramatically in the last decade or two. The threat of losing 4, 6, or more paychecks ($100’s of thousands, if not millions of dollars for some) is a highly motivating aspect.

A couple things, linemen, do not make up the bulk of the team. Linemen, both offensive and defensive, are but 10 (excluding teams who only line up 3 on defense) of the 22 (starters) on a team.

Plus, I think you’re confusing (defensive) linemen with linebackers, and safeties, that are “taught to hit and kill, to crush their enemies”. Linemen, actually make the minority of the tackles in a game. Check the stats. Offensive linemen just block, no mauling.

One last thing to consider, players now a days have a different relationship with each other than in the past. The guy who across from you today may be on your team next year, due to free agency @ 1990.

The game has always evolved, from head slaps, spearing, crack back blocks and hitting a player when he‘s “down“, to no hits below the knee on the QB’s, “unnecessary roughness” and hitting a defenseless receiver. Change in the NFL is always over analyzed, especially by geeks who never played. (Love ya’ Rush, but shhh already on this.) And still the game is as popular as ever. Everyone chill. Or let’s bring back the gladiator games.