“You would have a bunch of people standing around in a cave, chatting and socializing and not getting anything done.”
-Temple Grandin on what the world would be like without Asperger's 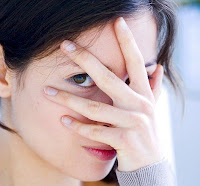 There's a persistent myth that Eskimos have 200 words for snow or some such count. The reason it endures is because it makes sense; they deal with snow all the time, and humans tend to come up with names for things they deal with a lot. Consider all the names for horses that came out of the long use of the animals for transportation, labor, and war.

Which is why, despite my problems with the term "Asperger's syndrome" I understand why it exists. Asperger's is basically a word describing someone who is socially awkward but very capable elsewhere. It is essentially social retardation, someone who doesn't interact with others well.

The problem is that giving this behavior a special term makes it seem like there's something wrong with people who are like this. The general assumption of society is that if you aren't a social butterfly, you're a mess, perhaps mentally disturbed.

Facebook has become such a pervasive force in modern society that increasing numbers of employers, and even some psychologists, believe people who aren't on social networking sites are 'suspicious.'

The German magazine Der Taggspiegel went so far as to point out that accused theater shooter James Holmes and Norwegian mass murder Anders Behring Breivik have common ground in their lack of Facebook profiles.

On a more tangible level, Forbes.com reports that human resources departments across the country are becoming more wary of young job candidates who don't use the site.

Slate.com Advice Columnist, Emily Yoffee, wrote in an advice column that young people shouldn't date anyone who isn't on Facebook.

'If you’re of a certain age and you meet someone who you are about to go to bed with, and that person doesn’t have a Facebook page, you may be getting a false name. It could be some kind of red flag,' he says.

Yoffee points out that these judgements don't apply to older people who were already productive adults before social media became widespread.

Society has always been like this. The main reason for racism wasn't an assumption of inferiority, but just a reaction to the different. You look different, you act different, you have a different accent: you're weird, I don't like you. In today's modern society being socially awkward is that kind of weird and different.

If your culture is fixated on youth, fun, comfort, and sex, then the one who isn't stands out. Someone who is awkward around others, who doesn't party, who is shy or reserved is strange. And so we give them labels, we identify them as odd, even wrong. Suspicious, perhaps. Dangerous.

While nobody would put up with treating someone like that for being, say, from another nation or having a different accent, being socially different is perfectly fine to label, mock, and ostracize. You weirdo, you're shy, how strange you are, maybe you should see a psychiatrist and work on your mental disorder. Being a homosexual is just a genetic quirk, a harmless variation. Being socially awakward? Psychologically damaged. Probably a bad hire.

Seems to me that says more about our society than it does the people labeled with Asperger's Syndrome. Maybe we need a new syndrome to refer to people fixated on socializing and the deep need to interact with others.

All I know is that being shy, reserved, or lacking social skills isn't a psychological flaw.
Posted by Christopher R Taylor at 10:11 AM