The United States was founded in large part due to a government that would not listen to its people, by taxation gone out of control to fund pet projects of that government, and by a tyrannical government which abused its subjects. Revolution broke out because of a desire for justice and freedom, out of outrage against the abuses by government and intolerance for misuse of power. 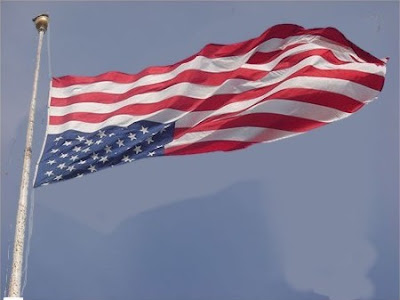 Today, were the founding fathers to wake up and look around, the first thing they'd do is reach for a rifle. They fought and died for liberty and independence. All we have left of that is a memory.

There is no limit to what the federal government can now use the tax law to force you into or penalize you for not doing. You're eating the wrong food. You're smoking. You're not exercising sufficiently. You are driving the wrong car, you set the thermostat too high. You're technically free to do this... but you'll pay the government for the privilege.

John Adams would have already put his uniform on and checked his weapons.

*UPDATE: Let me clarify this even more for people who think I've gone off the deep end. The Supreme Court of the United States just ruled that the Government Health Insurance Takeover Act was unconstitutional but then said it could be done anyway because it was a tax. They said "this is illegal but you can do it anyway, because it is a tax." Anything, anything the government wants to do now, they can do under this umbrella.
Posted by Christopher R Taylor at 9:46 PM