"I will sum it up. Online dating is waste of time for men and most women."
Having tried to find love online and finding only pain, I strongly advise people avoid the experience completely. I'm not joking. However, there will always be those who try, and a recent experiment by Jon Millward helps support my findings.

He took pictures of 5 guys and 5 girls and gave them all exactly the same gender-neutral profile as much as possible (other than some statistics). They all had the same write ups, the same answers to questions and so on, wherever possible. The pictures ranged from not very attractive to quite so. He posted them all in pairs in 5 different cities, and waited.

He found out exactly what I have seen: guys get virtually no responses from women. Women just don't take the first step and reach out to a guy, period. They will use a guy's profile to analyze a message they get from him, but will almost never take the first step. Here's how the messages broke down after a week:

Millward shifted the dating pool to the UK to test that, and found the discrepency was even greater: the women got 20 times as many messages as the guys, and the messages to the guys were the same as the fingers on your hand after a week. In the UK, women are even less likely to reach out and contact a guy.
I suspect there's a variety of reasons why women won't send guys messages. Probably part of it is just the usual "let him make the first move" thing that is part of being a woman. Its rare women will take that first step; they just aren't as aggressive or risk-taking and do not want to be the one who hangs themselves out to take abuse or rejection. Second, I think that just being on a dating site makes women feel insecure and uncomfortable, so going around messaging guys feels even more pathetic and desperate, which nobody wants to feel.

And third, there's some danger in reaching out to a stranger. Every single thing they say on that profile can be a lie - and in this case, it was. Making that first move exposes you to potential risk, which is significantly less of a risk for guys. Yes, she might be psychotic, but physically speaking women are in more danger from guys than the opposite, on average.

But the truth is, if you're a guy on these things, you're going to have to make the moves, and make them well.

And second, if you don't have a "hot" picture - show your bod, preferably some clevage or bikini shot - you're going to get a lot less attention from the guys. There are two reasons for this, from a man's perspective. First, most guys on these things are after nookie, not a relationship, so they're looking for the highest quality product they can sample. They want a hottie, someone preferably out of their dating class if at all possible.


Second, a shot of just a face can be incredibly misleading. There are some really cute girls: 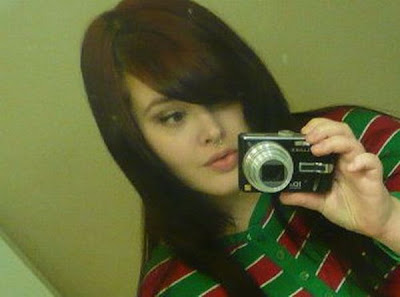 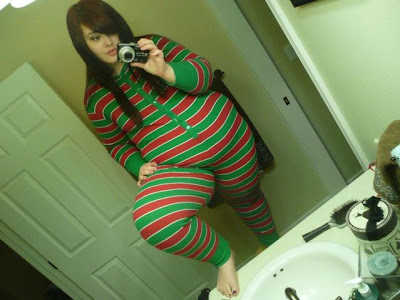 A face shot can hide a lot, and that matters a lot to most men. Its no different from women, having a cute face but a flabby or bloated body makes women go "eww" too. Life isn't fair. So a picture of a girl like this, who is pretty cute and young makes guys uncertain:

But a picture of a woman like this who is a little older but shows more, makes guys more confident:

And as you can see, contestant number 2 got more photos than number one.

Similarly, I think women who see a guy who looks like this:

More interesting than a guy who looks like this:

Because guy 2 seems too attractive, possibly too self absorbed. Any man who looks like that, they figure, wouldn't need to go online for dating. Guy 1 seems like maybe more real and probably an honest picture but 1? Maybe not. So you see that guy 1 got the most letters of any of the guy choices (but a miniscule amount) while guy 2 got the second most.

Guys are willing to take the chance that a picture is fake, or just are living the dream. Women seem more cautious about this, and untrusting, probably from past experience with lying men.

Here's the thing. People lie on dates, even if they don't mean to. They're at their most charming, friendly, and trying to be their best. They don't look like that alone at home. They don't act like that with their buddies. They might be nice enough, but people are in a certain role, performing an act while dating. So to a certain extent, they aren't being totally honest.

But in person, you can see their act more easily, you can listen to the tone of their voice, watch how they treat others, and so on. In person, you can more readily find a falsehood than online. And people tend to lie outrageously online. Jon Millward lists some statistics
The truth of the matter is that you're much better off if you find someone you know or can get to know organically - at work, at church, in social groups, at hobbies, etc - than someone you don't know and try to learn about through dating... or a computer profile. Yes, a lot of relationships start these days with online dating. Few survive any form of dating, and I suspect online, the ratio is even worse.
Posted by Christopher R Taylor at 11:25 AM

There is an argument that says females have a biological preference for higher status males and in any given group will ignore all but the most promising genetic material available... whereas males are more concerned about the opportunity to spread their seed across as wide a genetic sampling as possible.

If you believe that sort of stuff, it would go a long ways towards explaining why women get many hits and men get few on these types of sites.