TECHNOLOGY OF THE DELUDED

"How disappointment tracks the steps of hope."
Letitia Elizabeth Landon

I want a flying car. I know, everyone says that, but wouldn't it be great? To fly to work, ignoring roads, to take a nice trip in the sky and look around. You can do it in an airplane but they're fairly limited to where they can be used and landed, and they take very special training.

Except, it really wouldn't be all that great. People can drive cars fairly well in cooperation because we're all on roads, which are almost exclusively dedicated to cars. They're on the ground, and won't get in the way of anything else. Cars rarely go anywhere except on roads, and the ones that don't will usually do it only in special areas.

In the air, that all changes. For a glimpse of something how this might look, I give you the taxi chase scene from the movie Fifth Element:

But see how the cars are all flying in basically air-lanes? How they are basically acting as if the are on roads but floating in the air instead? There's only one way to make people do that, and its to force their vehicles to restrain themselves to specific lanes. And as you can see from Bruce Willis' driving, nobody can guarantee that wouldn't be hacked anyway.

Which means people would be flying around like Junebugs, and if you've ever seen those things, you know how catastrophic that would be. Even if all the wires and phone lines were buried instead of being in the way, even if somehow technology kept you from getting too close to buildings (again, hack), people would be bouncing off each other and flying all over the place. Planes work pretty well because the sky is really big and planes are not very common. There are very strict rules and very careful enforcement to make sure nobody bashes into each other.

Except they still do, even though there's so few planes out there, flying in specific "lanes" in the sky, under strict regulation. Add a few hundred thousand flying cars per city and... yeah, you get the idea.

Its one thing to have a collision on the ground, people die in those. But to have one in the air, then fall hundreds, even thousands of feet? Nobody lives through that. And having flying car parts raining down from thousands of feet means other people die down below as well. Cars bouncing off of structures, trees, and each other is a recipe for disaster.

Better would be just a personal hoverpack, not some bulky short-range, dangerous rocket pack but something I could pop on and fly around like superman in. If you're not in a ton of metal, running into things is less of a problem, and you would probably be more careful. Two people bonking into one another would still be pretty awful for them, but with some avoidance technology you could prevent that pretty easily.
SEXBOT

First off, getting one of these would mean paying more than your car costs. Once you've laid out $100,000 or more for a low end sex bot, you now have this 500 pound device in your house. Sure, for a while it's going to be exciting and interesting... but eventually you're going to get bored. It may be very nice looking (and even sounding), it may react like a real lover, at least to a certain degree, and it will never say no or have a headache, but that's going to get old after a while. 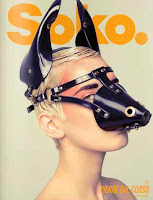 Now you have to worry about your friends walking in the house while you're dressed up in a gimp suit and your sexbot has the ponygirl upgrade kit in place - or looks like an actual pony. And no matter how common these things get, they're always going to have a stigma; you need to find somewhere to hide your robot's chassis when its not, in use, shall we say.

What's that, you say? Don't buy one, just rent it once in a while? Doesn't that strike you as even more creepy and disgusting than a prostitute? I mean its been used by someone else before you....

Far better is the idea of a labor saving device. A robot that cleans and cooks is a lot more useful than one that is just there to satisfy urges once in a while. If you can get 24 hour service from a slave bot you're getting far better value than a sexbot. A robot that keeps your house spotless and does the yardwork is worth a lot of money, and it doesn't even have to look or act human. That means its going to be a whole lot cheaper.

For millennia, humans had servants, even some of the poorer classes had someone to work in the house. Robots to do this work simply makes sense and would be a significant boon for many people, especially the elderly and disabled. But sex bots? Not what you'd think they would be.

A lot of technology isn't what people imagined it would turn out to be. Take the video phone. People were fascinated with this idea for decades, it was used in sci fi constantly, its been in movies and other media as the tech was developed. Around 2000, the technology was there, it worked. And people just didn't use it very much.

The idea of having someone to look at sounds great, until you realize that means they can see you. That means instead of getting dressed up nice and having the place in order only when they come by or you see them in public, you have to do it all the time or come across like a slob. Think back to your last phone coversation. What faces did you make while you were on the phone - think they'd like to see you make those faces?

In practice, the video phone - totally easy and available right now - ended up being something we just don't use much today. When it comes down to actually making and using a lot of technology, it just isn't as great or feasible as it might have seemed.
Posted by Christopher R Taylor at 11:21 AM