SHOW ME THE FUNNY 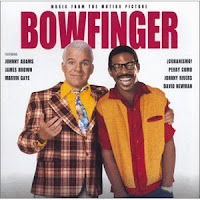 Humor is very subjective. There is much in life which people think is totally up to each person which is not (beauty, for instance), but humor really is up to each person. What I find hilarious you might shrug at. Some people find the TV cartoon Archer hilarious and I just chuckle once in a while at it.

That said, there are some things that people find really funny almost without exception, and that results in a lot of success. Comedians like Eddie Murphy and Jeff Foxworthy have made millions due to that factor.

So here's a list of the movies that make me laugh the hardest, the funniest, most entertaining movies I've ever seen. There might be funny movies out there I have not and should see, but this is my list. I would try to list them in order, but its nearly impossible.
Then there are movies that are very funny but aren't comedies. Films that have very funny parts or are hilarious but are also dramatic, even scary at times. These can be funnier than comedies in parts, but aren't really comedic overall.
Then there are movies I found incredibly funny but disturbing at the same time. The disgusting or unnecessarily foul parts detracted from the overall enjoyment for me and I can't really list them up with the rest of the comedies. Some on the list come close (Caddyshack, for instance) but squeak by. All of these were flawed by parts of an otherwise great film.
You really can be funny without gratuitous sex and profanity. Honest.
Posted by Christopher R Taylor at 10:17 AM

I would definitely have to put The Life and Times of Judge Roy Bean in the"movies that are very funny but aren't comedies" list. PLENTY of hilarious quotes!

Blood Simple was actually the Coen Brothers first "hollywood" movie. But it's not funny in any way.

If you get the chance, try A Funny Thing Happened on the Way to the Forum. One of the funniest musicals I've ever seen.

You're right, Forum is a flat out hilarious movie and belongs in the list. And yeah, Blood Simple was the first Coen brothers movie Joel. I keep forgetting that one.

The show "Jackass" wasn't my cup of tea. It was a stupid show with stupid antics. Yet somehow the movie Jackass is hilarious throughout.

Maybe it's the lack of commercial breaks. Or maybe I realized that the guys doing these stunts were professional stuntmen and the show is "how do stuntmen have fun" rather than merely stupid human tricks.