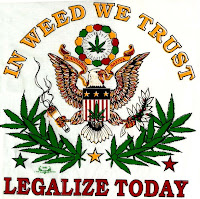 Libertarians are caricatured as wanting to legalize everything: drugs, prostitution, anything you can name. And some certainly are like that. Most do believe the "war on drugs" is a hideous, expensive mistake and the US should legalize most if not all drugs at the federal level, at least. Fewer are on the legalize prostitution bandwagon, but some are definitely there.

Now the United Nations seems to agree. The United Nations-backed Global Commission on HIV and the Law has put out a recommendation to nations that both drugs and prostitution be legalized. Amanda Swysgood reports at CNS News:

The commission, which is made up of 15 former heads of state, legal scholars and HIV/AIDS activists, was convened in 2010 by U.N. Secretary-General Ban Ki-Moon and is jointly backed by the United Nations Development Programme and UNAIDS – the Joint U.N. Programme on AIDS/HIV.
...
Specifically, the commission wants to:

-- “Reform approaches towards drug use. Rather than punishing people who use drugs but do no harm to others, governments must offer them access to elective HIV and health services, including harm reduction programmes and voluntary, evidence-based treatment for drug dependence.”
...
The commission calls laws against prostitution “bad laws,” and said criminalizing injecting drug use and prostitution stands in the way of “effective HIV responses.”

So what is going on here, did the UN suddenly become libertarian? Are they concerned with individual liberty and opposed to draconian laws against personal choice?

No. Rather the opposite, in fact. Libertarians oppose drug and prostitution bans because they are limitations to individual liberty. While a libertarian might freely admit that drug abuse and prostitution are bad things which can destroy lives, they also believe that its none of the government's business to ban bad ideas. Whether you destroy your own life or not is up to you, not the government, they argue.

And to a certain limit, I agree with this position. Take driving without a seatbelt. Bad idea, certainly. But is that the government's business? Absolutely not, because if something goes wrong, you're the only one who faces the consequences. Now, texting while driving? That's another matter: you're endangering everyone on the road, and possibly the sidewalk and nearby buildings by doing this. I can support laws against that.

That's not why the UN commission wants these legalized. This commission is focused on reducing HIV infection, and they are suggesting possible ways governments can help do so. How does legalizing prostitution do this?

Laws that criminalize and dehumanize populations at the highest risk of HIV--including men who have sex with men, sex workers, transgender people and injecting drug users--drive people underground, away from essential health services and heighten their risk of HIV.

See, despite all the rhetoric of the past, the most likely ways to get AIDS are to trade needles with drug users, engage in homosexual sex, and visit (or be) a prostitute. This commission figures that if you legalize all this, then these communities will be less likely to hide and keep their activities secret.

And when they're legal, then the legal sanctions can be put on wrong behavior by people doing this legally: hookers not getting checkups and requiring condoms, for instance. And at present, the United States has a ban on federal funding of needle exchange centers. Why? Because not only does the US Constitution not allow the federal government to buy junkies new needles, but people generally saw this as encouraging drug use which is a bit odd from a government which bans it at the same time.

This commission seems a bit naive, to put it mildly. Homosexual sex is legal in America and AIDS is still rampant through the community in San Francisco and other areas. Prostitutes are effectively legal in all big cities - the cops know where the hookers are, who they are, and what they are doing but tend to leave them alone except for politically-driven raids. And the idea that someone so reduced in their lives and self worth as to become a hooker would be careful about condoms even if their job was legal is simply absurd.

All the recommendations of this commission share a basic thread, behind their initial summary: more money and government involvement in these areas.

Now, granted, most arguments you'll see libertarians put up for legalizing various things involves more government as well, which is a bit of a contradiction. Legalize pot and tax it! They cry. You could have government checkups on prostitutes and make sure they follow rules! Which is not a lot different from what the UN commission here wants. I suspect most of those arguments are for the sake of convincing people to sign on to their goal of legal weed and the ability to get a hooker without asking if she's a cop.

But no, the UN has not taken on a libertarian streak.
Posted by Christopher R Taylor at 8:08 AM

Should the anus be used as a sex organ? Google First Scandal. When you get there, go to the top of the page and click on "Can you explain..." Please note: this website you reach will be deleted on November 1, 2012.