"If I have to start choosing restaurants on what sexual preferences they support or don't I'll never eat out, again."
-Garry Shandling 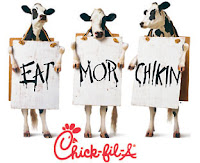 I've been blogging over six years now, and I've fallen into a comfortable, experienced method of writing every day. I don't know exactly how other bloggers do their thing, but I can guess in a few cases. Instapundit gets thousands of emails a day from people sending him tips on various stories and oddities they find or have written. He has blogs he regularly checks (you can tell by how often they get links) and writes about, and he just does a quick post on each link, sometimes with extended commentary.

Other blogs seem to want to be more on the newspaper side of things, jumping on any story as soon as it comes out to be the first on the block and get their version out. Some focus on events or special interest to them, others seem to be more interested in red meat (like Gateway Pundit), seeking stories of perpetual outrage and disapproval.

Sometimes you'll see a big story on the net that I never touch. In fact, I tend to avoid the topic du jour, or give it a quick once over, because I figure everyone else has covered that already. Take the Chik-Fil-A story, where the founder of a company was asked about some things by a church, answered honestly, and everything blew up in his face because he was being so politically incorrect.

I haven't written about the entire debacle for two reasons. First, I have nothing to say on the topic that hasn't already been said five hundred times by other people. All the hypocrisy, the first amendment violation of the two Mayors they backed off of, the silly nature of most boycotts, etc. All of it has been covered. So why write about it here, I don't have anything new to add.

Second, I like to write about the cultural and ethical reasons behind why people do what they do, and there wasn't enough to work with in this story. Mostly, its just political, this was one more "war on women" thing to gin up excitement in the Democratic Party base, which sadly a lot of people fell for. Nothing really new or useful to say, there. And that ties into how I write Word Around the Net each day.

I try to put at least three pieces up each day, plus a fun picture and a quote. The quote is because often quotes will say something important or wise in a very concise, brief way and I appreciate that. The pictures are so I have something for people less inclined to read long wordy posts, which I have too many of. That means I have five pieces of content a day, most of the time.

Word Around the Net has five different kinds of posts that I'll write about.

ESSAY
The first is the analysis and study kind. This is my favorite sort of post, and its why Word Around the Net came into existence to begin with. I was writing long comments on other blogs and people kept telling me I should start my own. To find a niche I tried to focus on comments, but that didn't work so well.

The essays I wrote for weekends for a few years were of this sort. I find a story or topic that not only piques my interest, but that I have a springboard to make a larger point from. I don't care to just write about a story and have nothing useful to say, you can get the story from anywhere. I want to write about what that means, why people are doing that, what it says about our culture, and why its wrong or right and how we should react.

If I don't have that hook, I'll let a lot of stories go. Almost everything that goes into the Word Around the Net weekend wrap up are stories I grabbed because I thought they were interesting, but could not find that hook. If someone rarely emails me something they think I should write about or may be interested in, it tends to sit in my links for a while because I have to find that hook, that approach that takes it beyond "hey look at this!"

So if I see something in the news like the Aurora shooting, I won't just write "oh this is awful some people were shot" because that's not only obvious, but redundant. I haven't said anything. I need an angle to write about that takes it beyond the surface to a more profound or at least interesting (to me) meaning.
MYTHBUSTER
The second kind of post I enjoy writing is the myth buster. This isn't so much a study on culture and meaning as a chance to share something I never knew or found amazing about something I learned. And it makes a statement about critical analysis and thinking: don't just believe what you're told. The entire Common Knowledge series is about this kind of thing, and people find it fascinating. That's my most popular series ever (closely followed by the Depression Era Survival Kit).

I love to find something that is generally thought to be true, research it, and show how things aren't what we've always been told. This is important to me because it is a valuable tool to lever people away from trusting the legacy media and seeing where we've all been manipulated and lied to by a certain segment of the culture for many decades. And hopefully it teaches people to question and analyze what they're told.

FUN STUFF I LIKE
Because I deliberately try to have a mix of tone and content on WATN, and because I need to have light hearted things in my life, I'll write about something silly, cute, or just funny whenever I can. This is why I put up the picture of the day to begin with, usually they are absurd or funny. This is why I wrote about the girl who plays Wendy in the commercials yesterday, or about Disney's Princes, and Hot Cartoon Girls. Its just stuff that I thought "hey, that's fun" and wrote about. I don't know if anyone else even cares, but it lightens up the blog and adds some variety into the usual mix you see on the internet.

THROWAWAYS
Because my health is unpredictable and often poor, I will post just junk to have content. I apologize, but I figure people would rather find something on the blog each day than nothing. Like most bloggers I think, I fear losing readers for lack of content on a given day and try to put something up during the week no matter what. Some days I just can't make it. Others, I put up just silly crap like "hey look, weird pictures" or even "this post was neat but people didn't read it much" reposts.

I apologize for the weak content on those days, but sometimes that's all I have in me. And some days its pretty tough to write anything at all for lack of interest and ideas. Frankly, you're lucky to get anything some days. I suspect all bloggers do this. If I had a ton of readers and commenters like some sites, I'd just put them up and say "open content!" or "open thread" and hope for the best. This is where the WATN wrapup came from in the first place: I just had a ton of links but no interest in writing anything, so I just barfed it all into a Friday bit. Turns out it was a pretty good plan and I kept doing it.

And the WATN is kind of a category all its own. I do put some analysis and thought into each of the links but mostly its just a link dump at the end of the week: stuff I couldn't find a hook for but thought was interesting. Here you go, take a look, here's what I thought.

But that's how I do it. I suppose its not that different from most bloggers. I suppose this kind of post (or the WATN FAQ and "what is a blog?" posts) are sort of a fifth meta-blogging category; blogging about blogging.
Posted by Christopher R Taylor at 11:04 AM

For what it's worth: I, for one, appreciate your efforts. You're on my daily must-read list. Keep up the good work.

I lurk. A lot. :) I've read your stuff since your time on a magazine's discussion board years ago. I'll admit I don't always click through from Google Reader because there's no visible teaser, but I especially like the Common Knowledge series.