HE DIDN'T BUILD THAT EITHER

"When you look at what Progressives advocate for, it's not hard to see that we are the true Patriots in this Nation." 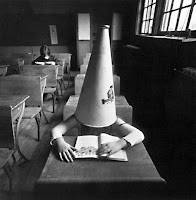 A few weeks back I wrote a piece about George Lakoff, relating to something by Zombie and his book The Little Blue Book For Democrats. Lakoff is professor of Linguistics at University of California Berkeley and promoter of how to use language to change the political debate so you shut up people who disagree with you and get the left more political power.

Well Professor Jacobson at Legal Insurrection found something interesting by Lakoff from the past, where he said this:

If that sounds familiar, you're right. That's what President Obama (and Democratic Senate candidate Elizabeth 'high cheekbones' Warren in Massachusetts) are saying lately.

Lakoff thinks that taxes are not to pay for the minimal required government for an ordered society, but rather "dues" of a sort to live in a society:

Taxation is paying your dues, paying your member-ship fee in America. If you join a country club or a community center, you pay fees. Why? You did not build the swimming pool. You have to maintain it. You did not build the basketball court. Someone has to clean it. You may not use the squash court, but you still have to pay your dues. Otherwise it won't be maintained and will fall apart. People who avoid taxes, like corporations that move to Bermuda, are not paying their due to their country. It is patriotic to be a taxpayer. It is traitorous to desert our country and not pay your dues.

Perhaps Bill Gates Sr. said it best. In arguing to keep the inheritance tax, he pointed out that he and Bill Jr. did not invent the Internet. They just used it--to make billions. There is no such thing as a self-made man. Every businessman has used the vast American infrastructure, which the taxpayers paid for, to make his money. He did not make his money alone. He used taxpayer infrastructure. He got rich on what other taxpayers had paid for: the banking system, the Federal Reserve, the Treasury and Commerce Departments, and the judicial system, where nine-tenths of cases involve corporate law. These taxpayer investments support companies and wealthy investors. There are no self-made men! The wealthy have gotten rich using what previous taxpayers have paid for. They owe the taxpayers of this country a great deal and should be paying it back.

See how this works? Government is the source and focus of everything in America, and you pay government for the right to live here. Taxes aren't something government depends on for its existence, given by citizens by choice. They're the price you pay for getting things from the government and those horrible rich people should pay more of it.

"There are no self-made men! The wealthy have gotten rich using what previous taxpayers have paid for. They owe the taxpayers of this country a great deal and should be paying it back."

That's what President Obama was saying in his speech. Its ridiculous, since the rich pay such a huge portion of the tax burden and since they paid workers and so on to get to the point they are at, but this is the origin of Obama's (and Warren's) speeches on the topic. Almost word for word, they copy lines from Lakoff's sadly confused understanding of taxes, wealth creation, and economics.

And while Lakoff is a linguistics guy and probably is not particularly conversant with economics - especially if he's teaching at Berkeley - Obama has no such excuse; part of his job is to understand how an economy works.
Posted by Christopher R Taylor at 8:30 AM