"I do believe sadly it's going to take some diseases coming back to realize that we need to change and develop vaccines that are safe."
-Jenny McCarthy 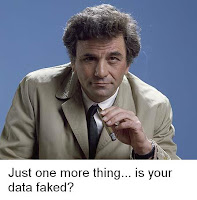 Modern western culture is built around a tendency to believe what scientists say without question. Lately that's begun to fall apart, but for decades people trusted a guy in a lab coat more than they did their own spouse. If a scientist said something was true, well then it had to be, it was science. That was the final argument: here's what science says. But like I've noted many times before, there isn't any "voice of science."

There is no "science pope" who speaks the final, authoritative word on any subject. There isn't even a single voice of science in any given field. All science can offer is a preponderance of evidence, not absolute but conclusive enough to trust when properly executed... until someone finds out something more accurate.

Usually these new discoveries make minor adjustments to previous findings. Sometimes they totally reverse what was previously thought certain. Most of the time it doesn't make the slightest bit of difference to our lives whether Newton's Laws were 100% accurate or just accurate enough to use but not completely precise.

Then there are the other kinds of scientific answers, such as climate change, where they don't simply say "well we think there might be a problem here" but instead scream "you must believe every word I say without question and immediately change your entire economy and lifestyle to destroy over a century of progress!!!!1!!!!!1!"

In the last decade the wall of trust around scientists has suffered a lot of damage because of the internet. It isn't that sarcasm, cynicism, and paranoia have been given such a powerful tool to spread their corrosion - although that's true - its that information is reaching us that used to only be "in house" and kept to the scientific community. For example, we have this story out of University of Medicine and Dentistry, New Jersey where neuroscientist Mona Thiruchelvam is retracting two studies she did there.

Her studies claimed to show a connection between pesticides in the environment and in our food... and Parkinson's Disease. Haley Dunning writes at The New Scientist:

Thiruchelvam fabricated stereological cell count data in two studies on how pesticides influence neuronal mechanisms involved in Parkinson’s disease (PD). The studies reported the results of 13 new experiments that supposedly counted nigrostriatal neurons in the brains of mice and rats, but an investigation spearheaded by the UMDNJ determined those counts were never taken.

When called on this, Mona gave the review board a file supposedly containing 293 images and data supporting her findings, but the files were "corrupted" and couldn't be opened. She blamed a computer virus. Eventually, she sent more files, this time not corrupt, but they were all variations of the same image, from work done before she'd even gotten to the university and for completely different research. Eventually she just refused to respond to the board and left the university.

ten years ago, you probably never would have heard about this because you don't get or read any scientific journals. But the research would have been reported on by a newspaper and you might have seen that. Just not the retraction and the fact that this work was all bunk. Researchers still suspect a connection between pesticides and Parkinson's, they just can't find any proof.

Here are a few more scientific tales of woe and horror that ended up being false. Like the Silent Spring/DDT story or the previous Science Bits you've probably heard about most or all of these, but haven't heard the whole story.
FAKE HOOTIES

Remember the breast implant lawsuits in the 90s? Rush Limbaugh used to hammer this as an example of lawsuits out of control and the way the media is complicit in fraud. There was a study done that suggested a link between silicone breast implants and certain auto immune ailments. That study proposed that silicone would "leak" out of the implants and cause joint inflammation, rheumatoid arthritis and other ailments.

The problem is the study was nonsense. That didn't stop lawsuits in America and England, though. Lawyers made millions off of companies that manufactured these implants, doctors who implanted them, and so on. Harvard Harvard Medical School, examined 87,500 nurses, of whom 1,200 had breast implants. It found no greater incidence of illness among women who had implants than among those who had not. Study after study showed that the claims were utter nonsense.

The lawsuits went on, and won and won and won. Dow Corning was evil and must pay. Doctors knew about the dangers and did it anyway. The United States FDA banned the use of silicone in breast implants. Lawyers argued "they wouldn't ban them if it wasn't true!" Juries saw dollars in their eyes for when they went to court. And it was all based on a faulty study, countered by many other larger more accurate ones. To this day silicone breast implants have a bad reputation.

I think breast implants are largely ridiculous, but they aren't the health risk lawyers argued they were. And at least one woman died from complications removing hers.

DEADLY APPLES
ALAR (Daminozide) was a big scare in the late 80s. It was an additive sprayed on apples to regulate their growth, make them easier to harvest, and to enhance their color. The activist group National Resources Defense Council put out a report that a byproduct was showing up in applesauce apple juice, and was dangerous. 60 Minutes did a special on it, showing that ALAR could be dangerous and the ball started rolling. Five separate studies showed that ALAR caused cancer in laboratory mice. Phil Donahue said "we're poisoning our children" on TV.

What went unnoticed in all this was that in order to get the lab rats to develop cancer, they basically fed the poor creatures enormous quantities of ALAR, hundreds of times the amount that any child would get in their lives, even assuming the residue would stay on apples. Which, independent labs demonstrated it did not. ALAR was not only harmless in the quantities anyone was going to be exposed to it, it wouldn't even reach the shelves of supermarkets. Apple growers sued CBS, but the case was dismissed in 1994.

HAWTHORN
There was a study done between 1927 and 1933 in a company at the Hawthorne's electrical plant in Illinois. It claimed to demonstrate that the length of work day, number and length of breaks, and so on had little to do with productivity. What they said they discovered is that workers who believe they are part of an experiment work harder, regardless of the content of the experiment.

Turns out the Hawthorne Study was hopelessly flawed to the point of being useless. Gina Kolata at the New York Times writes:

But only five workers took part in the study, Dr. Ross said, and two were replaced partway through for gross insubordination and low output.

It may very well be true that workers try harder when they think they're part of an experiment but this study was useless in determining it.

HIGH TENSION
Oh those power lines. All that electromagnetic energy running through them, right over your house, your kids! They are next to schools! Surely that's horrible! Claims of EMT (Electro Magnetic Transmission) health risks have run rampant for years, with families suing for problems with their kids housing values lower near a powerline, and so on. Except it turns out that there's no higher chance of any given health problem - or health problems in general - in families near high tension power lines than those not near them. I'm willing to believe all this electromagnetic energy we're continuously bombarded with might be harmful but there's been no evidence to show it yet.

SWORDFISH
Remember the National Resources Defense Council (NRDC)? They were the ones behind the ALAR scam. They struck again with Swordfish, claiming in 1991 that the fish was being overfished and wiped out. The media and government bought into this as well, until the National Marine Fisheries Service conducted a study and stated unequivocally that the swordfish was in no jeopardy whatsoever, and there wasn't the slightest bit of evidence to support the NRDC's claims. 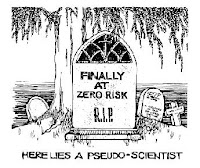 By the way, the NRDC is still out there. They still claim swordfish are being wiped out by overfishing, that the Keystone pipeline would increase gas prices, that oceans "are on the brink of ecological collapse," and so on. They sign on to any environmental and anti-industrial cause, and still are taken seriously despite their massive failures. Between 1996 and 2001, the EPA provided $4.6 million to the Natural Resource Defense Council (NRDC). I have no doubt its still going on with this administration.

Most of these myths cling on because of the enchantment of the conspiracy. When proof is offered that the myth is nonsense, the response is always "well yeah that's what the corporations want you to think!" Its always a grand conspiracy by pharmaceutical corporations, chemical companies, its the sinister rich paying off labs to cover up their evil.

There are a host more of these out there, from the Center for Science in the Public Interests' regular junk 'findings' to Bird Flu, Swine Flu, SARS, and Bisphenol, it keeps happening over and over again.

PAINTED MICE
And its not just activist groups and lawyers that are to blame for bad science.
Posted by Christopher R Taylor at 8:58 AM