"Where you find the laws most numerous, there you will find also the greatest injustice."
-Arcesilaus 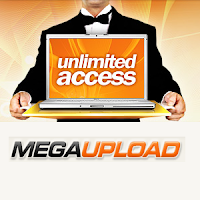 There is an aspect to the justice system that is fundamentally unjust and frustrating. The most recent and obvious federal example is the Megaupload case where the massive copyright and underage porn-law scoffing corporation was nailed by a joint multinational task force. The company basically bragged about how they were ignoring copyright law and encouraged people to put stolen material on their website, so I shed no tears for their legal problems.

Where it gets unjust is that at least some of the files that were stored on this site were perfectly legal and legitimate. It was a cheap way to back up files or store them on the internet for someone else to download. You could back up your computer on Megaupload. And people did that, they had real legal files stored on the website that now they have absolutely zero access to.

So they went to the government and said "hey, I have all my art on this site, can I get my files? They all belong to me." And the US government said "sure, but it will cost you." Jeremy Kirk writes at Techworld:

Prosecutors were responding to a motion filed by the Electronic Frontier Foundation in late March on behalf of Kyle Goodwin, an Ohio-based sports reporter who used Megaupload legitimately for storing videos.

Goodwin's hard drive crashed, and he lost access to the data he backed up on Megaupload when the site was shut down on Jan. 19 on criminal copyright infringement charges.

U.S. law allows for third parties who have an interest in forfeited property to make a claim. But the government argues that it only copied part of the Megaupload data and the physical servers were never seized.

Megaupload's 1,103 servers -- which hold upwards of 28 petabytes of data -- are still held by Carpathia Hosting, the government said.

"Access is not the issue -- if it was, Mr. Goodwin could simply hire a forensic expert to retrieve what he claims is his property and reimburse Carpathia for its associated costs," the response said. "The issue is that the process of identifying, copying, and returning Mr. Goodwin's data will be inordinately expensive, and Mr. Goodwin wants the government, or Megaupload, or Carpathia, or anyone other than himself, to bear the cost."

They shut down this site and people who were using it for legitimate purposes have no access to their data. If they want to get it, they have to hire a forensic computer technician to pull the data directly off the servers by hunting for it and getting just that, and proving its theirs. At their own expense.

And Carpathia is complaining that maintaining the servers that hold Megaupload's data costs them $9,000 a day in maintenance, rental, and power costs. The government refuses to pay for that, as well. Which is not unreasonable, but what are they going to do about that expense, while the prosecutors work on their case? Suing the Megaupload guys won't help until the suit is finished, and they won't be able to until the federal case is over, which means it could be more than a year before they see any money - if they win.

Lets say your neighbor steals your cable access and sets up a pirated movie site on his computer, and the police kick down your door. They traced the IP address to your house, and you're the one they target. They seize all your computers, all the disks you have, and then whatever else they suspect might be illegal in your house that's in plain sight.

Weeks later, after forensic technicians find embarrassing but legal stuff on your computer (You like Bronies?) you finally get your stuff back, or at least most of it. Its probably not completely destroyed, and if a few things got broken in the raid, well that's just how it is. Did you lose business in those weeks? Time on the games you play? Access to friends and family? Emails? Well tough luck, we messed up but that's just how it goes.

Its like a doctor grabbing someone from the emergency room waiting area based on what he guesses they need and applying a cure to them without waiting to see who they are. What's that, your tonsils were fine? Sorry, hazard of the job. You missed a few weeks of work? Well that's a price of medicine. Too bad. The work is so important, you have to make leeway for mistakes.

Sure you can sue the city for what they did, but the damages won't add up to as much as the legal costs, and you probably won't win.

Its not that I really understand what you could do differently, its just that there's a price to be paid for the protections we enjoy under the law and some of them can be pretty frustrating. Its all terribly organized and structured, but things still go wrong. And even when they go right, sometimes its not exactly as just as it ought to be.
Posted by Christopher R Taylor at 8:21 AM