"These leaks are inexcusable, and those responsible should be held accountable." 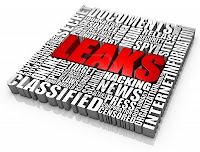 There is a need for greater transparency in government nearly everywhere. Far too much is going on behind the scenes and out of the public's awareness for a representative government such as the United States to function properly. The deals between congressmen to get bills passed, the earmarks slipped into bills without attributing who wanted them, the corporate interests working to manipulate legislation and regulation to their benefit, and so on are all corrosive to a republic.

Yet there is a certain level at which secrecy is necessary. The confidential informant that helps break up a child prostitution ring, the name of the spy infiltrating al`Qaeda, the time and place a black ops team slips into Syria to foil their nuclear efforts, and so on all need to be kept secret. This isn't a matter of things being done behind the backs of the American people, but for the American people in secret to let them be successful and avoid retaliation.

Americans and the world did not need to know all the things the New York Times revealed during the Bush administration concerning anti-terrorist operations behind the scenes. The efforts of Wikileaks to reveal certain specific kinds of secrets from some (mostly western) sources has resulted in the deaths of thousands, as Julian Assange himself admits. Some secrets should stay secret.

Which is why there's a real problem with some kinds of reporting. The legacy media went nuts with leaks and stories coming out during the Bush administration in a scorched earth campaign to take the president down. As long as Republicans suffered, anything was acceptable to them, even ruining efforts to protect them from terrorists. But it hasn't stopped with Barack Obama becoming president. Apparently unable to help themselves - and sometimes even encouraged by the Obama administration - the secrets keep coming out.
And those are just recent stories.

Now, part of this is politically motivated. The Obama administration wants to show how great they are and how smart and good they are at foreign policy and fighting bad guys. In the process, they're doing it in a foolish manner that actually hurts their efforts, and us, and secrets are revealed that do not need to be. In trying to look like Jason Bourne, they end up looking like Mr Bean.

The media simply loves hot secrets and scoops. This sells newspapers and is exciting to write about. They want to publish cool stories about spies and fighting terrorists and don't really like spy secrets to begin with.

In the past, there was a better understanding that some things might be sweet but unwise to report, so discretion restrained them most of the time (there were exceptions, such as the Chicago Tribune during WW2). For twelve years, the press restrained themselves from writing about FDR's physical condition. When the president would request that the press restrain themselves from reporting on something, they typically would.

This idea of some things being improper or damaging to write about seems to be going by the wayside, and even worse, the Obama administration seems to be encouraging it. Eager to present President Obama as a super spy terrorist busting super hero, they're handing the press stories that ought to be kept secret, and we all suffer as a result
Posted by Christopher R Taylor at 8:58 AM