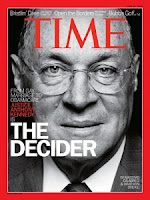 People are confused by Supreme Court Justice Anthony Kennedy. His decisions and how he'll go on a topic seem to be almost random, as if he decides by what the weather is like outside when he wakes up or something. Frustrated by his inconsistency, some have speculated he decides based on what will give him the most notice or importance.

Except there's a pattern, if you look closely enough. David Boaz looked closely at the Cato Institute and here's what he discovered, in a Time article on the man:

Instead of grounding abortion in a “right to privacy,” which is never mentioned in the Constitution, Kennedy declared it to be part of the well-established right to liberty….

He's not totally consistent, but Boaz sees a pattern here. On fiscal issues, Kennedy is right leaning. On social issues, he's left leaning. There's a political term for someone who is very keen on personal liberty and has these tendencies: libertarian.

And it’s not like the idea of Justice Kennedy’s libertarianism is a deep, dark secret. The writers might have consulted Helen Knowles’s book The Tie Goes to Freedom: Justice Anthony M. Kennedy on Liberty. Or Frank Colucci’s book Justice Kennedy’s Jurisprudence: The Full and Necessary Meaning of Liberty. Or Randy Barnett’s Cato Supreme Court Review article on the Texas case, “Justice Kennedy’s Libertarian Revolution.”

Justice Kennedy is probably the only libertarian judge on the panel. As I said, he isn't completely consistent but he's more so than any of the others.

And that's something that tends to really annoy conservatives, because his rulings tend to lean far left on social issues, which are more dear to our hearts than even fiscal ones. People don't much like Kennedy on the right, because he is so volatile, but at least with this information you can predict a bit better how he'll likely go.
Posted by Christopher R Taylor at 12:16 PM