"I would not think I was doing anything positive for my daughter to help her obsess over her hair, no matter what its texture."
A few weeks ago I watched a documentary by Chris Rock about black women and hair, especially about weaves. It was called Good Hair and although it relied entirely too much on scumbag con man Al Sharpton for "expert analysis" it was pretty interesting and until recently Chris Rock was usually worth watching.

Something that all the black men and women agreed upon in this piece, without shame or hesitation, is that black women are as fixated and loony about their hair as, say, white women are about their weight. Sure, white women will change their hair style and color and hate their hair but black women take it to an entirely different place. Every single one of the black guys interviewed agreed: you don't touch a black woman's hair. Most of the women didn't go swimming because it would mess up their hair, especially their weave.

A weave is a hair extension of straight black hair which black women have been using for years now. Most of the hair comes from India, specifically from a Hindu ritual where women sacrifice their hair in a temple... which then sells the hair mostly to America for good money. A good weave can cost upwards of $200 just for the hair, then you usually pay the stylist to sew it into place and straighten the rest of your hair so you end up looking like this: 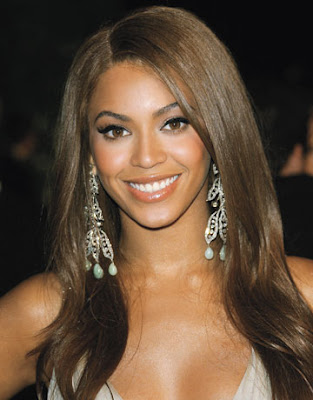 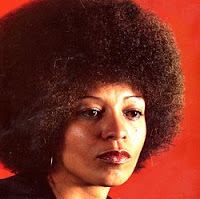 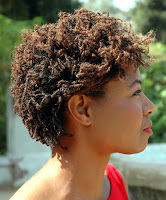 Now, in the "black and proud" late 60s and early 70s, black women were proud to have curly hair and an afro. Today, they all run for the barber to make their hair look as white as they can. Its not that the straighter hair doesn't look pretty, but the afro can look really good too, but you hardly ever see it. And what's worse, they seem to want to make everyone fit in.

There's a weird trend among American white women to want to adopt a child from Africa, apparently a trend started by actresses. Because, you know, there are no American babies that need adoption, apparently. And if that baby is a girl, well then the problems start. Here's Nancy French at National Review:

Within months, I started getting stares from other black women in public. If they were brave — and many were — they’d casually mention good hair stylists I could use, tell me which websites had good information, and suggest effective products I should buy. One lady at the store actually walked me to the hairstyle aisle and showed me exactly what I should do. Another very kind woman sent products to school and left them in my older kids’ locker to help me learn how to care more effectively for her hair. And these were not isolated incidents. Far from it.

A very bold black cashier at the mall asked, “Why do white people go to Africa, pick up kids, throw a headband on them, and think that’s okay?”

I took a look at my cute little baby, with her little fro and her pink bow.

Another cashier took one look at Naomi and asked, “Who’s doing her hair for you?” Her look of contempt told me that I needed to get someone to do her hair for me. I wasn’t having a good day, and I almost burst into tears. When she saw my face, she said, “I mean, you’re doing an okay job, you just might want to fix it.”

There are websites for taking care of your little girl's hair. There are books. There is plenty of free advise. You can't just let your baby be natural, you gotta fix her. Make her be the way women say she should be.

And its so odd to me because in a culture where the pressures is on not forcing gender roles and letting children decide and not being oppressive toward your kids... this one niche is unyielding and tyrannical. And its not guys who demand this, its women. Because its almost always women who tell women how to dress and look. Guys don't make women dress a certain way, its peer pressure from women "wow I'd never wear that but I guess it looks okay on you..."

Its one thing to teach your baby girl how to care for herself, and very curly hair takes more trouble and time to deal with than straighter hair - black or white - but this fixation on hair takes things to a whole other level.

Ladies. Its nice you want to look pretty, I wish honestly many of you would put more work into looking pretty and classy and less into looking trendy or whatever the heck you're trying to do today. But don't obsess over it. Spending thousands of dollars a month to get your hair so processed and chemically altered and baked and shaped and mangled until your hair stops growing because you killed the follicles is just insane.
Posted by Christopher R Taylor at 8:40 AM