"For all the talk of Christians being rigid moralists, the dirty little secret is that the left is far more rigidly, arrogantly moralistic, and it is cheerled by our cultural institutions" 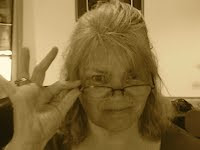 A few years back I wrote a piece for the Washington Examiner about the "subsidy" that oil companies were supposedly getting for drilling. Its a big talking point with the left, one that President Obama brings up every time oil prices go up, and its a red herring. As I wrote at the time:

The truth is, a tax break is not properly a subsidy. Subsidies are funds that governments give to someone to encourage and assist them to take an action. By reducing taxes for an action, that can have the same sort of effect, but it is more properly a tax break.

In the case of oil companies, the tax breaks in question are part of IRS Code Section 199, which allows any business to deduct certain expenses from their tax returns. The maximum allowable deduction is 9% of those expenses, and this is part of the tax code passed in 2004 under the "American Jobs Creation Act."

The idea at the time was to make it possible for businesses to take some risks and if those risks didn't pan out to get a tax break to reduce the pain and cost. This in theory would encourage businesses to expand and hire more.

These tax breaks apply to all businesses, not just oil companies, but the tax code specifically states that oil companies can only get a 6% break, not a 9%. Naturally since this is the tax code its a bit more complicated than a straight cut in taxes, but that's the basic gist of the law.

Oil companies pay almost $100,000,000 in taxes a day on average so its not like they're getting away with anything here. But notice: this applies to all business R&D, but oil companies specifically have a lower allowable break by law.

But President Obama strongly wants that "subsidy" to be cut and criticizes Republicans in congress as being greedy oil company patsies for not going along with his command. Which brings me to a more recent story, about Wall Street. Its a bit complicated but in essence it goes like this: when a company sells part of its assets, the profits are not taxed as income, but as "capital gains." This is standard for any business. Megan McArdle explains in greater detail in The Atlantic.

President Obama wants Hedge Fund companies to pay full tax rate and the Democrats in congress agree. The difference is significant. At the levels of money involved here, that means an increase from 15% to 35% taxation. And since Hedge Funds are all evil (unless owned by Democrats) and the source of all misery and equality on earth, if you believe some of the rhetoric, why that's just unfair. President Obama calls this a "loophole."

The pattern is pretty clear here. President Obama doesn't want the laws to change overall, he wants specific sorts of "bad" companies to be nailed by higher taxes. He wants to take individual portions of the economy and change the law specifically for these particular companies, not change the laws in general.

Because this sort of thing isn't really about government revenues; a year's taxes from these increases wouldn't add up to a single day of debt interest. It isn't about fairness, because these companies aren't getting specific unequal treatment under law (except maybe in the case of the oil companies, who are singled out for less of a tax write off).

Ultimately it has more to do with ignorance of law and taxes combined with an enemies list, a chart of good and bad sectors of the economy, the ones that need to be punished and the ones that need to be assisted. "Green" startups need cash flow to create a new economy of "sustainable energy," no matter how unfeasible that is. Hedge Fund guys and oil companies need to be struck down with an iron fist.

The odd thing is this is like having some super fundamentalist from 1910 in charge of government, choosing what sectors of the economy are wicked and sinful and which are holy and righteous. That company produces swimwear so wicked harlots can frolic on the beach showing their ankles, shame! This company produces hymnals and should be given extra tax breaks.

Its a system of morality that has decided that coal and oil are evil, hedge funds are sinful, and both should be punished. Its the same kind of rigid, bitter mindset which has a list of who's naughty and who's nice and is using the power of government - the gun - to try to shape reality by their command. This is how we got the Volstead act and prohibition: moralists demanding that the country be shaped to their worldview by the force of law.

And its being done by the very same people who insist that religion must keep silent in government, that the right wing wants to tell everyone how to live, and that double secret "dominionists" want to take over the country and make it a theocracy. Once more, the left accuses their enemies of wanting to do exactly what they are already doing.
Posted by Christopher R Taylor at 7:38 AM