LAW STRUGGLING TO KEEP UP

"Future shock is the shattering stress and disorientation that we induce in individuals by subjecting them to too much change in too short a time.
Alvin Toffler" 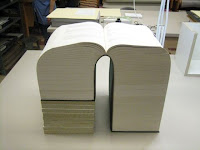 Several times in the past on this blog and elsewhere I've argued that copyright law has been left behind by technology and developments in culture. What once worked and was beneficial to creators simply doesn't work so well any longer and needs to change to face modern realities. It used to take huge and expensive equipment rarely available to the public to produce books, pictures, movies, and so on. Now it takes much cheaper, much more available equipment and those barriers simply aren't significant any longer.

Yet as I look over legal cases at sites like Overlawyered, How Appealing, and Volokh Conspiracy, I see that its not just copyright where the law is being left behind. From stories about filming cops to unmanned drones busting a farmer for claiming cows that wandered onto his land to 4th amendment issues in secretly filming bathrooms to arresting people for deleting material off their hard drive and beyond the modern technological world we live in seems to confuse and trouble the law.

Too often I'm reading about some new use of technology that the legal system isn't ready to deal with because either the tech didn't exist before or because it has recently become so compact and easy to use it now is a problem. Filming police officers has been possible for decades, but only recently has it become so easy and readily available. Nearly everyone has a camera in their pocket in the form of a phone today, and police can't stand it when they're filmed.

So laws are dragged out like "privacy" and "eavesdropping" statutes, as cops try to stop people from documenting their behavior and cities try to beat lawsuits from folks arrested for filming a cop. The legal system is slow by nature and design, to prevent rash decisions and bad law being made from crisis events. And that's good, but it also means it gets a bit left behind when things change rapidly.

Ten years ago, internet video chat was horribly low quality, slowly updating, and choppy. Today its like television. Ten years ago, a digital video camera was expensive, poor quality, and an extra device. Now its hard to find a phone without one. You can get a camera so small it fits in a ball point pen. You can beam that camera to a nearby computer, without wires. The stuff of science fiction and spy novels just a decade ago is commonplace now.

None of this is new technology, its just refined and miniaturized technology. And its getting to be a pain for the law to keep up with. The problem is that the answer that courts and lawyers are coming up with are often worse than the problems. Cyber bullying laws, federal driving cell phone bans, mandatory ultrasound scans, and more all are attempts to deal with new or increased problems due or supposed solutions available due to new technology.
In the process these almost always generate new and worse problems as a result. Banning the use of a cell phone while driving is actually not a bad idea in principle, but its not constitutional and another seizure of liberty by the federal government. Requiring ultrasounds during pregnancy might stop women from aborting babies, but its another expense the state has no money for and time hospitals and clinics don't have time for. Bullying laws almost always end up violating free speech and are generally considered unnecessary by teenagers who they're supposed to protect.

And each time lawyers put down a new pile of laws, that's incrementally less liberty for everyone as more and more gets restricted, and more and more unintended consequences follow. That means the law gets bigger and bigger, government gets more powerful, lawyers get richer, and we all lose a little more of our ability to do what we wish, while we aren't really protected much more if at all.

The problem is that in the past tech would advance slowly enough that as a culture we developed cultural standards and etiquette which permitted us to handle them properly. In the past, with a generally shared culture and set of ethical principles to guide us, we were able to create such guidelines, and we knew how to use a radio or a gun or a car together.

Today, there is no such shared system of ethics, and in its place is a strong tendency toward self-fulfillment, rejection of authority, and extreme short-term thinking which leads people to not just fail to create etiquette but not want to follow it even if any developed.

Eventually, an equilibrium is reached. There is new technology being developed on cell phones which allows you to share an image you capture, but only for a short time - you can send someone a picture and they can only look at it for the amount of time you list. You can block people from forwarding or saving it as well. That's the kind of thing which doesn't require laws to deal with a problem, it solves its self. And culture does eventually come up with agreed-upon rules, such as how to respond to a troll on the internet.

But for now, and for the near future, the system is kind of confused and breaking down. Its not "Future Shock" like Alvin Toffler depicted it, but he wasn't entirely wrong. And the legal system is a good indicator of how this confusion develops.
Posted by Christopher R Taylor at 7:56 AM