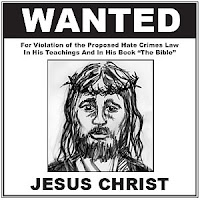 When someone starts to talk about the British game Cricket or the political situation in Zambezi or perhaps the best rifle to hunt elk with, I tend to be quiet and listen because I know so little about the topic I can't contribute intelligently. I've long ago found the wisdom in Lincoln's quote "it is better to be silent and thought a fool than open your mouth and remove all doubt" at least in these situations.

Some folks just cannot help themselves, though. Take ESPN writer Rick Reilly. Recently he wrote about Nebraska Huskers assistant Coach Brown who is openly Christian and talks about his faith, inviting others to join him. Well it turns out Coach Brown is a Biblical Christian, which means he believes that, like lying and hypocrisy, homosexual activity is sinful and should be avoided. Rick Reilly then decides to lecture Brown on the Coach's faith:

There are millions of Christians who think Brown is wrong on homosexuals. "The Bible gives no account of Jesus encountering homosexuals," says Pastor Craig Finnestad of the Water's Edge Methodist Church in Omaha. "Jesus loved everybody and his love for others didn't depend on their behavior or beliefs."

The Omaha anti-discrimination law passed, despite Brown's fiery warnings, and now Lincoln is considering a similar law. Public debate begins Monday. Brown has not said if he will be there to campaign against it, but he has the right. Apparently, he can spew whatever bigoted, hateful, un-Christian message he wants, without risk of losing his job.

Later Reilly claims he doesn't want Brown to be fired, but he does want him to quit because the university disagrees with him on the topic. I wonder if EPSN disagrees with Reilly on anything at all?

Now notice, this guy claims that condemning homosexual activity as is done several times in the old and new testaments, is "Un-Christian." This is not a statement of personal faith, Reilly is not a Christian as far as I know. He's just telling a Christian that he's not really because he disagrees with Reilly's position on homosexuality. The bit from the pastor is sort of comical, Jesus didn't meet or comment on a lot of things, such as raping babies and cannibalism. I doubt they'd have any problem believing Jesus condemns that activity.

The truth is, Christianity has to put up with this a lot, especially lately: outsiders lecturing us on what we really believe, or how we're wrong about what we believe, or how the Bible is full of crap, or how we suppressed parts of the Bible to help Emperor Constantine maintain power over women or what have you. Its not just insulting, its just silly.

For 2000 years, Christian scholars and thinkers have been examining the BIble to a degree and level of sophistication that writers like Reilly aren't even capable of, had they the slightest inclination. You're not going to find the one verse in the Bible that ruins our faith, no matter what your professor said in Comparative Religion 101 or what came up in late night bong sessions.

Christianity has withstood bloody, murderous persecutions, assaults from science and culture, philosophical analysis, historical studies, archaeological inspection, and daffy "literary criticism" for over a thousand years. You don't have the stuff to make a dent in this.

Guys like Reilly need to stick to sports, I have no doubt he knows a lot more about the topic than I do. Leave theology to people with, I don't know, some training in it, okay? As Ken Shepherd reports, ESPN has more than a few times been pretty hostile toward Christianity - remember, Keith Olbermann got his startthere. This is just a stupid pattern that will drive people to competitors. Stick with what you know, which actually happens to be your job.

Incidentally I don't know Coach Brown but I'm confident he doesn't believe this athlete is going to hell for being a homosexual. We all have sins, that's why Christ came in the first place, to save us from that.
Posted by Christopher R Taylor at 12:17 PM