EARMARKING BY ANY OTHER NAME

“This doesn’t make any sense for the government to be spending on this when they don’t have a viable product.” 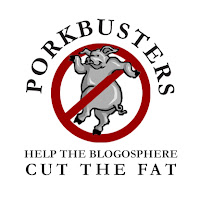 Ever since the Democrats took both houses of the US Congress in 2006, I've been hammering them for their misdeeds, stupidity, and corruption. However, before that I'd attack the Republicans for the same thing, and while my policy is to bash the ones in power the most, the GOP is not blameless.

Earmarks have taken on a pejorative meaning. They've gone from "congressional suggestion and markup" to "invalid expenditure, probably corrupt or wasteful." Earmarks have become a code word for congressmen throwing donors and constituents goodies at the public's expense. Even guys who claim constitutional high ground such as Ron Paul were in on the act, marking up bills for their districts then voting against them (knowing it was going to pass anyway).

It isn't that all these are bad, sometimes there's good reason for congress to put suggestions or requests as to how the money they appropriate will be spent. The problem is that its such a golden opportunity for corruption and favor mongering that it has become hideous over the years.

And it hasn't ended. Although the normal use of earmarks has become so ugly and politically damaging that congressmen have reined back significantly on them, they haven't gone away. Congressmen have just gotten trickier about how they word things. Jonathan Allen at Politico writes:

A provision for a uranium-enrichment plant in Ohio keeps cropping up all over Capitol Hill: $150 million in the Senate’s highway bill, $150 million in a Senate energy bill, $100 million in that bill’s House counterpart. There’s even talk of putting it in a final House-Senate transportation bill.
...

But the earmark has the top two Republicans in Congress on its side: House Speaker John Boehner (R-Ohio) and Senate Minority Leader Mitch McConnell (R-Ky.). And by Congress’ own rules, it’s not an earmark. Definitions aside, it is proof that when top politicians want to pay for a pet project, they can usually find a way.

Both men have a rooting interest: The company that would get the money, the United States Enrichment Corp., has a facility in Paducah in McConnell’s home state. Its new plant would be in Piketon, a little bit east of Boehner’s Ohio district. McConnell got the piece that he cared most about on Tuesday when the Energy Department extended operations at the Paducah site.

Even President Barack Obama has a stake in the outcome. In 2008, he promised then-Ohio Gov. Ted Strickland that he would support nuclear-energy programs like the one in Piketon. Now, he needs the state’s electoral votes again — and he wants the $150 million government subsidy, which could prevent layoffs in an election year.

Add to its list of backers both of Ohio’s senators, potential Republican vice presidential candidate Rob Portman and Sherrod Brown, a Democrat who is up for reelection this year, who teamed up to put it in the highway bill.

And according to reports, this would be like sending money to now-bankrupt companies like Solyndra and Lightspeed. They don't have a valid product, and they can't make it without the government loan guarantees. Which mean sits not a viable company to begin with.

The only Republican publicly opposing this legislation? Representative Steve Pearce (R-NM), whose home state houses a major rival to the company this bill would benefit. All politics aside, I'm fine with companies getting loans to start up or expand. I'm fine with politicians helping their constituents. I am all for more nuclear power plants, as I've written before.

But if a company cannot survive without infusions of federal cash, it deserves to collapse. And shame on Boehner and McConnell for doing exactly what they rightly criticize Obama for with green startups.

This is exactly why the Tea Party Movement wants to throw all the bums out, no matter who. Keep giving them the boot until it finally sinks in they serve us, not special interests, that they have to control their use of our money, and they are always accountable to the voters.
Posted by Christopher R Taylor at 10:17 AM