"As I expected those who were up in arms against the same-sex marraige and gay rights in general, sensing their defeat, are now in the front-line of sexual liberation of 21st century." 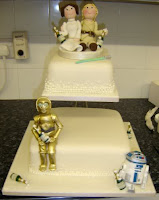 One repeated theme here and anywhere you talk to Christian thinkers is that once you divorce law and public policy from absolute, objective ethics, there are no limits. That if you reject the idea of a guiding overarching principle, then inevitably everything becomes legal and acceptable with a long enough period of time.

Some call this the "slippery slope" principle, but that's a fallacy. The argument is not "if you let this happen then something worse will as a result" but rather "if you cannot decide based on something solid and unmovable, then everything is permissible."

For example, this court case in Europe, where a brother and sister were convicted by a German court for incest. The couple is arguing that the right to respect for private and family life means that the law cannot tell them what they do behind closed doors in an adult and loving relationship is wrong. So they took their case to the European Court of Human Rights (yeah, that again) who has the legal power to overrule courts of individual member states. Yes, the people of these countries voted to let that happen.

Now as to that "what can it hurt" argument, sound familiar? Well it did to Antony Scalia after the Lawrence vs State of Texas Supreme Court decision, who argued that this opened the door to all manner of perversion and awful behavior.

The European courts decided in essence, that since a majority of European countries outlawed incest, then it was ok for them to do so. In other words, there's no principle that makes this wrong, just a majority decision, for now. The German court which convicted the couple decided based on potential genetic damage to the children and "protection of marriage and the family."

Now, this is where you'd ordinarily cue the "how does my relationship hurt your marriage or family" lines, except the folks who usually use that (in defense of homosexual "marriage") go "ewww" when it comes to incest... for now.

But in the comments of that Volokh Conspiracy post, they're willing to be a bit more consistent and follow through on previous positions by stating they thought incest should be legal. The word "consenting" comes up a lot, because its the present limit for most social leftists. I say "present" because that's all it is - not based on any ethical principle, just the limit to how far they'll go for now.

To their credit, not a few commenters noted that bans on incest are almost exactly like bans on homosexual activity, and the same arguments are used on both sides. One even excerpted the Lawrence v Texas majority decision, substituting "incest" where it originally said "homosexuality" to make that point.

And they're right. A lot of the same arguments do apply, on both sides. The "but they love each other," "who are we to judge," "it natural, animals do it," and "what can it hurt," arguments work exactly for incest. So do the "it destroys society," "it damages marriage," and "this is repugnant and opposed to objective ethical standards" arguments. All the same reasons many people today claim homosexuality is natural and of no particular concern apply to incest too, even if its repulsive to them at the present time.

And in this case, they can mix. If genetic defects of children is your only concern is homosexual incest perfectly acceptable, then? Clearly we cannot use "damage to society and marriage" as a reason to avoid activity, according to previous arguments.

Without a line at which we say "this and no further" then you keep going on until forced to stop by societal collapse or external forces like barbarians at the gate. If you have no standards, then eventually everything must be permitted. Its just a matter of time.
Posted by Christopher R Taylor at 11:31 AM

I think you make some good points here, but I would also say that many people argue for "legalized perversion" not becaue they lack standards, but because they don't see it as their place to force their standards on others in circumstances where it is difficult to prove the actions in question are hurting anyone else.

I incest is disgusting, but there are things I think are even more disgusting that are perfectly legal. Eating dog vs. sleeping with a *really* good looking cousin? It would at least be a tough choice.

Yes, that would be the "its none of our business" argument.

I think it is "our" business to a degree, but my argument would be more "it's more your business than my business".

But even if the argument was "it's none of our business", that's not the same as having no standards, and it doesn't mean everything must be permitted.

A standard of "you can pretty much do what you want as long as you don't directly harm or threaten others" is still a standard, it's just a different standard than the status quo.