HOW'S THAT WORKING OUT FOR YOU?

"It’s a good thing my dear old mum and pup are no longer alive. They’d cut off my allowance." 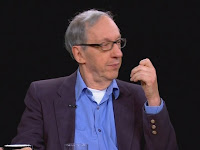 It might be just sour grapes or mean spirited bitterness but most conservatives suspect that President Obama didn't really write his books. There's not a little evidence for it, and few big time public figures actually write their own books, but we have no proof. Christopher Buckley, though, thought it was a wonderful indication of superior humanity. Buckley wrote in his 2008 Daily Beast column:

I’ve read Obama’s books, and they are first-rate. He is that rara avis, the politician who writes his own books. Imagine.

Yes, what a special person, he wrote his own books. I'm challenged to believe Buckley actually did read the books, or if he did his memory and reading comprehension must be severely challenged, because he then went on to write:

But having a first-class temperament and a first-class intellect, President Obama will (I pray, secularly) surely understand that traditional left-politics aren’t going to get us out of this pit we’ve dug for ourselves. If he raises taxes and throws up tariff walls and opens the coffers of the DNC to bribe-money from the special interest groups against whom he has (somewhat disingenuously) railed during the campaign trail, then he will almost certainly reap a whirlwind that will make Katrina look like a balmy summer zephyr.

Obama has in him—I think, despite his sometimes airy-fairy “We are the people we have been waiting for” silly rhetoric—the potential to be a good, perhaps even great leader. He is, it seems clear enough, what the historical moment seems to be calling for.

Well how's that working out for you, Chris? He made it pretty clear in his books he was a hard core leftist who was raised and taught by marxists and radicals, what did you expect?

I think this piece has been shredded and "fisked" and run over thousands of times in the past so I'm not going to go into much here, other than to say that Buckley left himself an out. He said that if President Obama acted like the hard core radical leftist he is, well then that wouldn't be what he voted for.

Guess what: he's exactly what we warned he would be, and you feared, Buckley. The difference is we didn't vote for or endorse him. And while I've written several of my own books, I didn't go to Harvard or Yale. Funny how I could work out what you seemed incapable of.

Of course a few years later Buckley admitted that President Obama was becoming everything he warned against and that he was now opposed to the man as president. Well we didn't need to wait.

I was reminded of the Buckley Column by King Shamus at Baldilocks.
Posted by Christopher R Taylor at 9:46 AM