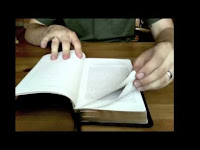 I have a book out on Amazon and Smashwords, an e-book that can be downloaded to read on a device such as a Kindle, I-Pad, or any cell phone with the right program. I only charged $1.99 for it, with the thought that since I'm a new author, I need to attract readers, and 2 bucks is cheap for a book that's nearly 300 pages. I'm proud of Old Habits and reviewers have given it rather good ratings everywhere I've seen (4 stars out of 5 is the average).

However, the publishing industry is convinced that books need to cost a lot, and they tend to put their books out on Amazon and other e-book sources for as much as $15. Then they scoff at the e-book model, because it doesn't work. In fact, these publishers are trying to drive ebook prices up, angry at the low cost they tend to market at. The US Justice Department has filed an anti-trust suit against Apple and several leading publishing houses.

Apple, Hachette, HarperCollins, Simon & Schuster, Penguin, and McMillan are all named in the suit, but of these all but the last two have settled already. The suit alleges that these companies collaborated under Apple's leadership to limit competition for e-book pricing, keeping the price high.

Consumers armed with tablets and electronic readers are quickly altering the publishing landscape. The shift away from printed books to e-books allows publishers to increase their profit margins by reducing printing and shipping costs.

The illegal pact between Apple and the book companies is alleged to have been brokered prior to Apple’s introduction of its iPad in 2010. At the time, Amazon.com (NASDAQ: AMZN) dominated the e-book market and prices had fallen to about $9.99 for newly released books.

The magic number was that $9.99 price, agreed upon by these companies, according to the lawsuit, but there are signs that's starting to change.

Right now, the average price for a Kindle book is about $6.50 and for the Nook it is around $8.94. Amazon's entire business model is based around massive volume and undercutting prices (Wal*Mart does the same thing), which is enraging some publishers. David Streitfield writes in the New York Times:

The Educational Development Corporation, saying it was fed up with Amazon’s scorched-earth tactics, announced at the end of February that it would remove all its titles from the retailer’s virtual shelves. That eliminated at a stroke $1.5 million in annual sales, a move that could be a significant hit to the 46-year-old EDC’s bottom line.

“Amazon is squeezing everyone out of business,” said Randall White, EDC’s chief executive. “I don’t like that. They’re a predator. We’re better off without them.”

Their complaint? Amazon was being mean and requiring the price of a new book be no more than $9.99.


The publishers wanted to stop Amazon from using what one of them called “the wretched $9.99 price point,” according to court papers. Selling e-books so cheaply, they feared, would solidify Amazon’s robust grip on the business while simultaneously building a low-price mind-set among consumers that could prove ruinous to other bookstores and the publishers themselves.

Now as a writer, high book prices sounds attractive, but the problem is that you cannot price a product out of its consumer range. And since e-books are so cheap to produce and have an almost eternal shelf life, its absurd to charge that much for a book. Without needing to pay distributors, shipping, and sell books at wholesale prices to a retailer, you suddenly make a much bigger profit off each unit. The price of an e-book doesn't need to be as high to get the same kind of profit.

I rebelled at first at the thought of putting my book up for under two bucks. It sounded too cheap, like I was reducing the perceived value of the product. But I realized that the model of books in print and electronic books are totally different. People just won't pay as much for an electronic version of anything, for a variety of reasons (it doesn't seem like you're getting as much, for example). And since it costs so little to produce and get on the market, your profit margin can actually be much higher as a writer with a much lower price.

Let's put it this way: in the traditional publishing model, you can realistically expect to make $1 per copy of book that sells. When I put a book out on the e-book market, I get about 80 cents a copy at $1.99. The usual price is around $2.99, which I'll try with the next book I finish, and the profit is over a dollar on each copy at that price. In other words, for a third or less of the price, the author gets paid significantly more per copy of book that sells. As long as he self-publishes instead of going through a publisher.

And here's where it gets ugly. Publishers are complaining that Amazon's prices are so low they can't make any money. And based on the above, that seems utterly absurd. I wouldn't at all be surprised if Amazon is undercutting these guys in order to be a more powerful competitor, its how they do things as I noted before. But to complain this is ruining profits is just ridiculous. By cutting out much of the cost of getting that book onto market, the profit margin of an e-book is enormous. I agree they are making less profit per book but they're still making a significant profit.

And given how bloodthirsty publishers are, I doubt they are passing on this increased profit over physical books to the author. And authors are caught between these warring sides, unable to get any money at all while publishers refuse to put product on Amazon because they want a bigger cut. And by removing product from Amazon, publishers lose a tremendous amount of the market because that's where most people seem to go first for books.

As an author my sympathies are not really with publishers, although I feel bad about how fewer readers, higher costs, and e-books are really hurting their business. I don't care for e-books. I like real books, and don't like the idea that the future probably will mean fewer books being made. I wish people would read more as an author and as someone concerned for our future. But I can't change that, and if a business throws a fit for not making a big enough net profit, that hardly is going to endear them to me, especially with how ridiculous publishers act.
Posted by Christopher R Taylor at 9:11 AM