"The deeper you love yourself, the more the universe will affirm your worth."
-Alan Cohen 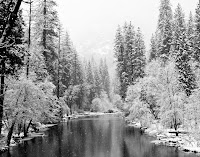 Its snowing outside. Yes, its March 21, spring in the Northern Hemisphere, and in Oregon we go years without any snow at all. So far its snowed at least three times in March this year, although we had a fairly warm and mild winter.

The temptation is to read something ominous and frightening into the unusual and surprising, especially when its outside our power to control. This is how myths such as Thor's chariot being thunder and hammer being lightning came about. Its how volcanoes are the result of unappeased angry gods and tales of the bubonic plague being the wrath of God on sinful people were invented.

I think this is a natural tendency of human beings, who feel most comfortable in charge and are good at deluding ourselves that we're the most powerful, most important, and most significant thing in existence. When the world forces us to realize that we are not, we tend to panic and overestimate the significance and supernatural nature of such events.

So it can't just be an unusual weather pattern for my life time, snow in spring has to be something terrifically ominous and world-shattering in importance. It can't just be an unusually winter, it has to be a weather pattern that will doom us all. Because it always comes back to us: if I burn more incense to Thor he'll calm down and stop fighting giants; if I say more Hail Marys, this wouldn't have happened and I can prevent the next one. If I put a virgin in the volcano the gods who are angry at me because of my taboo breaking will end the danger. If I change my lifestyle to emit less carbon, the planet will not warm and flood the coasts.

Always it ends up being about ourselves and our power when almost always its out of our control and simply part of life. I'm just not that important.
Posted by Christopher R Taylor at 8:49 AM