SHERIFF JOE AT THE DINNER 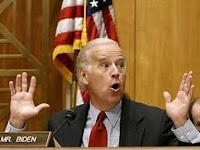 So Joe Biden went to the multi-million dollar Kerry mansion and ate $5,000-a-plate dinner with a bunch of extremely wealthy campaign donors recently. At that dinner, he made a statement about Republicans:

“These guys don’t have a sense of the average folks out there. They don’t know what it means to be middle class.”

Yes, he really said that at a posh super expensive dinner surrounded by millionaires. I can't help but think of the quirky, excellent movie Barton Fink here. In it the talented John Turturro plays an intellectual New York playwright who writes movies about the "common man" and "making a difference." The problem is, he's never even met a common man and knows nothing whatsoever about them.

Biden is doing the same thing, giving the leftist pretense of kinship with people he knows nothing about, and criticizing his opponents for lacking this connection. And the commenters at Ace of Spades HQ had a lot of fun with this stupidity:

Hey, we know all about the middle class! I mean, they're serving us our dinner and bringing us drinks, amiright?
-Sheriff Joe

Man...if there were comedy shows that liked to make fun of politicians they could have a field day with this.
-eleven


They told me that if I voted for McCain, I would have an unqualified ignoramus as Vice President...They were right.
-Hedgehog

Probably the best commentary, though, comes from Charlie Spierling at Beltway Confidential:

As they dined on grass-fed New York strip steaks and white truffle mashed potatoes underneath a outdoor tent, Biden criticized Republicans for being out of touch.

That pretty much says it all. This from Joe Biden, who said he had a higher IQ than his interviewer. But on a serious note, this kind of thing is why Democrats are concerned about high gas prices not on a practical level but because it hurts Obama's reelection chances. There was a time when Democrats were more a blue collar party of the regular guy but that time has long, long since departed.
Posted by Christopher R Taylor at 10:17 AM