"My childhood has been raped!!" 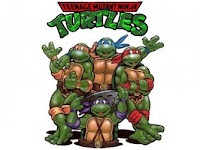 When the Lord of the Rings movies came out I was somewhat upset at changes in the first, incredibly annoyed at changes in the third, and unhappy with changes in the third. Its inevitable that when you go from one media to another, you'll have to change things to make it work, so I could put up with many of the changes in Fellowship of the Rings, but after that Jackson was just making changes to fit his vision of the movie rather than the best-selling legendary literature that the books contain.

I didn't care for some of the huge changes to the X-Men universe done in the First Class movie, and only was able to slightly enjoy it by treating the film as just a generic superhero flick rather than about a very well-established comics franchise.

However, there is a level of nerd rage I can't understand and probably never will. When Transformers came out, my complaints were that the action was so close in I couldn't figure out what was going on, and the robots all looked basically the same so I couldn't recognize who was who, or care. Still it was a blast to watch and I liked most of it.

Transformers fans from the TV show hated it. Hate all the films. Hate Michael Bay for directing them. Hate their reflection in the mirror for watching the movie, probably. They really are upset. Teenage Mutant Ninja Turtles is being put out by Michael Bay now, and he announced that instead of being, you know, mutants, they are aliens in his film. Again, the nerd rage built up and people are howling for his blood.

I don't get that. In the first instance, the Transformers show sucked. I don't mean it was childish, I mean it was crap, from start to finish. The only great thing about the transformers was how they could turn into a vehicle with clever engineering as a real toy. That was pretty nifty. But the show was just terrible. The animation was lousy, the stories were lousy, the treatment of the characters was lousy. Sure, when you are 11 and watching it they were cool as all get out but looking back they were just terrible.

So changing this childhood memory isn't so much a violation as a salvation: Bay turned this cheesy crap into a marketable product. Now, I was high school and college when this show came out, so I was more interested in Miami Vice than Transformers, so probably I lack that nostalgia thing but people, get a grip.

And the Teenage Mutant Ninja Turtles (TMNT) thing... you guys are way off base on this. Yes, they were mutants but the show and the comics you remember, the movie? Was already a brutal violation of the original concept.

When it was originally done (in great black and white art, with cool grayscale work) TMNT was a spoof, a parody of Daredevil and the X-Men. It was meant to poke fun at the tropes and the themes of these comics, taken so very seriously. The title its self was meant to be a joke, packing together different hot topics and putting "turtles" on it to make it more absurd. Its like Teenage Zombie Vampire Turtles today. The comic ran 4 issues and wrapped up, and went ballistic. People loved it. So they put out a few more then it turned into something serious.

What kids then remember as adults to day was the kiddie cartoonification of TMNT. Not the original concept, which was quite clever and well done. They remember the lousy exploitative toy-selling TV executives version of the product.

And that's what they are upset about being "violated" by Michael Bay?

Look I'm an older generation, I grew up with crap like Happy Days, Godzookie, CHIPS, and Dukes of Hazzard. And I knew it was crap back then. We used to mock the wrecks and the reuse of stock character actors in CHIPS, we knew Dukes of Hazzard was idiotic and knew why they always cut away from the General Lee after one of those huge jumps.

If they made a movie about Happy Days where Fonzie was an alien or gay (as Henry Winkler is), we wouldn't care. Because we knew the shows were crappy to begin with. Masters of the Universe was awful, a movie remake that fixes those awful bits and makes it more saleable today is smart, not a terrible thing to do to your memories.

There seems to be this divide that came between when we enjoyed shows and went on with our lives, and when kids began to idolize their shows and hold their past memories in reverence and awe. Maybe that was the line kids stopped playing outdoors and all their good memories of childhood are television and computer games.

Just get over it, they were lousy TV shows to begin with.
Posted by Christopher R Taylor at 8:24 AM