MMFA AND THE JEW

"As a Christian I have no duty to allow myself to be cheated, but I have the duty to be a fighter for truth and justice."
Adolf Hitler 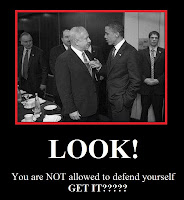 Media Matters for America has been able to get away with saying pretty much anything it has wanted, blatantly flaunting tax law in the process for years. Conservatives grumbled, but honestly not many people read the site or are aware of it, so we'd tend to shrug. Lots of cranks on the internet, although the IRS really ought to look into it.

Not long ago, however, the site began referring to "Israel Firsters" when talking about Republicans and right-leaning politicians. The term was meant to denigrate people who considered Israel's safety and welfare above everything else, particularly when it came to Iran getting nuclear weapons.

As an aside, can anyone wrap their heads around the left being so virulently supportive of Iran and its nuclear program? This violates nearly every single principle and ideal they claim to hold dear: an oppressive dictatorship made up of religious extremists who brutalize women, gays, and anyone trying to live a life different than what they order, trying to build nuclear power plants, and repeatedly stating they will build nuclear weapons with which they will attack Israel and the United States. That's like a hall of fame of things the left usually hates - and they go berserk if you suggest its bad they have nuclear weapons, screaming that they don't have nukes and its none of our business and its okay if they build a plant because everyone else has them and shut up! Anyway...

So Media Matters for America (MMFA) uses this term and now suddenly they're being targeted for destruction from all sides. Calls for boycotts began, pressure for donors to end their support have built, and big voices like Alan Dershowitz have called for the resignation of M.J. Rosenberg in particular.

Why? It seems Rosenberg has made it his life's work to shift leftist support and American policy away from Israel. Or as Rosenberg said:

”We’re playing the long game here,” Rosenberg would later say to Ben Smith in a Politico article about the shift of new liberal groups, the Center for American Progress as well as Media Matters, away from pro-Israel policy positions. The process would be slow – but steady.
...
Rosenberg’s biggest target is the supposedly all-controlling Israel lobby which, if you are to believe him, manipulates American foreign policy to put Israel’s interests before America’s. He even often employs the term “Israel firster” to define an American politician or even pundit who he believes places Israel’s interest above his own nation’s.

And that doesn't exactly cheer people who favor and support Israel. But there's more to it. The argument goes like this:
The term "Israel Firster" was used first by white supremacists, who claim that a sinister Jewish cabal is controlling the US government and shaping foreign policy. They point to the millions sent to Israel every year and the alliance between Israel and the US as evidence of this Jewish control. Hence, when MMFA starts using this term and calls for Israeli control of US foreign policy to be ended... it sounds an awful lot like the white supremacists, who are strongly antisemitic. Rosenberg himself considers Israel a bloodthirsty, oppressive, and murderous regime.

So people have started to call MMFA antisemitic. And to a certain extent I do understand their concern. When you're making the same sounds and using the same rhetoric as white supremacists and Jew haters, its cause for concern. If you use the same arguments as people who want Jews exterminated, its time for some serious self reflection.

Yet not every anti-Israel thing someone says is necessarily antisemitic, after all. I can complain that Israel shouldn't get the funding it does from the United States on constitutional grounds (and these days just on the expense) without being opposed to Jews in any way. And not everything an evil man says is by definition evil; I happen to agree with the quote above by Adolph Hitler, who I consider incredibly evil (and no Christian, despite his lie).

In the same way, I don't think most of the concern of leftists comes from begin opposed to Jews or antisemitism, even though they sound an awful lot like folks who are. Their opposition comes from the basic leftist calculus I wrote about a few days ago: oppressor and oppressed. Israel is supported by the evil oppressor United States, founded by evil oppressive white men, and is a successful, powerful nation surrounded by weaker, less successful ones. Hence, it must be the bad guy, must be the oppressor, and everything bad that happens in the region must be a result of its oppression.

Those poor palestinians are forced by the evil Israeli government to fire hundreds of rockets into Israeli cities, killing and crippling innocent bystanders. They're compelled to strap bombs to themselves and blow up bus stations and schools. They're the real victims here, because Israel keeps fighting back. Those poor Arabs would stop being so naughty if only Israel and America would stop being so darn oppressive.

And following Stanley Fish's calculus, everything bad Israel does is horrendous evil, but everything bad the oppressed friend does is something you shrug at and ignore. So when palestinians kill a dozen people with a bomb or rocket the city and kill an old woman, that's no particular cause for concern, but when Israel builds houses on territory used to attack them in the past, they're evil oppressive occupiers (but in a bad way). When palestinians take hostages and kill them, that's not really their fault; they were forced to by

So the opposition to Israel support and alliance on the left comes from this demented relativist worldview, not hatred or fear of the Jew. They consider Israel to be the bad guy, the enemy. They think Israel is doing wrong and should be shunned, that they're monsters, murderers, tyrants brutalizing helpless settlers. So it only follows reasonably (to them) that the United States has to stop consorting with and helping these people.

So no, I don't think there's any antisemitism in display at MMFA. Just stupid leftist relativism without rational or historical basis and violation of their non profit status.
Posted by Christopher R Taylor at 9:25 AM