THE MISERY OF COMMON LABOR 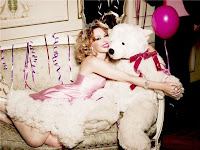 I've held a lot of jobs in my life. From writing for the Washington Examiner to clerk at a drug store to washing dishes at a restaurant, I've had a lot of different jobs. I worked at a convenience store, I helped break down displays after a fair, I did illustrations for a game company. I've gone through files to prep them for microfilm, I've checked state income tax forms for blatant errors, I've worked in a mailroom opening letters, and I've even delivered newspapers and written novels.

All of those jobs had their ups and downs. When I worked at a grocery store, the job was pretty good while I had a good boss, then the owner's son took over and he was awful, and the job started to really suck. Complicating matters is that my health was starting to fall apart about that time as well, so it was even worse.

But the truth is, there's good in all jobs as well, and not just the paycheck. They keep you busy and active, they give you interaction with something other than what you prefer to do all day, which helps build discipline and character. They have their ups, even the guy that cleans portable toilets gets to enjoy the job well done and the clean results, something an office job rarely shows you.

Mac McClelland – the (female) writer who wrote last year about needing violent sex to get over the PTSD she developed in Haiti – appeared at Bloggingheads to discuss her recent Mother Jones piece recounting her 4 day stint as a warehouse “wage slave” – a job at which she was paid $11.50 an hour. This is similar to the recently-released book The American Way of Eating in which author Tracie McMillan (two McC’s) spent a year working bad food industry jobs – a fruit picker, a Wal Mart produce worker, and as an expediter in an Applebee’s kitchen. In a bit of synchronocity with McClelland’s Haiti piece, McMillan tells of her own sexual assault at a going away party after her brief stint at Applebee’s (McClelland reports that her editors wouldn’t allow her to mention the company she worked for).

The horror, how could they stand to work at a restaurant or a warehouse job! You might break a nail!
Seriously, this is ridiculous. I was paid $3.35 an hour to work at the convenience store and I got threatened regularly and attacked physically one time. It was long, hard hours on my feet, on the night shift, alone. The dishwashing job was hot, dirty, and wet, and stank of wet cigarette ashes. I was paid about the same there. I was glad to have the work, and found good in each job (I liked both, actually - the convenience store I was basically my own boss and the dishwashing job was fun, and had tangible, continuous results - plus I was surrounded by cute waitresses).

Consider Mac Maclellan's piece on the warehouse job. The title? I Was A Warehouse Wage Slave, and that's not meant to be ironic:

I'll admit that I did start crying a little. Not at work, thankfully, since that's evidently frowned upon, but later, when I explained to someone over Skype that it hurts, oh, how my body hurts after failing to make my goals despite speed-walking or flat-out jogging and pausing every 20 or 30 seconds to reach on my tiptoes or bend or drop to the floor for 10.5 hours, and isn't it awful that they fired Brian because he had a baby, and, in fact, when I was hired I signed off on something acknowledging that anyone who leaves without at least a week's notice—whether because they're a journalist who will just walk off or because they miss a day for having a baby and are terminated—has their hours paid out not at their hired rate but at the legal minimum. Which in this state, like in lots of states, is about $7 an hour. Thank God that I (unlike Brian, probably) didn't need to pay for opting into Amalgamated's "limited" health insurance program. Because in my 10.5-hour day I'll make about $60 after taxes.

"This is America?" my Skype pal asks, because often I'm abroad.

Tracie McMillan is no better. She picked fruit in the hot sun and got so ill she threw up. She was dizzy and confused and couldn't figure out how to drive a tractor. She wrote an entire book about how terrible her job at Applebee's was.

The problem here is that these are people who have had a soft, easy life of little effort or need to learn and adapt, trying to start up in a job that requires it. McMillan just went to work picking fruit without even bothering to bring enough water, dress for the heat, or acclimate herself. She got sick from the heat - big shock - as a pasty little white girl from the city.

McClelland started hard physical labor requiring precision and hand-eye coordination after office work and no physical training. She was aching and shaky and weak at the end of the day - happened to me a lot my first day of work at several jobs, especially the ones that required standing up all day when I hadn't for a while. You get used to it. You get better at it.

The problem with these girls is that they didn't even have categories in their heads for getting better at it or getting used to it. All they could think of is how awful everything was and how horrific the jobs are and unfair. How they aren't paid enough, how we all must do something. McClelland treats efficiency as an evil thing, a vice. McMillan seems to think that picking fruit is brutal torture.

Neither one has the slightest clue about most of life or what it takes to get things done. They seem to think that life is cafes and boutiques and nail salons, with a trip to the gym to do Pilates and a nice half caf-half decaf soy milk cappucino at the end. How all that stuff gets to them and what it takes to get there doesn't occur to them.

Its the same ideology that declares that everyone should go to college and its some kind of atrocity that people cannot afford it or can't make it. If everyone's a lawyer and a doctor, who's going to make the cars they drive to work? Who makes the medicine, who builds the buildings, who prints the books, repairs the computers, cleans the floors? Who prepares the food? Their ideal life is an idiotic fantasy, like something out of Star Trek where magically they no longer need money and nobody does bad jobs because the replicators make and fix everything. Until they break, and who installs them? Who cleaned all those floors in the Enterprise? Did Gainan work for free in the bar?

Their entire understanding of the world is like a batch of retarded Eloi, thinking peace and comfort and oneness will conquer all ill. They've become so disconnected with reality they can't even attempt to do any sort of manual labor. That's what Consuela and Juan are for, so they can stay away from such icky stuff.

On the flip side to these princesses is Mike Rowe's show Dirty Jobs where he goes and deliberately does the most awful, grinding, unlikable or ugly jobs he can find, as a tribute to the folks who keep the world running. His attitude is that this is honorable work, the people who work there do their job well and feel good about it, and Mike tries to do his best and understand the job well. Undercover Boss is another such show, although its too sentimentalized.

These shows demonstrate the dignity and honor of hard work done well, they show the rest of the world, the business that goes on so that other businesses can exist. You have your computer now because hundreds of thousands of other people did hard work to make it possible and build the thing. And their work is at least as important as yours.
Posted by Christopher R Taylor at 9:45 AM