THE CONFUSION OF JOHN CLEESE

"Political Correctness is 'like a maiden aunt – you’re all having fun at Christmas, and she walks into the room and it all goes quiet.'" 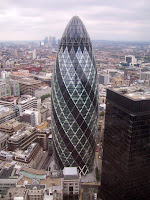 John Cleese is one of the more successful of the Monty Python alum, still getting regular work nearly forty years after the show ran. He's funny and charming; able to play completely unlikeable characters and yet still be likeable.

Recently he stated that he had a problem with how England has turned out in recent years:

'That's how we got the Olympics.

'They said we were the most cosmopolitan city on Earth. But it doesn't feel English.

'I had a Californian friend come over two months ago, walk down the King's Road and say, "Where are all the English people?"

'I mean, I love having different cultures around. But when the parent culture kind of dissipates, you're left thinking, "Well, what's going on?"'

And folks like me said "well that's what you've been trying to accomplish for half a century, and you won. Eat it." Because his political viewpoint, his arguments, his ideals, his worldview are what has resulted in England no longer seeming English; or at least London not seeming so. His positions of multiculturalism and diversity are what cause this to happen. The shame of English pride and tradition so often mocked on Monty Python and any project he tends to be involved with has consequences.

Recently Cleese was interviewed by the Manchester Evening News about his recent turn to stand up comedy, something he's never done before. He had some biting things to say about political correctness, but the man seems blissfully unaware of his contradictions:

"By mouthing what some racist would say and making the context and background ridiculous, you discredit it," he says. "There will always be some people who take it seriously. But as Bernard Levin once said, just because there are foot fetishists, it doesn’t mean you should stop issuing shoe catalogues."

Political correctness is, says Cleese, "like a maiden aunt – you’re all having fun at Christmas, and she walks into the room and it all goes quiet".

"What is so funny is that it’s all right to tell Jewish jokes if you’re Jewish. You can use the ‘n’ word if you’re black. It’s a very complicated area.

Now, I love me some Monty Python and its hard not to like John Cleese but... John, John, John. Political Correctness isn't some alien imposition upon your life, your side invented and enforces it This is like a Roman Catholic saying "well I like the faith fine but this Mass thing, why can't it just go away?" Its part of your ideology, Mr Cleese. You guys invented and pushed it onto culture.
Now, Cleese is not a very PC guy and if you've seen his work you know he's not one to avoid topics for fear of insulting or offending, but the truth is, his political movement, all the things he pushed for and fought against resulted in the very PC he rails against now. Political Correctness is the leftist replacement for Judeo-Christian ethics, its what they came up with instead of the 10 commandments because a culture cannot exist without rules and boundaries.

He's right, Political Correctness sucks, it eats up humor, it is dour and unhappy and crushes spirits. PC is an awful thing, a blight on creativity, liberty, and happiness everywhere it goes. In the name of avoiding offense, it simply crushes all joy until everyone is equally miserable. And its on your hands, Mr Cleese. Your efforts helped create and establish it. Your side, when given sufficient power, began to enforce it.

Then Mr Cleese goes on and wraps is inconsistency up in a nice little bow. After complaining about the evils of Political Correctness, after being dismayed with how multiculturalism has destroyed English London and the parent culture of his land he's made a career of mocking, he says:

"I wouldn’t hesitate to say rude things about Rupert Murdoch because I think he’s done more damage to the culture of my country than anyone since the Luftwaffe. But I’d try to say something that was accurate, and I don’t think I’d bring up any bathroom habits that he had."

Now, I'm not a big Rupert Murdoch fan because he tends toward the tabloid and the sensationalistic. He's found great success by emphasizing the lurid, the celebrity trash, the rumor, and the sensation. That just makes for bad news and unpleasant viewing, for me at least. But he's made billions off it, so he must know something about his market.

John Cleese is not a big fan of Murdoch because he dares to be not politically correct. I don't mean the "don't offend, how dare you say that" kind, but the original "holding the proper political viewpoints" meaning of the term. Murdoch isn't a leftist. He dares to have his news outfits focus on the stories the left leaning media won't cover, he shows right leaning people in a more positive light and gives them a popular voice.

In short, Rupert Murdoch works to create an outlet for opinions and ideas which would have prevented London from 'losing its parent culture' and blocked political correctness which is exactly what John Cleese claims he wants.

Now my guess is that Cleese doesn't really think this sort of thing through much - in fact, I doubt he sits and thinks long and seriously about much of anything, being more an instinctive, responsive sort of fellow, which isn't in its self a bad thing. I figure Cleese has heard all the Right Sort of People© say Murdoch is a horrible person, and assumes they know what they're talking about.

If he considered things a bit more closely he'd probably notice that he's doing exactly what he mercilessly mocked in English tradition on Monty Python. That he's clinging to a sort of person and tradition for its own sake rather than because after careful self examination and rational consideration its superior and better than the alternative. I say this because he clearly dislikes what his tradition is resulting in, but attacks the alternative.

And after all, he is becoming a bit of a curmudgeon at his age, and he's allowed that. Its just too bad so many people seem to do just that. There's a reason PC-rejecting comedy tends to do very well and find a popular voice. Not only does it appeal to more than the usual leftist suspects, it actually does appeal to people fed up with prudish, humorless wretches telling everyone they can't laugh or have fun lest someone be offended. Nobody likes that sort.

But that's what your side has come up with, its all on you, lefties. So if you don't care for it, you should be working to root it out, not complain then go on with the usual leftist cant. At the very least you might want to consider giving the other side a listen once in a while on the areas you happen to agree upon.
Posted by Christopher R Taylor at 8:21 AM