"Here you had a story that confirmed all of those anxieties and fears." 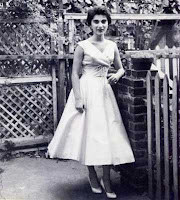 *UPDATE: corrected a small detail: Miss Genovese drove home from work, she didn't walk. I just assumed because its New York City she walked but I should have looked more closely.

Kitty Genovese was beaten, stabbed, raped, and killed in full view of dozens of New Yorkers on March 13, 1964. It became an infamous case, an example of urban disinterest and apathy. Nobody called the cops. Nobody cared. She was horribly killed in front of people who just didn't want to get involved.

This story has been repeated and referred to for forty years. It was used in the excellent graphic novel The Watchmen as the origin of Rorshach's crime fighting career. People can simply bring up Kitty Genovese and everyone knows what its about and tsks with head shaking sadness over the hardness of conscience in places like New York City. The event was used as a symbol of the corruption of society and loss of innocence in America. Three times she was stabbed and called for help twice, and no one intervened.

Or is that really how it really went? Again, not exactly.

Most of the basic elements of the story are accurate. Miss Genovese was stabbed to death while crying "help me!" by apartments containing 38 people. One witness later on admitted that he "didn't want to get involved." But here's the rest of the story.

Catherine Genovese was 28 years old, the eldest daughter of an Italian-American family. She was trailed by Winston Mosely, a monster looking for a woman to attack. Jim Rasenberger at the New York Times takes up the tale:

Mr. Moseley tailed Ms. Genovese to Kew Gardens, to the paved lot of the railroad station. When she got out of her car, he followed on foot. Ms. Genovese began to run up Austin Street, but he quickly caught up and stabbed her in the back. As she screamed, he stabbed her again, then twice more. A window opened in the Mowbray and a man's voice called out: ''Leave that girl alone!''

Mr. Moseley later told the police he was not that concerned about the voice -- ''I had a feeling this man would close his window and go back to sleep,'' he said -- but he ran off upon hearing it. He moved his car to a more discreet location, changed his hat, then returned. He found Ms. Genovese collapsed in a foyer in the back of her building and finished what he'd begun on Austin Street, stabbing and slashing her repeatedly, then leaving her to die.

The problem is, while there were 38 people living in these apartments, only a few actually had a window on the street side where they could see or hear what was happening. It was three in the morning, so most of them were in deep REM sleep and probably didn't hear a thing. Remember, this is downtown Queens, you learn to sleep through sirens, shouting, car crashes, even gun shots. 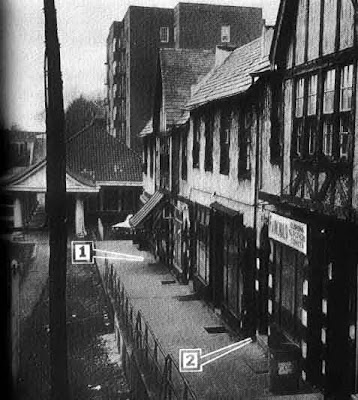 So where did the infamous tale of the callous neighbors and the girl killed in plain sight come from? The New York Times, with writer Martin Gansberg who wrote:

For more than half an hour 38 respectable, law-abiding citizens in Queens watched a killer stalk and stab a woman in three separate attacks in Kew Gardens, twice the sound of their voices and the sudden glow of their bedroom lights interrupted him and frightened him off. Each time he returned, sought her out and stabbed her again.

Which makes it sound like the entire apartment complex was awake and staring out their windows, eating popcorn for a half hour.

She was only attacked twice, once inside where no one could see her. Timing is critical as well. Anyone who woke up to her screams would have taken time to get up and look out the window. By that time, they would have just seen a girl staggering down the street at 3 in the morning as a Corvair sped off.

The few witnesses who were awakened by the attack claimed they thought it was some domestic disturbance or a fight spilling out of the Old Bailey bar, not an unreasonable response. If you were awakened at 3 in the morning by shouts, how likely would you be to strap on your superman outfit and dash into the streets?

Sure, someone should have helped, particularly the one man who yelled at Mosley to stop. But its nothing like we've been told over the years, thanks to a NYT reporter who wanted to tell a dramatic story instead of "just the facts, ma'am." Psychologists, Sociologists, and other people around the country and world picked up on shreds of information and pontificated, creating entire theses about humanity, city life, and modern Americans.

Incidentally, see Kitty's last name? That's not pronounced "Genoveece." Its' Gen-o-vay-see, an old Italian name. Its also the name of one of the five New York crime families, and the rumor is that Mosley was caught and turned over to the police by these Italian gentlemen.

Oh, and Mosley? He was a serial killer. They know of at least three other girls he'd killed, and apparently he raped their corpses afterward. A pretty horrible person all around.

Kitty walked drove home from work alone at 3 in the morning from her job at Ev's Eleventh Hour Club in Hollis, which is just not a good idea, particularly as she was fairly pretty. That doesn't somehow excuse Mosley's evil, but it does show poor judgment on the girl's part, particularly going around to a darkened portion of the building alone.

This is part of the Common Knowledge series.
Posted by Christopher R Taylor at 12:52 PM

Gosh, even back 5 decades ago, the media was a bunch of BS.

"Kitty walked home from work alone at 3 in the morning from her job at Ev's Eleventh Hour Club in Hollis, which is just not a good idea, particularly as she was fairly pretty. That doesn't somehow excuse Mosley's evil, but it does show poor judgment on the girl's part, particularly going around to a darkened portion of the building alone."

There is a lot wrong with this last bit.

She didn't walk home alone from work. She drove home, in her Fiat. She worked in Hollis, Queens, which is a LONG way from home, too long to walk. About four miles, in fact. She then parked this car of hers in a parking lot in the train station. This train station was half a block away from her home. She then started to walk this very short distance home, but was attacked in that interval.

I found the info about her driving home from the links in your article. Further details were found here.

Thanks for the correction, I've noted that in the article.

It was not just The Watchmen, but also Boondock Saints where this was referenced. The opening scene talks about this story. Of course, it gets the story wrong as well, stating that this happened in broad daylight instead of 3am. But Boondock Saints is where I first heard of this story. So I wonder how many people have learned the story incorrectly from movies or comics.