"If we continue down this course, this is the way any society ends up — with a valueless currency" 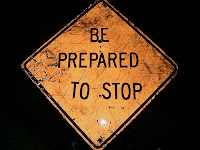 Something that comes up often in the news, if you look closely, is that whatever outrage, annoyance, or crazy leftist scheme the federal government comes up with, state and local governments have been doing so longer and crazier. If you gnash your teeth at frustration with how radical the Democrats act in Washington DC, your head will explode when you look at what they're doing in, say, Berkeley, or San Francisco, or Manhattan, or Seattle.

The truth is, loony extremists at the high levels of government come from loonier, bigger extremists at local government. And without slowing or stopping the crazy right where you live, you can't stop it when it gets away from your direct vote.

Which is part of the concept of localism or the "new agrarian" movement. There is a small but I suspect growing trend in America to close in and localize, to turn away from the national scene and toward your neighborhood, your town, your state. The principles behind this are simple: I cannot fix congress, no one can. But I might be able to fix my neighborhood, and maybe if enough of us do, our town, and our county.

You can't stop Behemoth Industries from polluting in another state but you can stop The Ma and Pa Shop from doing so in your town. You can't get the governor of another state to pick better judges, but you can work toward that in your own area. You can't run the national party you belong to, but you can run the local wards and districts.

Working locally means you can affect real change and for the most part local areas can ignore the federal government. If you can get your local area to prosper, then it doesn't matter so much how stupid, self destructive, and wasteful the feds are.

But it goes beyond that. Recently Wyoming state representative David Miller introduced a bill to the legislature. Jeremy Pilzer writes at the Casper Star-Tribune:

Wealthy Americans are fleeing the country, he says, and confidence in the dollar has taken a hit around the world.

If America’s economic and social problems continue to escalate and spiral out of control, Miller said, Wyoming needs to be ready. So, he’s introduced legislation to create a state-run government continuity task force, which would study and prepare Wyoming for potential catastrophes, from disruptions in food and energy supplies to a complete meltdown of the federal government.

It would even look at the feasibility of quickly providing an alternative currency in Wyoming should the U.S. dollar collapse entirely.

The principle behind this bill is that the state needs to be ready in case everything goes horribly wrong at the federal level, something becoming increasingly plausible, if not likely. This kind of thing was once called paranoia and craziness, but its becoming more common as of late. People are buying guns and ammunition at a rate totally unprecedented in American history.

The idea of collapse and chaos is not unthinkable, and it is, I suspect, part of what is driving the "zombie apocalypse" popularity; a sort of entertainment way of dealing with anxiety about the future.

More and more people are starting to not care so much what happens in Washington DC and focusing on what they can do about surviving where they are. In a way its like the Y2K scare, but without the reassurance of computer experts who point out how easy it is to fix and how they've been working on it years before the press learned about it.

If things get as bad as some fear and predict, then its wise to be ready because even if it doesn't happen, being ready for disaster and not having one is better than the opposite. Wyoming shot down the preparedness bill, at least in part because it would be expensive to implement, and partly because they didn't take it seriously.

But we can, where we are. And I think focusing more on your local government and neighborhood is a wise reaction to a situation which would have had the founding fathers running for their guns and calling for revolution.
Posted by Christopher R Taylor at 7:31 AM

If you take an active and ongoing interest in local and state issues, you can make more progress in 2 years than you could in a decade of focusing on federal issues. What's more, the attitude you get when dealing with federal agencies and employees is, "Thanks for your input, we've got this." Locally and even at the state level, you are often encouraged to jump in and help.

Example: Somebody in our town posted on Facebook the other day that they wished our town had a farmers market (we had one years ago but the people who organized it ended up moving it to a biggetr town). The post had a bunch of 'likes' and comments from local people. Within two days our Chamber of Commerce had put together an organizing committee (recruited from people who commented on the Facebook post that they'd be interested in helping) and had obtained permission from the municipal authority to have it at a local park that is highly visible to street traffic. They are now recruiting vendors for the market and should have the first one scheduled soon.

Try getting something like that organized using federal resources inside of six months. Good luck.

I have said for awhile now that as our federal government becomes more impotent due to fiscal bankruptcy and failing moral authority, we will by default see a significant surge of power returning to states and local communities. It is important for citizens to consider this when voting in state elections. You want to elect people in state govetrnment who see it the same way and are interested in making preparations for that day, and even in helping to facilitate it by taking an active stand against unconstitutional federal tyranny. The bill in Wyoming is a great example of that in action. I've even purchased a book by Thomas Woods called 'Nullification' for my district House Rep and Senator, and I follow up with them on how I think they could implement the ideas therein, or support other legislators who are doing so. They need to get used to thinking in these terms... a lot of state politicians, even very conservative ones, are just too used to seeing the Federal Govt as a financial pinata for the state to bat around.

Anyway, great article, and I think you touch on some ideas that will transform the status quo in our nation over the next few decades.