"They have to kill them (Westerners), beat them and capture them to give them a lesson to never dare desecrate the holy Koran again."
-Taliban message 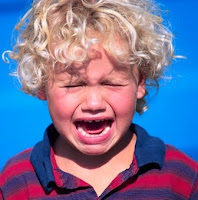 Some American servicemen burned a few Koran containing radical editing while disposing of other materials in Afghanistan. Word spread and the place went berserk, killing scores of fellow Muslims in rioting and other activity and a few soldiers in the process.

President Obama quickly apologized for the action, since the official protocol for disposing of a Koran is to either put it into moving, clean water to be swept downstream or bury it in a holy place. Interestingly enough, Muhammad never gave any special instructions about the text, nor does the Hadith containing traditional stories of his life. The reverence for the physical book of the Koran came later - Muhammad seemed to only care about the words, not the pages they were printed on.

Now, a lot of people are mocking and deriding President Obama for apologizing, but I think that he should have apologized. However, that said, he's going way too far. A simple "sorry we didn't dispose of your holy book in the manner you prefer" would be enough, because that's all the situation deserves. Any more than that shows fear and reverence for a faith that we do not fear and revere as a nation, and he represents America.

Particularly if he's going to go on a week-long apology tour, make repeated televised apology speeches, visit mosques to apologize, and send a three page letter of apology to the president of Afghanistan. And in particular if he's going to call for "hold[ing] people appropriately accountable."

Because I don't think he means "appropriate." I think he means "excessive, in order to appease our enemies." President Karzai wants NATO to arrest and try the soldiers and further claims he's been contacted by NATO and told that such a trial will take place.

All these men are guilty of is disposing of trash in a manner that violates protocol, a minor disobedience of rules. This is like not making your bed properly or throwing food out back of the mess hall instead of in the trash. Its not something warranting a formal trial, nor even a trial at all. It warrants immediate action by superior officers because it is failure to follow specific orders, but that's it.

This going overboard on such an issue sends the wrong message: it sends a message of fear, weakness, and capitulation, of obedience to radical Islam and the idea that America is giving in and obeying Muslim rules. And that's not exactly what we need to be showing the world, let alone maniacal Islamic terrorists who commit acts of terrorism in order to bring about that exact result.

In other words: we're giving the terrorists exactly what they want, we're creating the results their actions were intended to bring about, which is like giving in to a tantrum-throwing 3-year-old: do you figure you'll see fewer tantrums as a result?

I'm all for respecting other peoples' beliefs. That's why I think its right to have special rules for dealing with a Koran and punishing people who don't. That's why I think it is correct for the president to apologize to Muslims for burning their sacred book when they don't want it burned. But this goes far beyond respect to obeisance, and that's exactly the wrong way to go.
Posted by Christopher R Taylor at 7:54 AM