SONGS I LIKE: I Am The Ride (Chris Smither)

Because it keeps me thinking "me"
Instead of what it is to be
I'm not a passenger, I am the ride 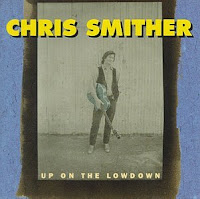 Its not very often you hear a song about personal responsibility, particularly in the modern era of pop music. Then again, the roots/Americana genre of music is pretty different from the usual offering on top 40 radio. While Rhianna and Justin Bieber are singing songs about puppy love and how important they are, roots music is about tradition, history, ordinary life, travel, and the difficulties we face as we age.

Roots is what Johnny Cash ended up in, after moving through pop and country. He found his stride singing songs that are a core of folk culture - not folk music, but culture that's woven through the soul and fabric of American culture. Every so often he'd find a song such as "Rusty Cage" or "Hurt" that some modern pop star put out and do a roots version because he could sense that through the wailing guitars and drum solos it was a folk culture song.

I don't know much about Chris Smither or his music, but I was listening to the Nutsie.com "top 100 Americana" songs and this one came up, along with a lot of other gems by Dave Alvin, the Blasters, and John Prine and the song I Am the Ride came up. Like most of the genre, you can listen without even hearing the lyrics because they're almost just a part of the instruments, with a soothing, comfortable pace and tone. But the last line really caught my attention: I'm not a passenger, I am the ride; and I looked up the lyrics to see what he was talking about.

This song is a lament of modern culture where people are more interested in being taken along by others and culture than taking responsibility. Its safer, its more comfortable, its easier. Don't lead the way, don't choose your path, just go with the flow. Don't drive, ride. Don't think, obey. Don't question, assume. In a way, the song is a lament about modern religion as well, sadly noting that the "sacred and the profane" all too often act the same, that churches don't offer anything different than the culture around them, and that dire warnings do not inspire faith.

In the end, perhaps he's lost his faith, rejecting going along with religion to save himself to instead try to forge his own destiny, but the song has a broader application and meaning and is a striking condemnation of the culture we live in. And the way so many mainline churches are structured, its no surprise someone would reject a gospel-free, easy faith, "seeker sensitive" empty religion given in the place of rugged, true Christianity.
Forms are loosely fitting
Jury still are sitting
Sense of duty keeps us all in motion
Prison sirens wailing
That security is failing
Do not inspire a lifetime of devotion
No one will sympathize
No one really tries
They need a faith that leads them like a drum
And I can hear it pounding down among the ruins
Sad to say, I don't think I'm the only one.

I awoke and someone spoke
They asked me in a whisper
If all my dreams and visions had been answered
And I don't know what to say
I never even pray
I just feel the pulse of universal dancers
They'll waltz me till I die
They'll never tell me why
I never stop to ask them where we're going
Yes, but the holy, the profane
Are all helplessly insane
Wishful, hopeful, never even knowing.

And they asked if I believe
And do the angels really grieve
Or is it all a comforting invention?
It's just like gravity, I said
It's not a product of my head
It doesn't speak, but nonetheless commands attention
And I don't care what it means
Or who decorates the scenes
The problem is more with my sense of pride
Because it keeps me thinking "me"
Instead of what it is to be

This is part of the Songs I Like series.
Posted by Christopher R Taylor at 7:55 AM

I believe you are misunderstanding the lyrics. The preceding line that says "because it keeps me thinking me instead of what it means to be" is referring to how deep spiritual experience involves transcending our ego. He's saying that his ego (his identification with his own thoughts, traits, and experiences) is getting in the way of a deeper spiritual connection. He keeps thinking that there is a "me" going through the ride of life, when really God is flowing through us and hiding in as little parts of what is one great whole. He's saying this ego suit is the ride and God is passenger and the entire ride. God is the witness looking at the world through the ride of each ego, just as air sings as it flows through a flute. I take this song as an indictment of world religions that have held onto the shell of a religion while losing essence of it.