"As long as you remain discreet the likelihood of prosecution is remote." 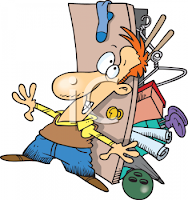 Its been said that the great American virtue is pragmatism; what works is good. There is some place for this principle, but it isn't a valid core principle to live your life by. Pragmatism rejects right and wrong for effective and ineffective. The true, consistent pragmatist would shoot someone standing in line in front of them for food if it was the most effective way to get food. It got the job done.

Which brings us to this sort of disturbing story, courtesy Right Wing News. Its at an advice column at Slate I've mentioned before called Dear Prudence:

My fraternal twin and I (both men) are in our late 30s. We were always extremely close and shared a bedroom growing up. When we were 12 we gradually started experimenting sexually with each other. After a couple of years, we realized we had fallen in love
...
Our dilemma is how to deal with our increasingly nosy family and friends. They know we’re gay, and we live in a state where same-sex marriage is legal, so we’re getting pressure to settle down
...
I’m also concerned about the legal implications of this—would the therapist be required to report us to the authorities? Could we go to prison?

—Tired of This Greek Tragicomedy

OK once you've gotten over shuddering and saying "ewww" we can move on. See, in all 50 states, incest is illegal. Its also considered repugnant, twisted, and wrong in nearly every single human being on earth, even if some guys think twin sisters might be hot. Yet here's the answer this got at Slate, without moral judgment or disgust:

Let’s deal with your legal questions first. I spoke to Dan Markel, a professor at Florida State University College of Law. He said that while incest is generally illegal in most jurisdictions, the laws tend to be enforced in a way that would protect minors, prevent sexual abuse, and address imbalances of power. Those aren’t at issue in your consensual adult relationship, but Markel suggests you have a consultation with a criminal defense attorney (don't worry, the discussion would be confidential) to find out if your relationship would come under the state incest statutes.
...
When people ask when you’re each going to go out there and find a nice young man, tell them that while it may seem unorthodox, you both have realized that living together is what works for you. Say no brothers could be more devoted or compatible, and neither of you can imagine wanting to change what you have.

Now, look that over. There are two aspects, the second of which is the most obvious: her response is "if it works, then keep doing it" and gives them advice about how to get people to stop going "holy crap that's incredibly disgusting, get away from me you freaks!!!" She's basing her response and her ethical reaction on pragmatism: does it work? Then its okay. This is "ethical pragmatism" in my scheme of ethics; right and wrong is decided on the effectiveness of the outcome.

And, of course, she's driven by an overwhelming need to protect and accept homosexuality in any conceivable form and to avoid hurting peoples' feelings. If she condemned them for doing wrong, they might be hurt and she'd be saying something mean about the sacred and protected homosexual class, which cannot be done.

But the other aspect is the most troubling and frustrating to me, one that has come up before and will again in the future.

There was a time in law and legal study in which right and wrong were decided based on an absolute, objective standard. That's been the case in human history for, oh, about 99% of its existence. Only in the last 100 years or so has there been any change, rejecting the wisdom and tradition of the past.

Today, legal decisions and law writing is based on pragmatism, what works. So when the issue of incest comes up, the decision isn't based on this being objectively wrong but on its immediate, tangible outcome. Hence, the law professor's point: incest is condemned because it produces genetically damaged offspring. That's not why its condemned, but that's what the law has decided to condemn it for.

Because their basis is pragmatism, and that pragmatism is almost exclusively based on naturalistic philosophy: the only thing that matters and exists is what is scientifically testable and what my senses can perceive. The fact that this is an idiotic, patently false philosophy hasn't stopped it from becoming dominant in western culture.

I'm not kidding about the false bit; everyone knows there's more to reality than science and senses can encompass, including the very concept of philosophy its self. When this sort of approach was first popularized in the early 20th century it was quickly rejected by philosophers as self evidently false, but was so useful for the secularist that it was used anyway. It was pragmatic, even if it wasn't true.

Pragmatism has its place, but not as a dominant philosophy and absolutely not as an overarching legal principle. But like I've said before, once you open the door to homosexual "marriage" based on fairness, pragmatism, and being nice to a small, oppressed group, what comes out will look more like Dick Van Dyke's closet than a spring day.
Posted by Christopher R Taylor at 8:13 AM

Second, I thought the legal advice she gave was spot on. If they are going to pursue this relationship, they should talk to an attorney about the legality of it. In some states their relationship is legal. Some states only count incest as illegal if it involves minors or people with children.

The only real problem I had with her advice is that she markets herself as giving advice on 'manners and morals'. She doesn't really take a moral position on their relationship one way or another (I find it disgusting but my philosophy offers no grounds to call it immoral), but any discussion on manners should note that their relationship fits the very definition of obscenity, and unless they live in some remote community full of gay amorous siblings, then 'good manners' dictate they be very careful about how they present their relationship to the public.