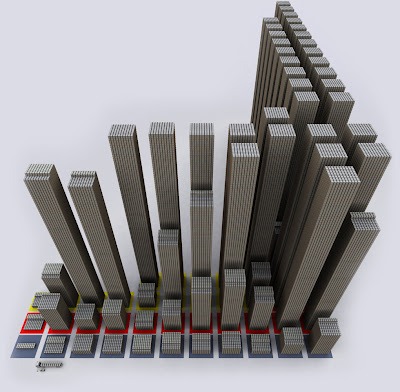 What on earth is this picture? Its an image from the website Demonocracy. To understand this, we have to start at the beginning.

This is what a hundred million dollars in $100 bills looks like: 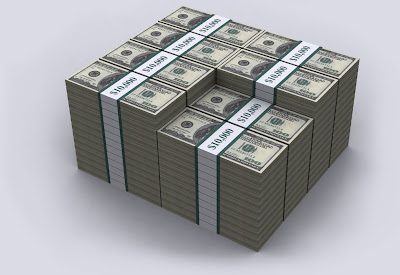 And this is two billion dollars (the pallet on the right is a hundred million Euro. Demonocracy has it listed at 100 billion Euro, but that has to be a typo):

Then he shows a few countries, such as Canada: 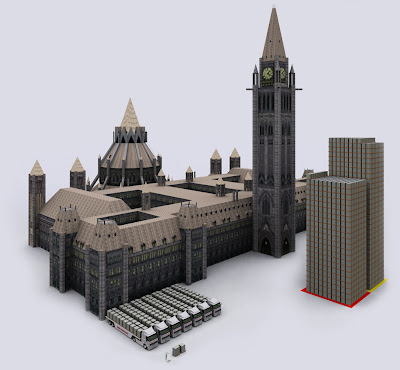 China (at least, what they admit to): 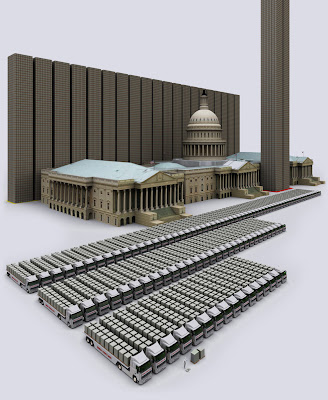 And that last picture? That's everyone's debt in the world, combined. Those little boxes are hundred million dollar stacks of dollar bills, and they make up a city of skyscrapers.

Now, Demonocracy's text tries to say that its capitalism and the free market that created this problem, but its pretty obviously not; its the movement away from capitalism that causes this - the spending of governments beyond the cash that country is able to reasonably provide the government with, or even produce.

All I know is, when the US has a fifteen trillion dollar debt and fourteen trillion dollars gross national product, something has gone horribly wrong and its time to replace the guys in charge.
Posted by Christopher R Taylor at 7:58 AM