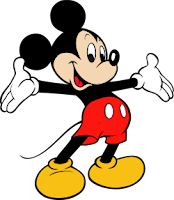 Something interesting that I've seen at the few comic book conventions I've been to is how guest artists will do sketches for people. You can pay them a small fee and they will whip up a sketch at your request, and people usually ask for characters they're working on at the time or something famous. Like Superman and a caricature of you, or Spider-Man dealing cards or whatever.

I hate to bring down the party, but clearly the issue is in a legal "gray" area. Read the fine print of copyright law: even if you're not making money, you could still get into trouble. So everyone reading this has to make their own choice on what to do. If you decide to continue making sketches/prints/sketchbooks of characters owned by Marvel, DC, Dark Horse, Lucasfilm, Capcom, or any other corporation, then you'd better memorize the following statement, because this is essentially what you're saying:

I call it the Artist Alley Accession...

"I understand that sketches/prints/sketch books are in a legal gray area, but I'm going to continue doing them in hopes that the rightful owners of the characters decide to continue looking the other way. The long-standing tradition of convention drawings, and the fact that almost everyone in comics is doing this, IN NO WAY protects me from legal action that a corporation might one day take. If that day comes, I'll pay the price. But for now I'm hoping I'll get away with it because I feel it would be silly for a corporation to ruin the fun of convention sketching."

Marvel Comics recently released a statement about this kind of thing, saying in effect "we're glad people like sketches of their favorite characters" which doesn't mean "so you can draw them if you want." You have to remember Disney owns Marvel Comics now, and Disney is almost rabid in its copyright protection. They literally maintain a staff of lawyers who's exclusive job is to find people using their property without permission and send them Cease and Deist letters.

Fans and many artists (some of who rely on the income from sketches to pay for gas money to get to the convention) figure they're just doing free advertising for the company, that they're simply helping out Marvel when they draw a sketch of The Hulk in a tutu. The problem is that companies have to vigorously protect their copyrighted property or unsavory types can use that lack of protection to argue they aren't copyrighted any longer and will start using them.

I do understand the artist sketch concept and process makes money for artists and is a long standing tradition of the convention experience, and so does Marvel, whose publisher recently said in an interview:

We in no way want to interfere with creators at conventions who are providing a positive Marvel experience for our fans. We want fans to speak and interact with the creators who wrote, penciled, inked, lettered, colored or edited their favorite stories. Part of that positive interaction is that a fan can walk away with a signed memento or personalized sketch from an artist.

But what they don't want is for that sketch to be one of their copyrighted characters, nor do they want someone to make money off their product without them getting the bulk of it, and then only by permission.

I understand their position, to a point. Its their product, they own the images, they should get to control it and get their share. The problem is, like any Disney effort, they take it too far. Sean Gordon Murphy goes on to tell of an experience he had with Marvel Comics:

Last year I drew the Wolverine ABCs. When it was done, I printed out around 200 sketchbooks of them to hand out to industry friends. I knew enough about copyright law to know that I was in the gray area, even though they were only meant to be given away as gifts. I also gave them to people and editors who worked at Marvel--clearly I wasn't trying to hide what I'd created. Because I was a pro and because I wasn't selling them, I figured I'd be fine. After three conventions of EVERYONE telling me I should sell them, I broke down and sold some. At the last show that season, I sold the remaining 40 copies or so.

Then Marvel called. I explained that I didn't have a warehouse of sketchbooks, I only made around 200 (or close to that) and mostly I gave them away. I explained how none of the Marvel editors complained when I handed them one, and my lack of hiding the ABCs should show the innocent nature of my endeavor. I even offered to sign a Cease and Desist, and pay them the money I made selling the last 40. But Marvel wanted the rights to the ABCs--they wanted to own them and pay me nothing. I wasn't willing to do that, so I got a lawyer. And we eventually came together and agreed to drop the subject if I simply removed them from my site and promised not to make any more sketchbooks.

Now, I understand Marvel not wanting someone to use one of their most popular characters in a book and handing out and even selling them at a convention. Its one thing to make a parody (that's protected under copyright law) but just a direct, clear use of their character for a work is another thing entirely.

But they took it to the next level: they wanted the books. They wanted to use them, sell them, and give him nothing. And there are deeper levels here.

A man by the name of Gary Friedrich tried to sue Marvel for using a character he created, named Ghost Rider. What he wants is a cut for the continual use of his creation in movies (a sequel is coming out, the first was pretty bad but this one looks less awful) and in comics. He argues that since the character was his creation, he ought to get a share.

He was shot down in court, since it has been law for a long, long time that if you create something for someone else on contract for their business, they own it unless you work out some kind of special deal. So you he had no legal standing. But his complaint isn't entirely without merit: artists and creators at comics are paid pretty poorly and the companies are making quite a bit of money. When a comic is created, the artists involved get paid a flat fee, then the comic book company owns that property for eternity and can use it and reprint and get money off it forever.

And the people who actually did the work get nothing, forever. And that seems ethically wrong, to me.

But it goes even deeper. Consider the case of Disney. Walt Disney himself has been dead for almost fifty years (he died in 1966). He created Mickey Mouse in the late 1920s, and the first Mickey Mouse cartoon was put out in 1928. After almost a century, the character has become so ubiquitous and such a part of not just American culture, but the world that it is basically owned by everyone.

Were this a few hundred years ago, Mickey would have been considered public domain. That image of the three circles and a smile would have become the property of everyone, to be used as we chose. Yet Disney has been incredibly careful in attempting to control even the use of the words "Mickey Mouse." If there ever was a character which should now be out of copyright, its that little mouse, but Disney will never let it go as long as they can legally keep it. And the way copyright laws are, it could be until the world ends.

And corporations want to make them even more stringent, even more protective. That's where the whole SOPA and PIPA controversy came up from. Companies want to protect their product in any conceivable use and shut down anyone who might be violating copyright without any sort of legal action, then sort it out afterward.

The problem is, we live in an age where old copyright concepts just don't work any longer, and companies instead of trying to find a way to work within that change are trying to fight it like a buggy whip company suing car manufacturers. And that battle is not one they're going to win.
Posted by Christopher R Taylor at 8:18 AM