"Its great to stop or delay a few of these individual items on the CO2 emissions buffet but we actually have to do this at the Macro level or it just won’t matter." 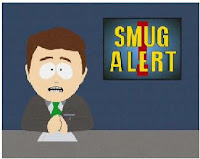 When environmentalists blocked the Keystone XL pipeline extension, they were ecstatic. Between that and intimidating a private organization into donating to another private organization, the left has felt grand lately. But the Keystone decision is strangely misunderstood by the left. Take this piece by Bill McKibben at Talking Points Memo as an example:

We’ve got to stop projects like this, just as we united to fight Keystone. In fact, we’ve got — as soon as possible — to stop fighting bad things one by one. We don’t have enough fingers to plug every hole in the dike; we need to change the basic underlying economics, by charging the fossil fuel industry for the damage carbon does in the atmosphere instead of just letting them continue to use the atmosphere as an open sewer for free.

The fact that there’s more coal than tar sands doesn’t change the math of the Keystone debate. As the scientist who did the study pointed out, this is “not a get out of jail free card” to the tar sands industry, and added that he also opposed the proposed Gateway pipeline to Canada’s Pacific coast.

See, the reason they wanted the pipeline stopped and are glad it was is because they consider the oil taken from this area to be "dirty." They wanted it blocked so that the oil wouldn't be harvested and sold because it involves even more carbon emissions than normal oil due to the method of collecting the oil.

There is a flaw in this argument, however. First is the most obvious: they're selling it anyway, just to China mostly now. And as readers of this blog know, instead of using a safer and more secure pipeline, Warren Buffett's train interests will be shipping the oil to the gulf coast for refining.

But the biggest flaw is actually in the TPM blog post its self. Here's where it is:

If you burned all the tar sands we know about now, you’d raise the planet’s temperature more than half a degree — i.e., half again as much as the global warming we’ve already seen...

He then goes into speculation and some extremely hazy science about ocean acidity which hasn't actually worked in the real world (the ocean hasn't gotten 80% more acidic due to previous warming), but this is the main point. Collect and burn every single drop of oil sands in the planet in a big bonfire, and you have almost no effect on the world's temperature, even assuming their models and calculations are correct - an extremely questionable assumption.

In other words, by their own assumption, they accomplished virtually nothing, and their assumptions are completely faulty both in science and in practice: they didn't stop a thing.

And they're crowing?
Posted by Christopher R Taylor at 8:11 AM

True enough, thanks for the correction.