THE BIRTH OF IDEAS

People don't like this answer. I don't know why not. They look unhappy, as if I'm trying to slip a fast one past them. As if there's a huge secret, and, for reasons of my own, I'm not telling them how it's done."
-Niel Gaiman 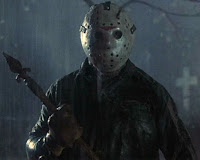 Something I get asked on occasion - especially after someone has read one of my books - is "where do you get your ideas?" I suppose almost every author has heard this question, in any format. I usually answer "I don't really know" which isn't exactly true, but its the most useful answer at the time.

I've been writing stories for almost all of my life - perhaps all my life, although I don't recall my first few years beyond a few scattered images: cucumbers by my grandparent's home in Durango; sitting at the top of a slide across from the back door in New Mexico. But when I go to sleep or have time on my own, when I would play outdoors or on a long ride, I would make up stories. I've done this my whole life without really even thinking about the significance of it, little tales that I pick up later on in the day from where I left off, or start up again as I lie in bed going to sleep.

For decades, telling these tales, I refined my ideas and style, inventing dialog, situations, plots, resolutions, crises, settings, and so on that started out simple and silly and got better and better over the years. It was just a way of passing the time. Most of the time I put myself into these stories as the protagonist, sometimes I'd have dreams about events and remember them.

So when I write, all these stories are in my head, stored away in some corner and unconsciously or consciously, I pull on them when I work on a book.

Like everyone, I'm heavily influenced by what interests and excites me in my life. When I read a book I particularly like, I remember portions of it, replay them in my head different ways. When I see a movie that isn't all that great, later on in my mind I rewrite scenes and change the story to fit what I figure would be better.

And then there are inspirations. For example in my books Snowberry's Veil the entire book started out with a concept: a wagon train in danger, so the guide runs off like a dying quail and leads the danger away to his own peril. In Old Habits the entire scene of him being chased through the city over rooftops and through buildings was inspired by the computer game series Thief. I have several pages of materials by my bed with scribbled notes. The most recent one goes like this:

A man shows up at our hero's house with papers and money. The man found them on a body of someone killed and gathered them. He had to use some of the money to survive, but earned it back and tracked down the person the papers were addressed to. It took a year, but he finally got it done. Our hero has no idea who the dead man was, why he's getting money, or what the significance of the letter is, and the story is him finding this out and why the man died.

Now, that's not enough for more than a few chapters, but its the intriguing basis for a plot, which I can perhaps use some day. It works best as a western, but with some changes can be used elsewhere.

Like everyone I'm influenced by my friends and life, and my stories tend to show that. I have a very strong sense of justice and the tales I tell tend to follow that theme. My heroes usually are flawed but incredibly capable because I find that kind of character more interesting than hapless losers or ordinary Joes like me. I write the kind of thing I want to read, and sometimes I write what I wish someone else had written in something I've read before.

One of my strongest inspirations is to take an existing tale and plug it into a different setting, creating an entirely new story. Old Habits is an example of this. I have a short story, or series of short stories in mind inspired by Call of the Wild telling the tale of a warhorse from birth through several owners cruel and honorable and the battles he faces, from the horse's perspective. I have a whole list of ideas like this, such as a fantasy version of Treasure Island or the story of a Jason-style monster (from the Friday the 13th movie series) but as a good guy; imagine an indestructible zombie... hero.

All of these ideas are bouncing around in my head, and I write most of them down so I can find them again in case I forget. But they're still in my memory which so far is pretty reliable, for this sort of thing, at least. I like how C.S. Forrester explains it. He says he gets ideas of this sort, then he lets them stew a while. He compares it to sinking a log down into the ocean and letting it sit for months. Then every so often he dredges it up and looks at the barnacles, seaweed, and shells on it to find out what's grown and how its developed. When he likes it enough, he uses it. That's kind of what its like for me.

I'll never get all these ideas on paper, I won't get every book in my head written, but I suppose that's true of most authors. Someday I even hope my books will actually sell well enough to sustain a modest living. But until then I'll keep coming up with ideas and trying to write something around them.

Incidentally Neil Gaiman has a great essay on the topic I recommend you read as well if you are still wondering where writers get their ideas.
Posted by Christopher R Taylor at 8:06 AM

I've been saying for a year that a Zombie Super Hero Movie is a billion dollar idea!

With my hobby of songwriting, most of my inspiration comes from hearing a great story about an episode in someone's life, or the history of a place, or the story of an old family heirloom, etc... and then trying to recreate that story with an interesting rhyme set to three or four minutes of music.

For instance, a friend of mine was telling me about his grandfather who started out in Oklahoma with the wheat harvest one year, followed the harvest as far as Nebraska, then went to a carnival one night and signed up for three rounds in the ring with the carny 'tough man', who he ceremoniously beat the pants off of five times in a row. The carny manager forbid him from entering the contest any more, but offered him a job as the new tough man, which he took, and traveled with the carnival for 3 or 4 months until his mail caught up with him and he found out he'd been drafted to go to Korea.

It was a great story, but that's all it was to me until I asked my friend if his grandad had a ring name, he said, "Yes, he was The Denver Bonecrusher". Something clicked and I knew I would be writing a song about that (I've been playing around with it for three months, have a chorus and an outline, but far from finished...).

Anyway, that's where most of my inspiration comes from.