WHEN FILIBUSTERS ARE BAD

"Isn't that conveeeeenient!"
-The Church Lady 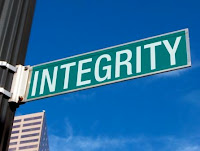 Probably most people are in agreement with me when I say I prize intellectual and ethical consistency. Even if someone is rotten, they are more respectable to me if they're consistently so than changing with the wind and personal gain. Integrity still ranks quite high in people's esteem even though politicians are getting sleazier and smaller every year.

And that's why when you read something like this from the New York Times, I think you sneer along with me:

It is time to end the ability of a single senator, or group of senators, to block the confirmation process by threatening a filibuster, which can be overcome only by the vote of 60 senators. We agree with President Obama’s call in the State of the Union address for the Senate to change its rules and require votes on judicial and executive nominees within 90 days.

This is a major change of position for us, and we came to it reluctantly. The filibuster has sometimes been the only way to deny life terms on the federal bench to extremist or unqualified judges. But the paralysis has become so dire that we see no other solution.

Yes, now convenient, just in time for Democrats to face filibusters of judges by Republicans the Times changes its mind on the topic... until a Republican is president again, that is. Here's the thing, though. The reason that 60 votes are required in the Senate for major decisions (such as treaties or lifetime judicial nominations) is that this means except in very rare cases (such as early in Obama's administration) the minority necessarily gets a voice in what is done.

The founding fathers and early Senators decided that some decisions were so critical that everyone had to have a say. And since getting 60 out of 100 Senators to agree on something almost certainly means that must include the minority, that's a way to ensure such a thing takes place.

The problem with the filibuster isn't its existence, its how the filibuster is done. You used to have to actually stand up and physically keep speaking (or have a series of people do so) until the other side gave in. The film Mr Smith Goes to Washington shows a classic example (incidentally, his filibuster failed). The last major real filibuster I can recall was the Democrats trying desperately to stop the Civil Rights legislation of the 1960s from passing. Yes, you read that right, Democrats. Sue your teachers if you didn't know that.

These days all you have to do is threaten a filibuster and its presumed to have taken place, and the other side caves in. Its pathetic. I am all for the filibuster in principle, but you have to force people to pay a price to make it work or it becomes meaningless. Unless its hard to do and has a personal cost, it ceases to have significance and simply becomes a political stunt. If you were to force some coddled multi-millionaire fat politician to actually stand up and talk for hours on end, chances are they'd find a way to get along with the majority more readily.

But the New York Times is just transparent here. They were all for filibusters - enthusiastically - during the Bush administration, and didn't care about them while the Senate was 60-40 in control of Democrats, but now suddenly they've had a change of heart! Yes, I'm sure they have.
Posted by Christopher R Taylor at 10:02 AM