THE POWER OF THE DIPLOMAT 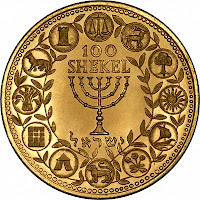 Every so often I get into an argument with conservatives about Israel. In principle I like the idea of defending and supporting Israel. Strategically it makes sense; they are an island of stability and democracy in a sea of radical Islam and tyranny in a very critical world region. At least until we get past such a strong dependency on oil, Israel is critical to world peace. And I support the idea of defending the Jews against their many, many life-long enemies in the region.

And here's where a lot of my fellow conservatives turn against me, because defending Israel has become a standard position on the right. The problem is, sending hundreds of billions of dollars a year to Israel to help protect and support them is not constitutional. Its a noble idea and useful, but the US Constitution doesn't allow congress to tax US citizens and hand that money to another nation.

The usual conservative response is one of these four:
The Right Thing to Do
The first is the most unfortunate choice. This is the exact same kind of argument that the left uses continually to shred the constitution with spending on whatever they feel is good and proper. The idea is that perhaps its not strictly legal, but its the right thing to do and sometimes you have to do that.

Which is how we're fourteen trillion dollars in debt and the federal government is the fastest-growing sector in the economy. Because people keep deciding they know better than the founding fathers and we can just ignore the rule of law when we figure its the Right Thing To Do©.

Conservatives are supposed to be characterized by our integrity in small government constitutionality. We should be the first to stand up for what is right and legal regardless of where it hurts us, because that's what honor is about: doing what is right whatever the cost. You cannot truly and honestly argue you are for small government and the feds being restrained by the US Constitution if you're willing to just abandon it for what you consider a good cause.

God's Chosen People
The second argument is the hardest to work against, because it isn't based on conservative small government ideals, but rather a late 19th century system for interpreting prophecy called Pretribulational Premillennial Dispensationalism, which views Israel as a special place where the final battle against evil is going to be held: Armageddon. The problem is this means that the person making the argument could care less about the constitution because God's law trumps man's law.
However, I'd argue the flaw in this is the presumption that God cannot protect and use Israel how he means to, and requires the United States of America to be his agent. That's not just silly, its blasphemous. It is true that the US has a moral duty to protect the weak against the oppressor wherever it takes place, but that duty does not trump the duty to follow the law.

Further, Israel's status as chosen by God or not is irrelevant to our spending. The Bible teaches that everyone who is a Child of God is chosen by Him and further is grafted onto Israel and part of the true Israel, at least as Paul argues. Hence, the argument we have to spend money to protect and support Israel would argue we must do so with every Christian on earth, wherever they live. And at no point does the Bible ever make the case at any level that governments must support Israel monetarily or otherwise, however the term is defined.

You're Inconsistent
The third argument is difficult because like everyone, I'm flawed and inconsistent. I strive to be very consistently constitutional, but I'm sure there are areas I'm not. One area that is usually brought up is the military. The argument goes that the US Constitution has no specific provision for the standing military, as the US currently holds no matter what status of war or peace it is in.

However, the US Constitution clearly and inescapably gives congress the power to levy troops and pay for a military. They cannot keep that payment going for longer than a certain period of time, but they are free to do so and continue it if they choose to in Article 1, Section 8:

To raise and support Armies, but no Appropriation of Money to that Use shall be for a longer Term than two Years;

And in any case, if I'm inconsistent or mistaken in some point about application of the US Constitution, that does not then argue that we ought to be institutionally so about Israel. My being wrong doesn't then make doing other wrong things acceptable. Hypocrisy or inconsistency does not excuse wrongdoing.

Diplomatic Immunity
The final argument is the diplomatic one and it is the most compelling. This argument holds that the US Constitution permits congress to fund and the executive branch to establish diplomatic connections and activity between foreign nations and the United States. Thus, activities under this penumbra are permitted, such as foreign aid.

Indeed, diplomacy and interaction with foreign countries is one of the few areas which the federal government is permitted to act. And that will accrue expenses which congress is certainly permitted to levy taxes for and pay into. However, diplomacy is limited to certain kinds of specific activity. Diplomacy is not an open door through which congress may shove any pay or activity whatsoever. Like the General Welfare clause the left tries to use to permit every single action whatsoever congress wishes to engage in, diplomacy must be limited to proper diplomatic activity, or it demolishes all limitations on government.

And diplomatic activity is pretty specific and well known. It is about negotiating treaties, assisting citizens in foreign lands, protecting national interests in the area, handling the initiation or end of warfare, expediting communication between governments, and promoting goodwill between nations.

Now it is possible that you could squeeze "sending hundreds of billions of dollars to another nation in aid" into that, but I think that's a step too far. Foreign aid is usually distributed and handled by diplomats, but is not actually a part of diplomacy. The reason it is handled by diplomats is because they're in the nation, and this gives them leverage, not because it is an organic part of their proper work.

Flooding a foreign nation with aid is a fairly recent development, although countries would send military aid to nations at war with countries they were opposed to or personally fighting (such as France to the United States during the Revolutionary War). It has not been very long in human history where nations would dump huge amounts of cash on other, less fortunate or poor ones and almost exclusively has been a 20th century phenomenon continued into this century.

The founding fathers never foresaw such an idea, since it wouldn't have made any sense to them. They saw the US as self-sustaining and isolated, avoiding the diplomatic entanglements which had ensnared European nations in war after war (and afflicted the US in World War I). The concept of handing other nations the results of US Citizens' hard work and time would have been shocking and inconceivable to them.

Enumeration
Because one of the most basic notions of the founding and construction of the United States was that all power belongs to the people. This basic principle of government of, by, and for the people is one you rarely hear about any longer because it so uncomfortably interferes with the left's concept of an all-powerful central government protecting and giving everyone what they need. But it is an incredibly foundational and integral principle to the United States of America.

Because all power resides in the people of the US, the Constitution then shifts focus from being the modern perception of a document listing many of the government's powers to being a restriction of the only powers the government has. This principle is known as "Enumerated Powers" and presumes that the constitution is a list of things government can do and no more, with every single other thing not specifically mentioned being reserved for the states and the people of the US (as the 10th amendment clearly states).

So if the US Constitution doesn't say the government can do something, it can't. Period.

And that means that unless something can be reasonable understood from the US Constitution's specific writing, it isn't something the federal government may do, ever. In case you're interested, there are a lot of things now practiced not specifically listed in the constitution (such as the funding and existence of the US Air Force) but are proper by reasonable and strict interpretation of the document through the writings of the founding fathers. There does have to be some leeway in interpretation because the document was deliberately written to allow future changes (such as airplanes) to be covered.

That said, I'm open to convincing on the diplomacy angle, because that seems somewhat plausible, if not very compelling to me.

Ultimately, however, even if you could somehow make a proper case for sending money to countries overseas, we're past the point its a reasonable activity. With fifteen trillion dollars of crushing debt piled on us all, its irresponsible to be sending money in stacks to people outside the United States. Its obvious that the federal government is incapable of actually doing the job its called to do for the people of the US. All governments have a duty to specifically and directly serve and protect their people, then those of other nations. We have to get our house in order before we can start sending money to other countries again.
Posted by Christopher R Taylor at 10:11 AM

I very much agree with what you say here. It gets very frustrating to read about our federal government spending tens of millions of dollars to, say, make a version of Sesame Street for Pakistani television, when the American community where we live is having to lay off policemen and fire fighters. That's not to say it would be any more Constitutonal for the federal government to fund our police and fire department budget for us, but it's just maddeningly unfair to be forced to pay for those types of things at the expense of these types of things (and one does come at the expense of the other).