"Adam Smith told us that whenever two capitalists get together, their conversation turns to scheming on how they can get the government to restrict entry into their business, and thus reduce competition." 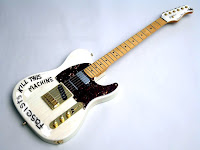 What other people call "crony capitalism" I just call cronyism because it has nothing to do with capitalism. Its rather the opposite, in fact, of the free market. Ace at his HQ (and Senator Jim DeMint R-SC) calls it "Venture Socialism" because its offering funds for companies to expand socialism with the presumption of future rewards.

By either term its the same thing: businesses working to benefit themselves through government regulation and law in such a way that it hurts their competition. The idea is that these businesses figure the laws are going to happen anyway, so its in their best interest to find a way to work with the system to their best advantage (or, at least, least detriment) and hurt any competitors. That's why Goldman Sachs and other mega corporations have such an in with congress. Jerry Pournell writes:

More lobbyists mean more revenue for the Nomenklatura, more parties for the staff, more campaign donations for the Members of Congress and the Senators. Even “good” lobbyists (i.e. ones advocating policies we approve of) raise the cost of doing business. This results in more regulation, which results in higher to prohibitive startup costs in any industry which can get the attention of the Nomenklatura (and you can always get that attention if your lobby budget is large enough), which results in reduced competitiveness, more pay for “compliance officers” who produce nothing, higher costs for the affected trade, and higher costs for the consumer. Eventually that drives jobs overseas, so the lobbyists then turn to restricting imports.

So it works to benefit both sides: government and business - at least the business which wins in their lobbying efforts. They've gone way beyond lobbying directly into helping to write legislation and craft how agencies apply that legislation.

To a certain extent this is reasonable. If a bill is going to affect insurance, then its not just reasonable but proper for insurance companies to have their say and help agencies understand how that will affect them and be applied. To an extent. But these businesses have long since crossed that line.

The problem is, we've reached a point where for a business to prosper, even survive, in America, it has to work through the government. Its not enough to run a good business and try to follow the law, you have to actively work to protect your business from government regulators and competitors who are lobbying the government.

Consider Gibson Guitars, who ran afoul of the federal government for importing a kind of wood that lobbyists had made legally questionable. Kimberley Strassel explains how that came about at the Wall Street Journal:

On a sweltering day in August, federal agents raided the Tennessee factories of the storied Gibson Guitar Corp. The suggestion was that Gibson had violated the Lacey Act—a federal law designed to protect wildlife—by importing certain India ebony. The company has vehemently denied that suggestion and has yet to be charged. It is instead living in a state of harassed legal limbo.

Which, let’s be clear, is exactly what its persecutors had planned all along. The untold story of Gibson is this: It was set up.

How, you ask?
Well here's what happened. It started with the Lacey Act in 1900 to control imports of rare and exotic animals, so you can't just bring tigers and wombats into the US. The idea was to control trade of illegal game and give the government the power to police this at the borders. Except in 2007 the law was expanded because of lobbying by environmental groups, labor unions, and industry groups. Strassel explains:

Congress had previously resisted such a broad definition for the simple reason that it would encompass timber products. Trees are ubiquitous, are transformed into thousands of byproducts, and pass through dozens of countries. Whereas even a small U.S. importer would know not to import a tiger skin, tracking a sliver of wood (now transformed into a toy, or an umbrella) through this maze of countries and manufacturing laws back to the tree it came from, would be impossible.

Furniture maker Ikea noted that even if it could comply with the change, the “administrative costs and record-keeping requirements” would cause furniture prices to “skyrocket.” The wood chips that go into its particleboard alone could require tracking back and reporting on more than 100 different tree species.
Which is exactly what the Lacey expanders wanted. The drive was headed up by a murky British green outfit called the Environmental Investigation Agency. The EIA is anti-logging, and, like most environmental groups, understands that the best way to force developing countries to “preserve” their natural resources is to dry up the market for their products. They would prefer that wood be sourced from the U.S. and Europe, where green groups have more influence over rules.

The EIA was joined by labor unions such as the Teamsters and industry groups such as the American Forest and Paper Association. As Mark Barford of the Memphis-based National Hardwood Lumber Association told one news outlet: “We need the protection of the Lacey Act.... Our small, little companies cannot compete with artificially low prices from wood that comes in illegally.... This is our Jobs Act.”

Although other guitar companies used the same wood, Gibson was targeted for daring to use wood covered by the now-expansive Lacey Act. Why? Well its a famous wood importer that the American Forest and Paper Association wants to make an example of, and besides the company tends to support Republican politicians and is not sufficiently leftist. And, most importantly, they didn't lobby to get protection from the government. It didn't matter that the Indian Government gave Gibson paperwork okaying the export of this wood, it didn't matter that other guitar companies were importing the wood. Gibson was too big and had to be taught its place.

Its one thing for groups to hire someone to go to congress and present their side of things, to argue for their ideas or concerns. That's what lobbying is all about. The problem is lobbying has become a multi-billion dollar industry and became a tool to get government to do what you desire. Then it went beyond that into being a necessity for businesses to control damage and competition.

When government becomes so powerful and expansive that it controls every aspect of the economy and your business, you must spend money, give gifts, and bow to the legislators, paying your tribute in hopes of a positive outcome. Every new business-related bill that passes will damage your company unless you can find a way to work with government to avoid the damage, minimize it, or at least be aware of it before it hits you.

So government becomes less a tool of the lobbyist and more a mob boss who demands tribute and regular protection payments or, well things burn, don't they? And so now, if you don't lobby you're in trouble. Consider the pharmaceutical corporations and the Government Health Insurance Takeover Act. When the legislation was being crafted, they strongly opposed the bill, but couldn't stop it - no one could, because the Democrats were hell bent on getting this bill through no matter how much opposition they faced, this time.

So these companies were forced to go to congress bowing and scraping to get some measure of protection from the legislation's effects on the industry. Gifts and praise were given, obeisance was shown, and some of the damage that was going to happen was staved off.

The problem is that government is too big. Because the US Federal government, under the flimsy cloak of the commerce clause, has become a massive monster with tentacles in every aspect of life, businesses have to appease this creature to function. Because government has become so pervasive and controlling in the economy, businesses are able to control their destiny and cripple competition by lobbying and helping craft legislation.

If the US Federal Government was not so unconstitutionally mammoth, there wouldn't be the need to lobby or the motivation to do so. Companies wouldn't need to fear the next bill being written and government wouldn't have the power to help or harm businesses with legislation and regulation. Power invites corruption, because power means you have the ability to do what a corrupter desires. No one tries to bribe a bum on the street, he can't give you anything.

So to the extent government becomes powerful, that's the extent corruption will be attempted, and humans being what we are, become successful. The more powerful and extensive a government becomes, the more corrupt it inevitably will be. That's why tyrannies are always defined by corruption and graft; if survival means keeping the government friendly, then its worth paying them to do so.

So the only way to stop this cycle of ever-rising corruption and lobby abuse is to weaken and shrink the federal government. There is no law, no idea, no restriction, no regulation that will stop it, or even slow it. In fact, the more laws and regulations you put into place, the more corruption will occur to protect people from those laws and regulations. Smaller, constitutional government is proper, more virtuous government. And in the end it means smaller, more controllable businesses. Gigantic megacorporations thrive in corruption and lobby cultures, they survive on heaps of laws, because each one is just a tool to get bigger and get away with what they want.

I agree, and even if we shrink the federal governmet it won't stop this kind of stuff... it will just disperse it to the states. But we would still be better off if the lobbying firms had to endure the cost of lobbying for 50 laws in 50 states rather than one law at the federal level.

Yeah I almost wrote about that but thought it would dilute the point; having to spend money on all states would be significantly more difficult and less attractive than to one government.