"Tell me, which Santorum do you hate?" 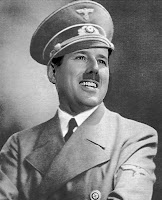 Rick Santorum has been doing quite well in the polls lately. And, because he's doing well, he challenges the GOP elites' choice of candidate in Romney, so the attacks on the right have been getting louder. Since Santorum is a social conservative, those attacks are particularly vicious and brutal from both the left and the right, because if there's one person a socially left leaning person hates most, its a social conservative.

The book on Santorum seems to be that he's a big government tyrant who'd force every woman to be barefoot and pregnant in the kitchen, outlaw fun, and ban sex. Which begs the question about pregnancy, but there you have it. They're trying really hard to portray the guy as freaky, wierd, and terrifying, and in the process are often showing how tone deaf they are to much of America.

Take the incident where Santorum and his wife brought their baby home who had died after a few hours of struggling to live. That was portrayed as frighteningly bizarre, cultish, even monstrous. Whereas many people in America just thought it was so sad that their child had died. It reminds me of some of the attacks on Sarah Palin which were based not on her being so weird, but on her being more rural than the elite left. They thought she was alien and frightening when much of America thought she was more like them.

Now, Santorum said in his book that some might call his ideas "big government conservatism" so maybe there's something to this idea. Its an area I sometimes clash with fellow social conservatives in; I don't think its the government's job to make people good. There clearly are areas the government should be involved in, but they seem to have a tendency to take it too far. "Blue" laws like banning alcohol were the product of social conservatives, for example.

However, most of the arguments I'm seeing appear to have little weight to them. Take this one, from Ilya Somin at the Volokh Conspiracy:

When moderator Megyn Kelly pressed him on what he would do as President, he fired back, “We are playing social experimentation with our military right now and that’s tragic...going forward we would reinstitute that policy if Rick Santorum was president, period.”

Santorum acknowledged that he couldn’t do much about those men and women currently serving in the military that have admitted to being gay, but concluded by saying, “Sex is not an issue, it should not be an issue, leave it alone and keep it to yourself whether you’re a homosexual or a heterosexual.“

In Santorum’s army, not only would gays be required to keep their sexual orientation secret, but so would heterosexuals. An equal-opportunity closet for all!

At no point did Rick Santorum argue that everyone must keep their sexual orientation secret. He simply said he'd reinstate the Clinton-era policy which only the most radical thought was some shocking violation of human rights, and then pointed out that sex is private and be kept to one's self. Like most people, I suspect, he's a bit tired of homosexuals apparently feeling compelled to scream constantly to the world that they like sex with their own gender. Just shut up.
Yet the response is: see that crazy santorum! He's so scared of gays he wants to force everyone in the closet! Look at how craaaazy he is!!!

In fact, the Volokh Conspiracy has run a series of "look at how crazy Santorum is" articles, such as this one by Jonathan Adler, who quotes Santorum:

I’m a very strong supporter of the 10th amendment . . . but the idea that the only things that the states are prevented from doing are only things specifically established in the Constitution is wrong.

Our country is based on a moral enterprise. Gay marriage is wrong. As Abraham Lincoln said, states do not have the right to do wrong. And so there are folks, here who said states can do this and I won’t get involved in that.

...as a president I will get involved because the states don’t have a right to undermine the basic fundamental values that hold this country together. America is an ideal. It’s not just a constitution, it is an ideal. It’s a set of morals and principles that were established in that declaration, and states don’t have the right, just like they didn’t have the right to do slavery.

Except, he didn't say that he'd do so. First off, he doesn't make any specifics, so it isn't clear what he means by "get involved." This could simply mean official public statements in opposition, or it could mean the withholding of federal funds from states who do what he believes is morally wrong.

And while I don't think states should be getting most of these federal funds to begin with, there's nothing unconstitutional about a president using his powers to exert pressure against things he disagrees with. There's nothing even particularly remarkable about it, since they've been doing so since the first president was elected.

Ilya Somin chimes in again, this time arguing that Santorum wants to violate the US Constitution to stop what he considers immoral:

Although I’m no fan of Santorum’s, there is a small kernel of truth to his argument. Some evils are so great that we may be justified in violating constitutional limitations on federal power in order to eliminate them. Slavery is probably the best historical example. Even some anti-slavery jurists, including Dred Scott dissenter Justice Benjamin Curtis, thought that Abraham Lincoln had exceeded his constitutional authority when he issued the Emancipation Proclamation.

But there is a big difference between claiming that we are morally justified in violating the Constitution in some extreme cases and concluding, as Santorum did, that the Constitution allows the federal government to “get involved” whenever the states are committing a “wrong.”

Both Lincoln and Roosevelt repeatedly violated the US Constitution when they thought it was preventing a greater good. President Obama is presently doing the same thing. But that's not what Santorum said he'd do. Rick Santorum did not argue that since some things are violating a greater, higher law than the constitution he can violate the constitution to stop them. He pretty clearly didn't say any such thing, and Mr Somin ought to know that, being a legal scholar and having just quoted Santorum's remarks.

Rick Santorum is right about moral issues. There are certain things which are constitutionally permissible but utterly wrong. States, for example, can make child prostitution legal, but it would be wrong. The States in the US are incredibly free to make independent choices and craft laws unique to their borders which the federal government may not. That doesn't make what they are doing right somehow, just not constitutionally banned.

And it is a fact that the president of the United States has a duty to stop awful laws like that using whatever powers he legally has at his disposal. Now, how far would Mr Santorum take this? I don't know from the quotes these people are giving. And that's the problem: its not that he isn't necessarily a bit extreme in his policy designs, its that these people aren't demonstrating that in their arguments.

I have a basic problem with Santorum because he isn't fiscally conservative. He voted for the prescription drug medicare expansion. He voted for just about everything that the Republicans passed while Bush was president and was an example of the GOP that conservatives railed and fought against. I would never vote for this guy to be my congressman, he showed he's lousy at the job. Were we not under President Obama, I wouldn't vote for him to be president because he would be nearly identical to President Bush: socially conservative, fiscally profligate.

But the man isn't some demented fascist like people are trying to argue, and they are making such weak cases of him wanting to implement social conservatism on everyone I'm questioning whether that's even true. Its inevitable that when a leftist makes a moral statement they necessarily and inexorably mean "so the government should stop it." They know no other authority than the government, they cannot conceive of any other manner of regulating or controlling behavior. But does Rick Santorum think that? I'm not seeing the evidence.

The truth is, while the left dislikes fiscal conservatism, they aren't that concerned by it - its almost never, ever been actually implemented. What they fear and hate the most, and what fiscal only conservatives and libertarians hate and fear the most, is the social conservative. Deep down they seem to feel that social conservatives are going to kick their door down and make them stop watching Cinemax late night movies. That social conservatism is inherently evil and tyrannical, restrictive. That someone, somewhere might disapprove of what they do and have any power whatsoever. And that's the little secret of why President Bush was so hated by the left.

So while opposition to Newt and any other "not Romney" was strong, the flavor of opposition to Santorum is bitter, cruel, hateful, and often quite vile.
Posted by Christopher R Taylor at 8:25 AM

I'm not a fan of Santorum for the same reasons you mentioned... he is practically the poster boy for what was wrong with Republicans in the 2000's (with Newt being responsible for leading them down that path in the first place).

His stance on social issues certainly doesn't endear him to me, but ultimately I could support a fairly strong social conservative if I believed they were serious about fiscal issues (Tom Coburn is a good example of such a socon who I disagree with on some social issues but enthusiastically support anyway).

In fact, I think Santorum brought up one of the most interesting arguments I've heard during the debates: that a large part of our current and future economic woes are due to the socio-economic effects of the exploding number of single-parent homes. That's an issue that is worth looking into, though I doubt I'd agree with Santorum on what the federal government should do to address it.

The story about their baby is tragic, but also strange enough to warrant comment, and his wife wrote (and possibly profited from) a book about the experience, so to some extent they have invited the public to take interest, for good or ill.

I will say that far as social conservatives go, Santorum is one of the best at calmly and rationally making arguments for his position. I watched a town-hall meeting he did in New Hampshire over the weekend, surrounded by northeastern liberals and libertines who only wanted to talk about his view towards homosexuals, and while he didn't change anybody's mind he was as respectful as one can be in explaining his position on gay marriage. It has to be very hard for secular gay people in this nation to listen to conservative Christians talk about gay issues, and Santorum approaches those issues with tact, but at the same time he doesn't back down from his principles.